<br>Soon after you arrive at Neverwinter your party will be ambushed by a mercenary named Bennon. He was hired by a man called Leldon who apparently had had some relations with Neeshka. Defeat the assassins and talk to the girl to hear their story.

Some time later, you'll be attacked again. This time it will happen in Merchant Quarter and the assassin will be named Tremmel. The fight is unavoidable. From the conversation that'll commence later you'll know that you just have to make Leldon learn a lesson. Neeshka will suggest robbing his own house. Go to Moonstone Mask in Merchant Quarter and talk to Ophala. She'll point Leldon's hideout on your map. 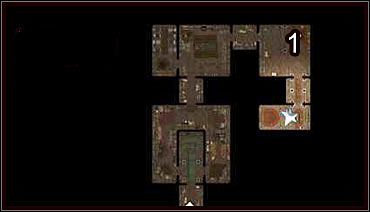 Avoiding the traps, go through the hideout all the way to the treasure room (1). In there you'll encounter Leldon himself, so buff yourself before entering and fight him and his goons. When you deal enough damage to him, he'll run away. Rob his treasure chest and leave.

At the beginning of Act II when you leave the Flagon you'll be approached by a woman named Tasha. She'll tell you that Leldon is going to make his greatest heist and then quit the job of being a thief. Neeshka wants to beat him to that goal and rob the Collector's mansion (N3-2) before he does. Be supportive to her and you'll get some influence bonus. Head for Blacklake. 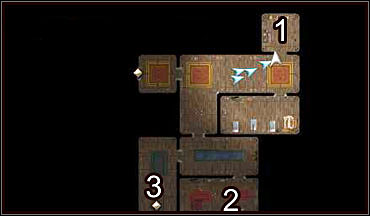 Pick the lock to enter the mansion (N3-2). Inside you can either fight the guards or choose one character and separate it from the rest to sneak past them. You won't find any treasures here, but go to the kitchen (1), pick up a bottle and place in the water container to fill it up, then take it again. Now go to the collector's wife (2) - if you're good with words, you'll be able to convince her to help you rob her husband. In the other case kill her or steal a key from her, it will enable you to go upstairs (3). 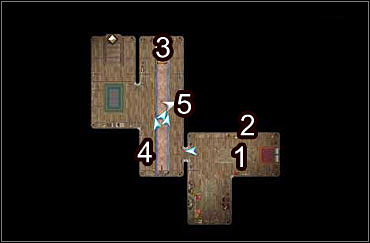 First of all talk to the Collector (1). He will resist you, even if you threaten to kill his wife. In order to break him without resorting to violence, grab a picture from the wall (2) and threaten to destroy it. He will give you one of the keys you need to open the safe (5). Now use the filled bottle on a fireplace (3) to get the second key. Grab a book from the shelf (4), it contains the riddle that gives you the password you need - it's 513. Use the two keys and enter the password to get the safe open. Leldon will show himself and you'll have to fight him. When you defeat him, the mission will be over. All that's left is to loot the safe from all the valuables that are in there.