Our likable dwarf will tell you about his quest at the very beginning of the game, during your first longer conversation. He wants to go to Neverwinter and pay a visit to Temple of Tyr there to begin his training as a monk. Once you can go to Merchant Quarter, you're free to enter the temple. Take Khelgar there and a monk named Hlam will tell you about 3 trials that the dwarf has to take.

Trial of the Maimed

A location called Dwarven Scouts will be revealed on the world map once you talk to Hlam. Go there to meet some dwarves preparing to take back their stronghold, which is currently overrun by bugbears. Offer your help and process forwards. At (1) you'll see a dead scout's body and a monsters' trap. At (2) there's a chest with some worthwhile items. At (3) there's an imprisoned dwarf that you should set free once you defeat the bugbears around him. Go to the end of the area (4) and enter the caves. 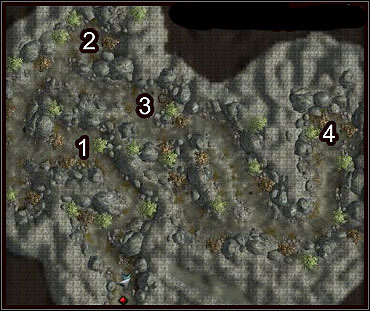 At (1) there's a piece of mechanism that you have to use in order to open the door at (3). Along the way (2) you'll see a group of bugbears fighting over some gold. If you successfully hide in shadows, you'll only have to fight the remaining two of them and grab the gold. 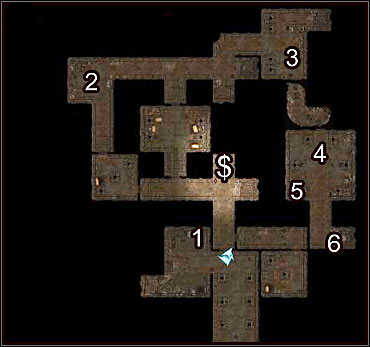 At (4) there's a mini-boss, a moderately tough ogre. When you defeat it, check out the nearby chest (5) to find an Ironfist relic. Admit that Khelgar's the one to keep it and you'll get +4 Influence on him. Go to (6) and make sure you get the journal entry about the dead end, and then go back to the scouts and tell them of your findings.

Trial of the even-handed

The second of Khelgar's sub-quests is admitting that Neeshka and Elanee aren't as bad as he initially though and said. You just have to work on him in conversation, and the only way to succeed is to have a high influence. To raise influence on Khelgar, be supportive when he starts to argue with someone and generally behave in a way that satisfies his in-your-face attitude.

The last trial before Khelgar is to be able to tell the difference between a just and unjust battle. This quest is integrated in the game's main plot - it'll be completed at the beginning of Act II, when Khelgar volunteers to take your place in a duel against Lorne.

When you do all the three side-quests, go back to Hlam and tell him that you did. Once more an influence check will be performed, and if you succeed, Khelgar will loose all of his warrior abilities and become a monk (you can build him from level 1 up to the current level of your party, as he keeps the experience points). Does it make any sense? Well... Not necessarily, as Khelgar is a great tank and one of the most powerful fighters in your party. As a monk, he's... well, just a monk. 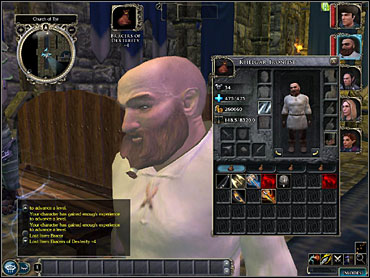