While leveling you will be learning new aspects of the game informed about new unlocks and many other things by tooltips system, also after leveling up window with new unlocks will appear, you can see details of what you have unlocked by pressing "U". 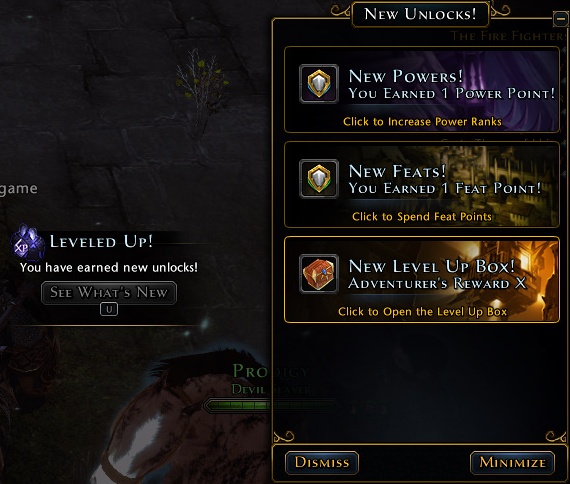 In New Unlocks panel you will see series of blocks informing you about new content, giving you some new quests and blocks opening character window to distribute new power and feast points.

First few levels game will be spending earned points to show you haw each class works, but after level 6 you will have to distribute those points by yourself, later there won't be so many "milestone" levels with new content:

1: You are starting the game with first At-Will skill, you can also use tactic skill ( "Shift" key)

6: From now on you will be distributing all points by yourself

16: You can start using companions

20: Two ability scores to distribute, you can ride mounts and upgrade skills to rank 3

60: 1 Ability Score point for all abilities