As a new player you really want to know where you are. You can toggle the local map with "M" key or by clicking on the compass icon by the minimap. In Neverwinter every single element important for your or not is marked on the map

After pressing "M" you will see large map of the area, at the beginning the majority of it will be slightly dimmed (covered by "fog of war"), it means that you haven't been in this part yet. Discovering the map as a whole pays with finding treasure chests, viewpoints, new tasks and, of course, better readability of map itself.

Under the map you will see the coordinates (X and Y) of your current location, option to zoom map (you can also zoom using mouse wheel), button allowing you to center map view on your character and the Change Instance button for changing location instance. 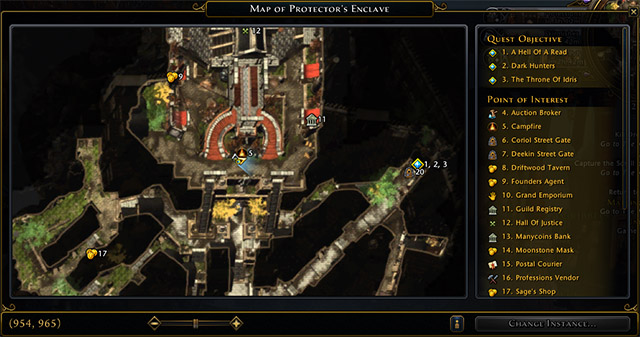 On the right side of the map window is the legend, clicking on any element will center the map on it. You will see various map icons here:

Icons visible on maps will also appear above heads of many NPCs indicating vendors or quest givers.

Each icon on the map is assigned to the number, the same number can be found in the map legend, this helps finding the different elements on map (especially ones with same icon).

After leaving the local map you will see world map allowing you to change locations, there are only few icons used in world map: your character arrow and quest icon. 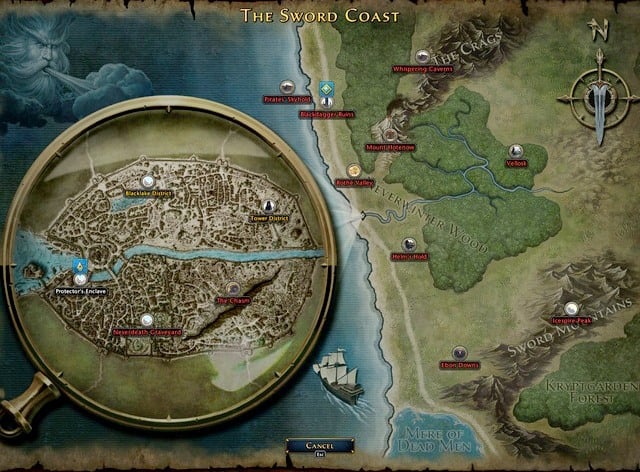 Quest icons on blue background point you to places where you have unfinished tasks, icon on the orange background indicates quest tracked by quest path. 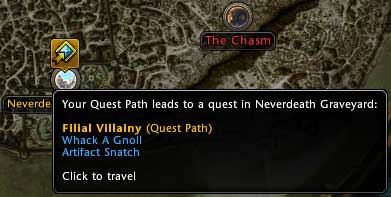