Welcome to the unofficial guide to "Need for Speed: Most Wanted", one of the most playable arcade racers of the year. First of all, I would like to say that this guide will be useful mostly to the less experienced players. Those of you who have been in a lot contact with professional racing simulations shouldn't have any problems with "Most Wanted", however you might find some of this guide interesting. The following guide has been divided into three main chapters.

The first chapter is by far the biggest one. It contains a detailed walkthrough of the singleplayer Career mode. I've concentrated my efforts on explaining things you need to do in order to move on in the career. That includes completing all sorts of races, beating down guys from the Black List, and taking part in the dynamic police chases. Bear in mind that the walkthrough concentrates only on those challenges who aren't that hard, but they are needed to move on in the career. Finally, the walkthrough section offers help with successful management of your profile. That includes buying new cars and making them better all the time.

The second chapter has been prepared mostly for the unexperienced drivers. It contains several hints including steering your car properly or using the nitro button in order to leave your opponents behind. I've also decided to say something about the types of races you will be encountering along the way.

The final chapter of this guide contains a list of cars available to buy in the Career mode. You will also be presented with a lot of hints on how to tune them properly, although you should remember that this aspect of the game has been simplified in a major way.

Well, that's what you should expect from this guide. Let's get on with the business. Have fun!

About Need for Speed: Most Wanted (2005) Game Guide

Hot Topics of Need for Speed: Most Wanted (2005) Game Guide 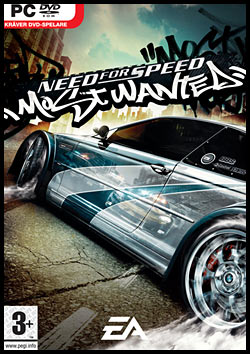 From the makers of the hit Need for Speed Underground series, Need for Speed Most Wanted challenges players to become the most notorious and elusive street racer.
Combining illicit street racing and tuner customization with the intensity of strategic police pursuit that surpasses any Hollywood-style chase scene, Need for Speed Most Wanted will be on every gamer's 'must-have' list this holiday season. Out-race rivals, evade cops and exploit hundreds of miles of open road as gamers make their way up the Blacklist.To become the most wanted racer, players must build up their street cred and Rap Sheet with gripping, white knuckle, head-to-head races with the top drivers on the streets, as well as pull daring, evasive moves to out-run and out-fox the cops that patrol the open road. Players can manage their heat or utilize a number of strategic tactics to keep the cops off their tails as they leave their rivals behind to suck their exhaust fumes.
Need for Speed Most Wanted also features a variety of the hottest cars that range from tuners to super cars. You can customize your ride to race against any class of vehicles.
- Open Road, Open World: Rule the streets as the most notorious street racer in various regions that include edgy industrial and urban environments. In the game, the environment can be a friend for a foe. Players will master short-cuts as well as use the traffic and destructible environments to their advantage.
- All-New Gameplay: Need for Speed Most Wanted features new and exciting gameplay that incorporates strategic cop pursuit and skill-based evasion techniques with illicit street racing.
- Visual Customization: Whether gamers are trying to lose the cops or they just want to pimp their ride, Need for Speed Most Wanted offers extensive visual customizations.
- Blacklist: As players enter the world of illicit street racing, they must go up against the best street racers on the scene to earn respect and rise to the top of the Blacklist.
- Rap Sheet: Players will build up their Rap Sheet with record breaking times, street challenges and out-foxing an escalation of police vehicles, tactics and technology.
- Performance Tuning: Can't compete against a sports car? Head to the safehouse and tune up your ride to race against any class of vehicles.
- Next-Gen Graphical Features: Need for Speed Most Wanted for the next generation console delivers the next level of graphical excellence in video games. Utilizing graphical techniques including normal mapping and real-time lighting, the graphical experience is incomparable to any racing game on the market.
- Race Online*: Need For Speed Most Wanted features online play for Xbox 360, Xbox, the PlayStation®2 computer entertainment system and the PC.

Need for Speed: Most Wanted (2005) Game Guide is also available in our Mobile App