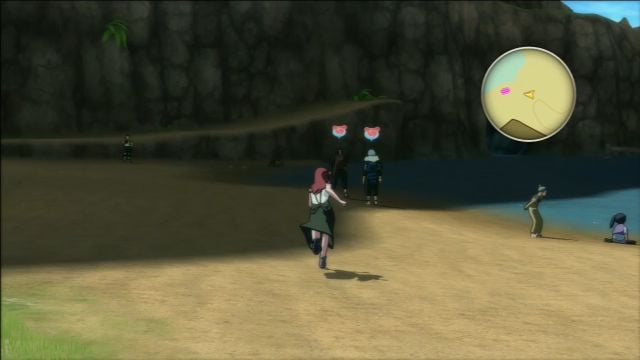 An ally event, which will be unlocked after the completion of qualifying round of S Rank tournament. To begin it, go to the Teleportation Ninja and teleport yourself to the B Rank Tournament Reception (Festival Beach). After reaching the place, jump down and go North - near the beach you will find both the First and Second Hokage. Start the conversation - after a short while you will regain control over your character and you will have to talk with them again to start the event.

This is one of the hardest fights in the entire game. The Second Hokage can attack both from close range (which he does most of the time) and harass you with water attacks from afar. The enemy will use blocks and substitutions all the time, and his brother, First Hokage, will support him with his long-ranged attacks. Do whatever it takes to avoid getting caught in the Ultimate Jutsu - both Hokages will take more than one full bar of your health. Use your blocks, substitutions and support, and you should be fine.

Afterwards, you will have a short conversation, after which the event will be completed and you will receive: