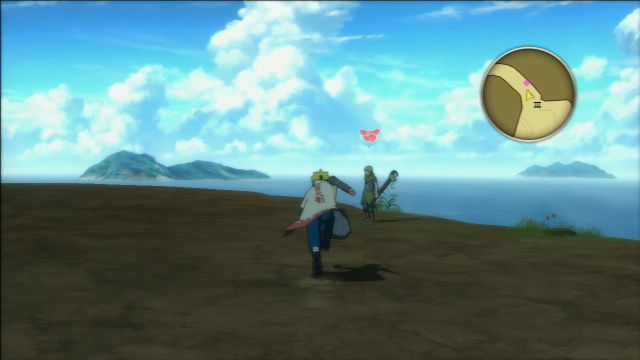 The start of the event - Yagura.

One of the ally events available after the completion of the preliminary round of A Rank tournament. To begin it, teleport to the A Rank Tournament Reception (Festival Plaza). Afterwards, leave the building and turn to the right (North). Run along the narrow tunnel, until you reach more open terrain - continue forward, into another narrow passageway. You will stumble upon Yagura. During the conversation you will learn that you have to find his companion - Utakata. 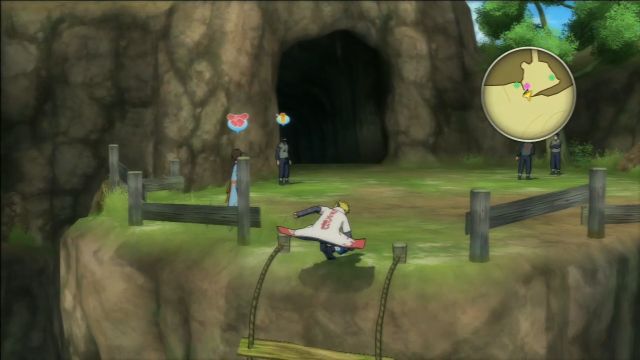 Go to the Festival Beach (B Rank Map). Locate the Employment Office (to the North from the Teleportation Ninja), located on an elevation. Climb up the ladder - there should be Utakata waiting for you. Start a conversation with him, and prepare for a battle, in his tailed beast form (True Awakening). He's a specific fellow - he will be standing still for a couple of seconds, during which you can freely attack him. After he starts moving, it's best to just gain some distance, as he will be spitting some poisonous bubbles, which will lay negative effects on you upon contact. After he stops attacking, you can get closer to him and hit him a few times, until he is defeated. 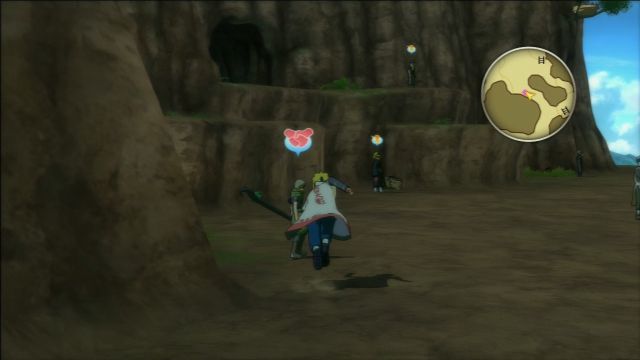 And here's the mad Yagura.

After you've defeated Utakata, go to the place where you've met Yagura - Utakata will be there, together with a bonus character. You will learn that Yagura went to eat something. Go back to the building with the A Rank Tournament Reception and locate the ninja by one of the shops. After a short conversation the youngster will flee. Leave the building, go down the stairs and turn to the right (North). After a short while you should stumble upon your loss. You will now have to fight Yagura. Just as with the previous encounter, this one is rather easy - don't let Yagura activate True Awakening and everything will be ok. Once the event is over you will be given: