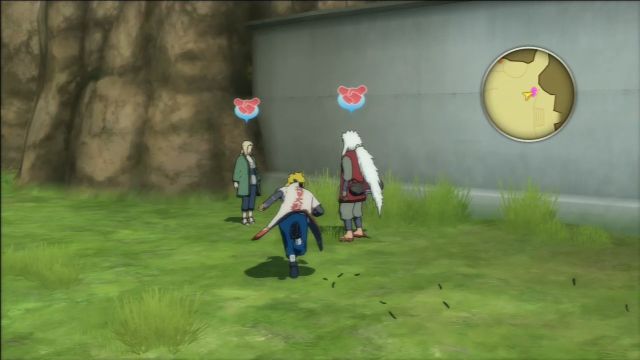 Another ally event, available to you after you've completed the B rank tournament (before the qualifying round of A rank tournament). To begin it, go to the save point on the Festival Plaza (Rank A Map). You will find Jiraiya and Tsunade there. Speak with them and begin an easy quest - you must defeat Tsunade in a game of "Rock, Paper, Scissors".