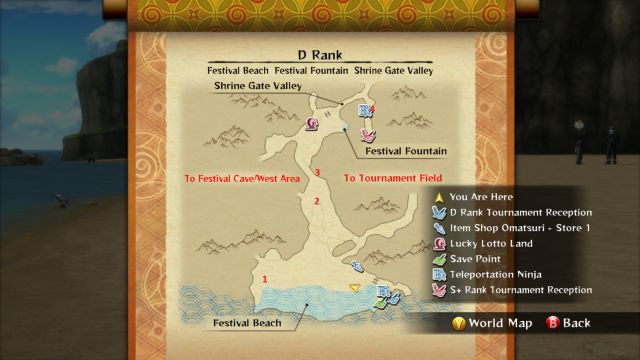 The event is available after completion of class D preliminary round of ninja tournament. Additionally, there's one condition - you have to play with a different character than Naruto, Sakura, Kakashi, Yamato, or Sai. The event can be initiated on the beach, near the place in which you were dropped out of the boat when you came to the island. Approach two ninjas standing on the beach and begin the conversation. From it you will learn, that you will have to find their colleagues - Sakura and Sai.

After the encounter and a short conversation the event will be complete and you will be given the following rewards: