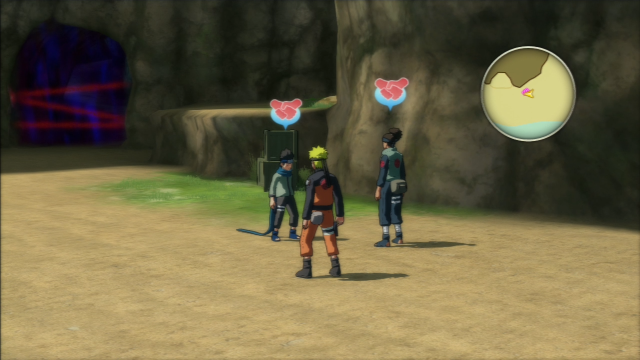 The above screenshot shows the location of two ninjas.

The first Ally Event available in the game, allowing you to unlock new characters, which can then be used as your followers in ninja world tournament. It becomes available after finishing the class D qualifying round of the ninja tournament. As the name of the quest suggests, you will have to answer five, not necessarily difficult (especially for the fans of Naruto) questions. To begin the event, you must find two ninjas (Iruka and Konohamaru) on the Festival Beach.

After accepting the quest, answer the five questions asked by Iruka in the following way:

Afterwards, Iruka will check your answer, which, obviously, are correct. You will receive the following rewards for completing this quest: