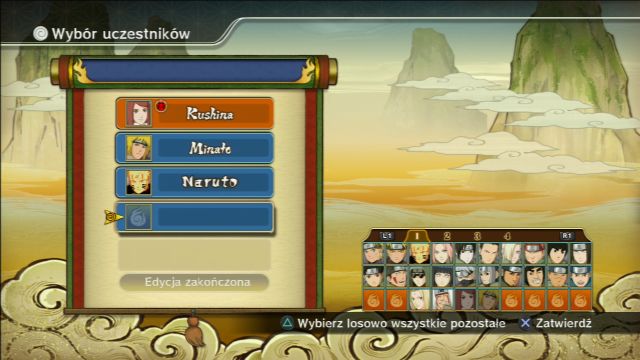 This time you will select a total of 3 additional characters.

Ninja World Tournament Rank S is the shortest (excluding S+ Rank) part of the tournament, because there's no new Ally Events here (unlocking the S Rank tournament unlocks a single Ally Event). That is why it won't be divided into different rounds like the last one.

This class unlocks after you've finished the previous one (A) - to get there, use the Teleportation Ninja to get to S Rank Tournament Reception. In this rank you will have to take 3 additional characters with you (4-man squad). You can select the squad of your team only once - you will be using it during all the rounds. There's one novelty as well - besides the three standard rounds (qualifying, preliminary and main round), there's going to be a special, simply called "Final".

The final is played after you've finished the main round. You won't be fighting any groups of new enemies this time, and the round is not divided into parts. Instead, you will be fighting the 3 characters you've selected to be a part of your team. It's important to think about when you are selecting them - it's good to have good teammates, but you must also select them so that you will be able to defeat them in the final round. It's crucial to take as the "free roam character", the one you walk on the island with a character which you are most familiar with.

Just as it was in the previous ranks, S rank begins with a qualifying round. Select your squad (remember that it's permanent). Finish the round and after that you can either participate in the next round, or complete an Ally Event - "One Who Surpasses Hashirama". If you want to complete it, go to the "Ninja World Tournament - Ally Events" chapter.

Preliminary and main round

Those two rounds are the same as the previous ones - you still have the four characters you've picked at the very beginning, who are fighting in 4 rounds, and your task is to collect the highest amount of Battle Orbs. After the main round is finished, you will be shown a cutscene, in which you will learn that it's not over yet. 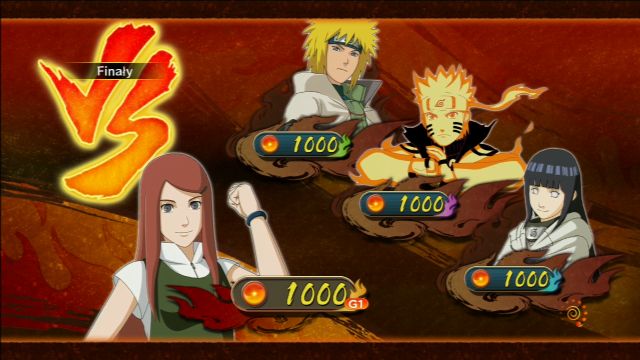 You will have to fight your former allies.

After regaining control over your character, you will be able to take part in the bonus, final round of S Rank tournament. As it was mentioned before, you will be fighting your former allies, meaning that you can easily control the difficulty of this bonus round, selecting weaker (than your main) characters. You won't have access to Battle Orbs you've managed to collect in the previous round - everyone starts with 1,000 Orbs.

After you've defeated your enemies, the final round will be over, and you will become "the strongest" ninja on the island. Now you can select a reward:

The choice is yours - if you, however, completed all the previous Ally Events, as well as Ninja Escapades, you should already have enough money to buy most (if not all) items in the shops. Afterwards, you will be presented a series of cutscenes, after which the S Rank tournament will be over. There's one final task left for you - S+ Rank tournament. Go to the next chapter to continue.