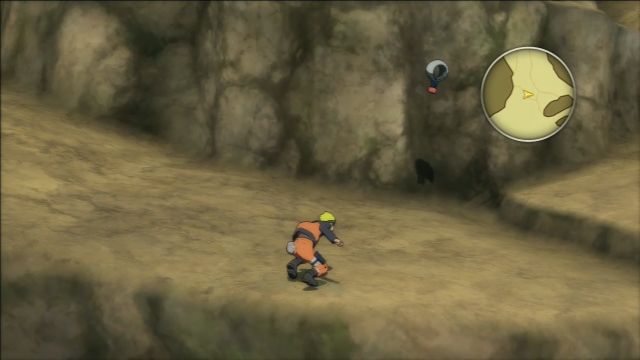 A treasure attached to a parachute.

After saving the game at the save point and registering to the qualifying round of rank D, you can now start your free roam across the island. Unfortunately, before you finish the next rounds of the tournaments (ranks C to S), you won't have access to most parts of the island. But you can still do some research.

First things first, you should be interested in treasures scattered around the whole island - they can be buried in the ground (signaled by a specific arrow), hidden in various containers (boxes, chests, barrels, piles of lumber, etc.) or hanging in the air, on a small parachute. Each of those treasures contain a random, usable item, money, discount tickets, or even lottery tickets (those last are the most valuable, as they allow you to draw various prizes).

Each treasure can always be found in the same, exact spot, and they are restored upon every event (finishing a side quest, taking part in a fight, etc.) or when you leave and reenter the location. It's a perfect mean of obtaining loads of useful items and a lot of money in a very short span of time - whenever you can (i.e. whenever you are close to a treasure) you should spend the time and pick it up.

Almost each map has a shop of its own (in the higher ranks, each shop offer a narrowed group of goods) (open the in-game map if you can't find the shop you are interested in - it will be marked with an appropriate symbol), in which you can buy various items (remember to use a discount ticked, when you are planning some bigger shopping-spree). The amount of money shouldn't really be a bother to you (especially if you completed the Ninja Escapades) and you should have no trouble with buying anything you want. There are two issues with the shop, however - the shop does not offer anything interesting at the moment, and you still cannot use more than two ninja artifacts at the same time (they are unlocked along your progress in the tournament). However, it's still worth to go to the shop and buy all the Lexicons - they will come in handy during one of the side quest (you don't have to buy them, of course, as you have this guide).

Another important stop on your exploration trip is the lottery (Lucky Lotto Land - marked with an appropriate symbol on the map). Here you can use your Lottery and Lucky Lottery Tickets - you will be given them for extraordinary score during the tournament fights (battle rank S, for instance), can be found inside treasures, and you will be given them for spending a lot of money in the shop at a time (15,000 ryo, for instance). Lottery Tickets allow you to draw interesting rewards - ranging from the items you can easily buy in the store, character cards, titles to ultimate jutsus. They aren't a necessity to finish the game, but you are interested in collecting various items in the game, it's surely worth trying. 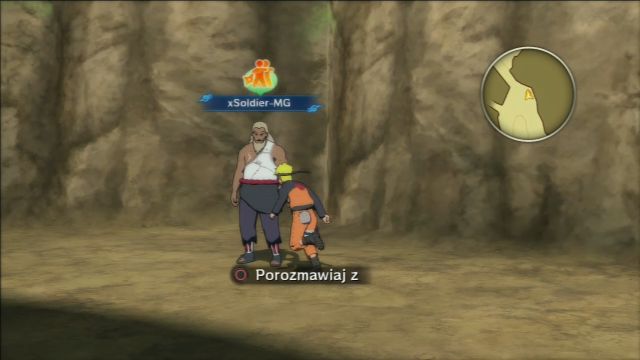 Network Clones of other players are scattered around the island.

The last thing, that will await you in this (and not only) party of the island, are random encounters with Network Clones of other players. They are scattered around the whole island (marked by an orange symbol on the minimap) and they will be there unless you engage them in combat. Another clones will appear after completing some activity, like, for instance, a side quest, or a tournament round.

You should fight them whenever you stumble upon them - if you win a fight, you will be given a whole bunch of new items (like the possibility of using the network clone and his allies as your own network clones), not to mention a huge amount of money. Don't mind the fact that most of them will have a much higher level than you have - those enemies are controlled by a computer and defeating them (most of the time) is a piece of cake.

Right now you don't have anything more to do here and you should head to the next chapter, to continue your adventure with the ninja tournament.