On this page you can learn more about the calendar and various events taking place in Sandrock. We list the events and mark on which days they take place. You'll also learn the rules of the festivities and we show how to win them. 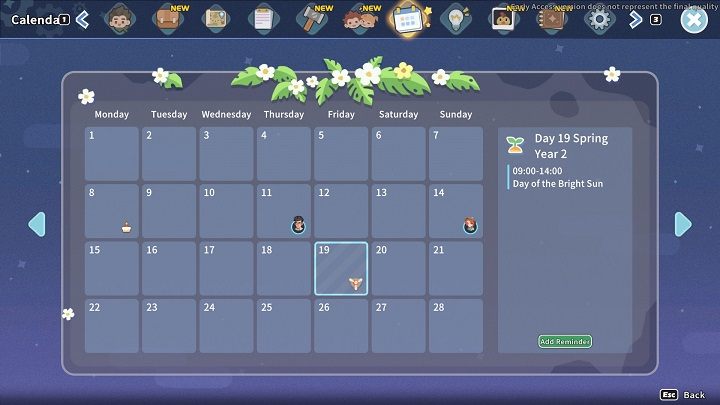 To begin with, years are divided into seasons. Each season lasts 28 days, and you start from Summer. Thanks to your calendar, you can find information when each Sandrock resident has his birthday, the dates of the local holidays and special events, which often involve traditional games and festivities. Depending on the season, the landscape of the city and the desert changes - in winter you can see a fine layer of snow, while in summer the sun is much higher in the sky.

Participating in the games yields Festival Badges, which you can spend at the Souvenir Shop located in City Hall. Some of these items are unique and can only be obtained during the festivities.

Spring (Day of the Bright Sun) 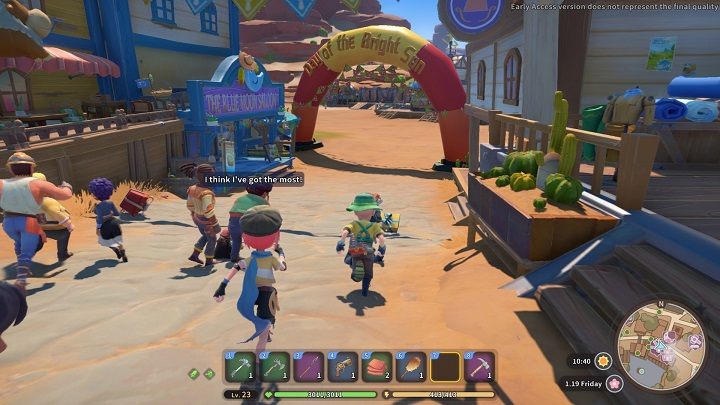 The Day of the Bright Sun takes place on the 19th day of spring. The holiday is accompanied by a gift-gathering game in which all city residents participate. To be able to take part in the game and have a chance of getting something, you must complete the Gift of the Bright Sun side mission. 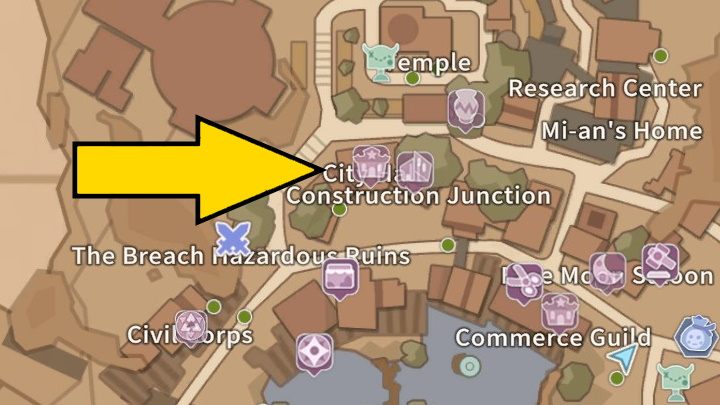 When the event starts, you must go in front of the City Hall building, where the festivities begin. 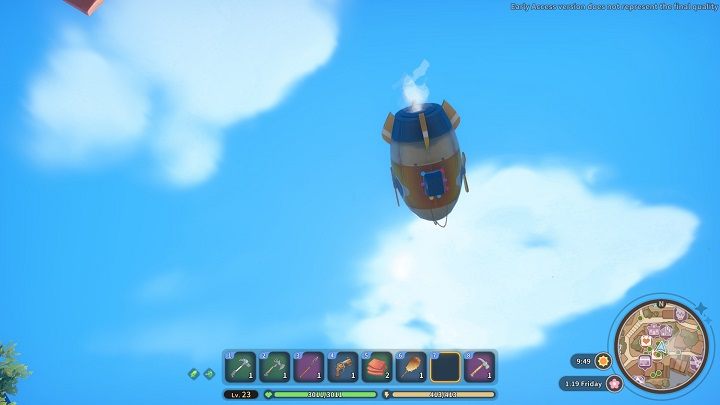 An airship will appear in the sky dropping gifts that have been donated by each resident. Your task is to pick up as much as you can. Items can range from food and clothing to accessories and raw materials. 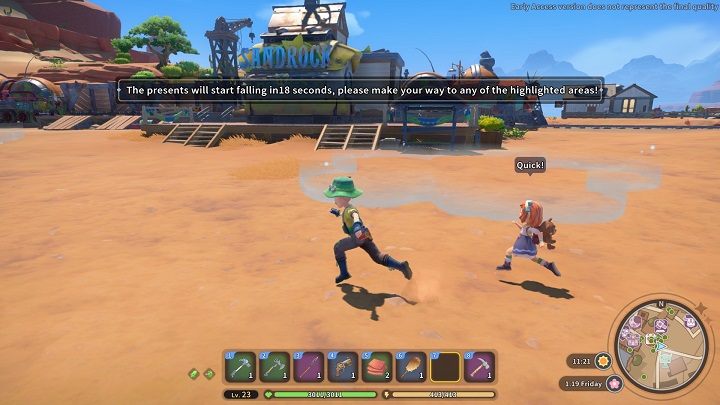 When the airship reaches the square behind the Commerce Guild, the game will show you three possible drop points where the gifts can land. The sites are marked, so they are hard to miss. After several deliveries, the event is concluded.

Summer (Dance Off, Day of Memories) 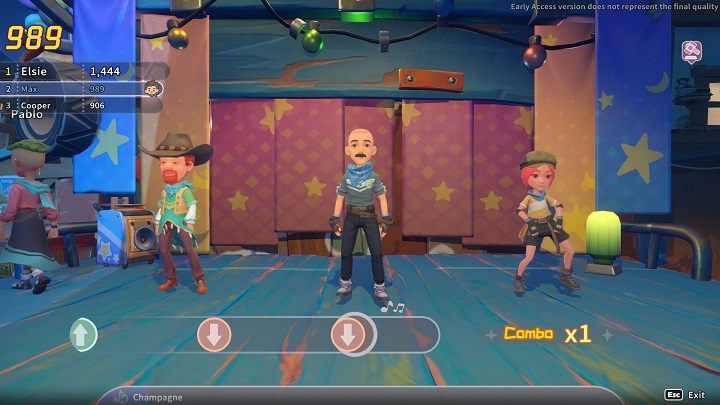 Dance Off takes place on the 11th and 12th days of summer. This is a special dance competition in which you will face other residents in a rythmn mini-game. The rules are very simple - start by choosing a difficulty level. Once the mini-game starts, you need to press the buttons appearing on the screen. The icons appear at the bottom of the screen. 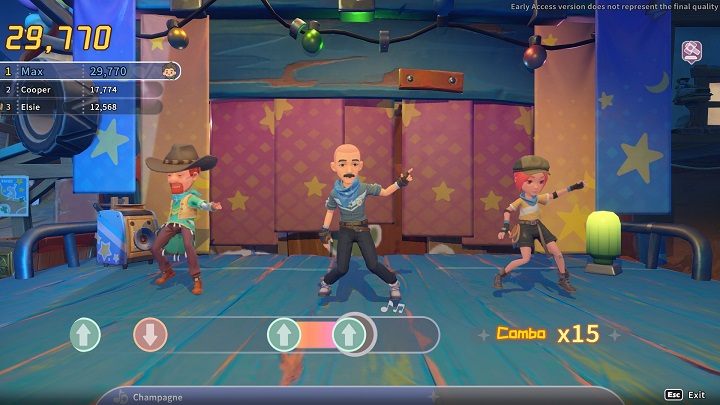 If a line appears between two buttons, it means that you have to press and hold the button until the end of the line.

For participating in the Dance Off, you will receive Competition Medals to use at the Festival Store. You can find it in the location where you register for the Dance Off. 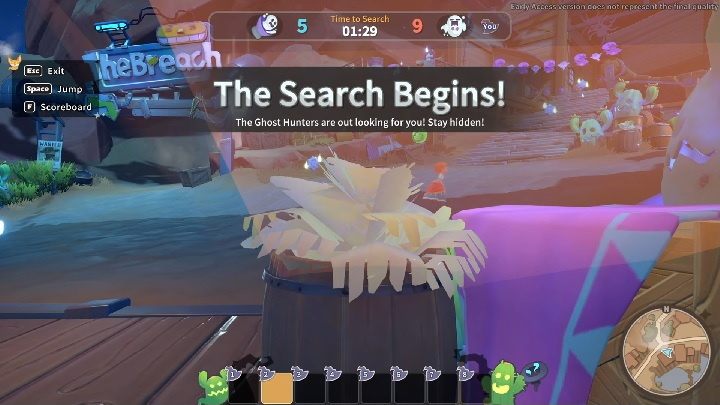 Day of Memories is a holiday modeled after Halloween and lasts a total of 2 days. The first part, taking place on the 27th day of summer, is a game of hide-and-seek, during which you will collect special badges (the person who collects the most badges in all stages wins). There are two phases of the event: 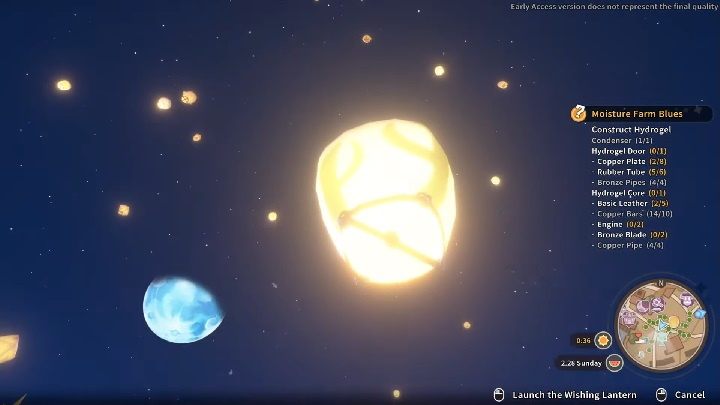 On the 28th day of summer, just after midnight, Sandrock residents gather in the square to remember the dead. To pay tribute to them, they release lanterns. If you want to take part in the festivities, you can pick up the lantern and send it towards the sky - just press the key responsible for the interaction. This is not rewarded in any way.

Autumn (Running of the Yakmel) 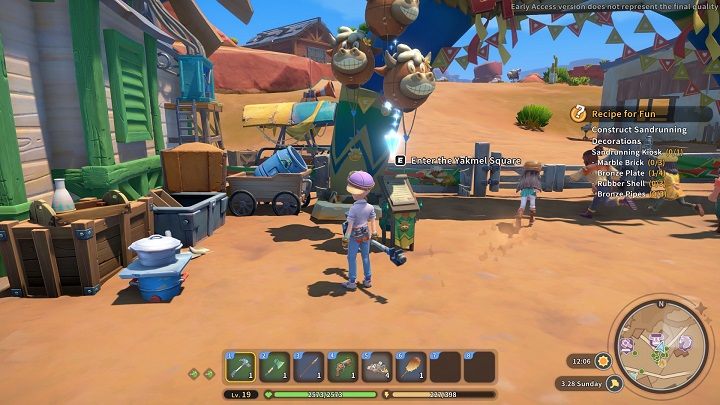 On the last day of autumn, a special party takes place in which Yakmels play a central role. To sign up for the event, you must go to Wandering Y Ranch on the 28th day of fall. Once the event starts, you'll be taken to an arena.

Your task is to gather various foods and ingredients from Yakmels' backs. Other participants can attack you, stunning and excluding you from the game for a few seconds. Of course, you can respond with the same. 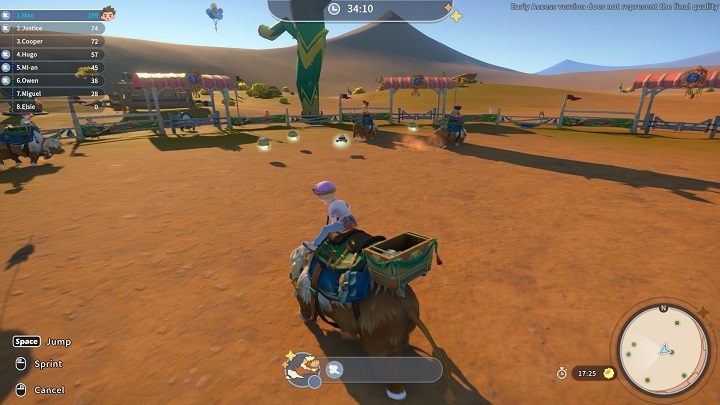 The match lasts two rounds. Ingredients and dishes have different point values, but there is chaos in the arena, so collect what you can. The person with the most points wins.

Winter is currently the only season during which there are no events.