This page contains a walkthrough of the Mutual Misstep side quest, during which you'll encounter Qi in the Eufaula Salvage Abandoned Ruins and build a ladder to the surface. 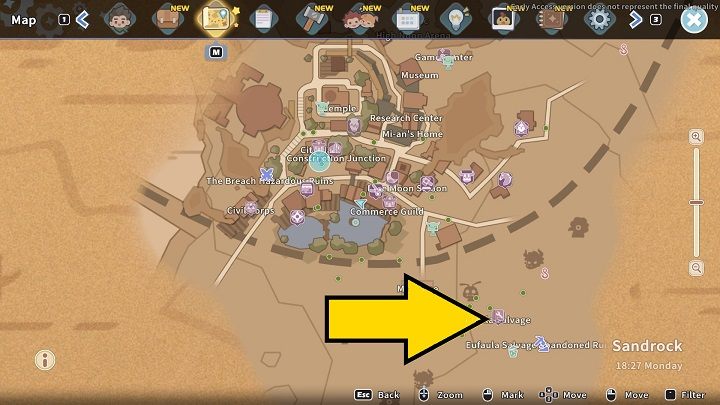 The quest is initiated by entering the Eufaula Salvage Abandoned Ruins and triggering a cut-scene, in which you will end up in a strange room. This event only take place after completing the Picking Up The Slack main quest and triggers at a random time. 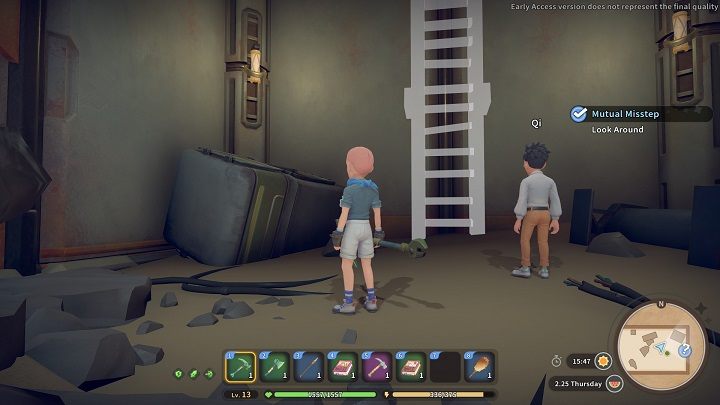 It soon becomes apparent that Qi is trapped in a mysterious room, unable to get to the surface on his own. The scientist will explain the reason behind his search, and your task will be to find the way up.

To free yourself, you'll need to fix the ladder at the end of the room. This will require:

You'll simply have to pick up the Damaged Ladder from the ground - all the pieces are scattered nearby. The Copper Screws and Bronze Plates can be found by digging through Copper Scraps and disassembling the Broken Robot with a Pickhammer. If you didn't bring the tool, Qi will hand you one.

When you rebuild the ladder and leave for the surface, the quest will be completed.