The following page explains the combat mechanics in My Time at Sandrock and describes the different types of weapons you can use against your enemies. We've also included advice on how to fight effectively and what to keep in mind during battle. 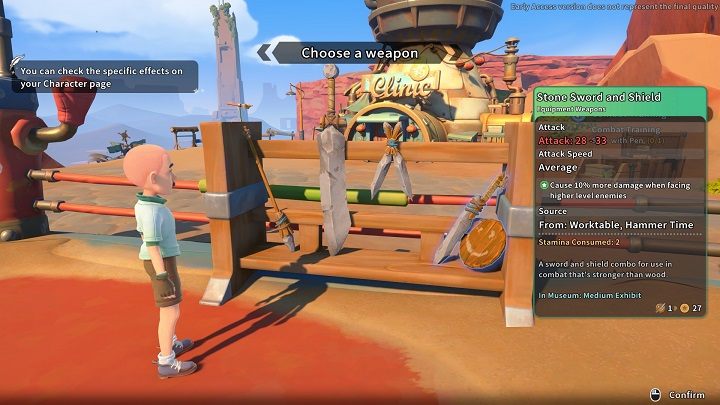 Your character can choose to specialize in five different types of melee weapons. It's key to pick one that best suits you and your playstyle, as well as to invest in a specific weapon type on the skill tree. Over time, you will also gain access to ranged weapons, but these should be treated as an additional tool during combat. 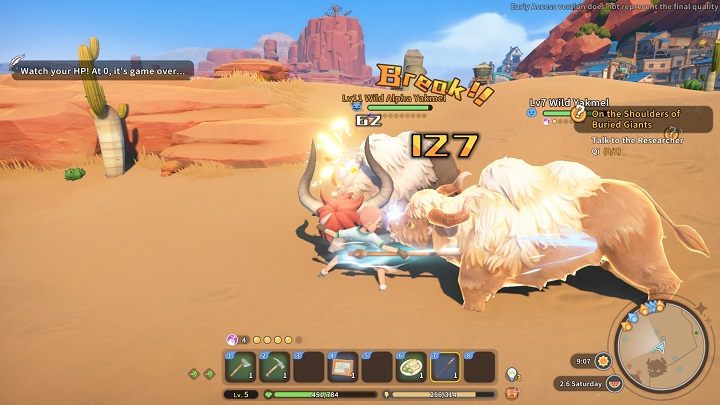 Combat in My Time at Sandrock isn't particularly challenging and you'll come out of most battles entirely unscathed. However, to make combat encounters easier, it's worth keeping a few things in mind.