In this part of the guide to My Summer Car, you will find information about Hayosiko - your uncle's blue van. You will learn how you can get it, how to run it and its usage. We also answer why you don't see it most of the time and can't find it during your game. 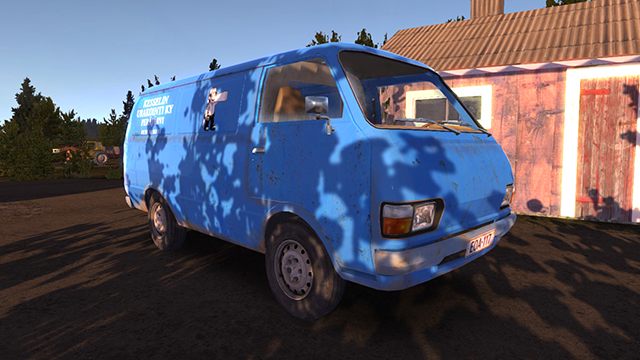 The blue van called Hayosiko is a real ghost car in My Summer Car. Theoretically, the best way to do shopping is to drive there with the van. The van belongs to your uncle who is living next door. According to parents' note, you can borrow it anytime. The problem is that the uncle and his van are almost never there - at least at the beginning of the game. Its appearance depends somewhat on RNG, which means its random, but it may require completing a few actions. In some cases, the van may not appear even after a few in-game weeks. 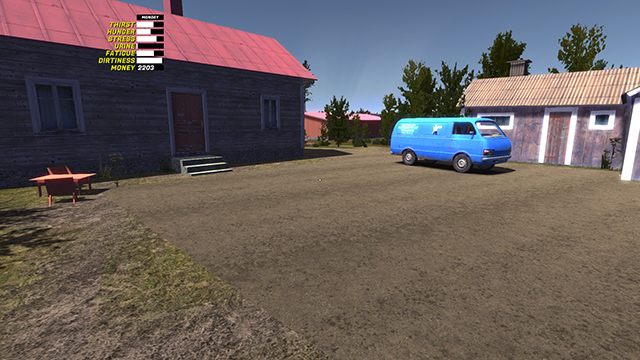 The Hayosiko van is based on an old Toyota model. It belongs to your uncle who lives nearby. Hayosiko has a lot of space so it is suitable for large purchases. It can be filled with diesel fuel and fuel oil, but if you give it back to your uncle with oil in the fuel tank - he will receive a fine for it and then sell the car.

Where can I find the blue van?

The van is parked in your uncle's yard. You can see buildings from your terrace. That is where the uncle's house is and where the van is parked. Check from time to time if you see a parked blue car. If the car is there, go to your uncle to talk to him and ask for the keys. If he is not sitting on a lounger in front of the house, knock on the door and wait for him to open. 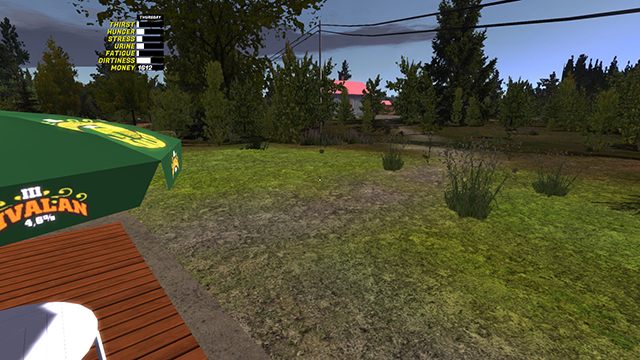 While standing on the terrace, look between the trees for the blue van.

If you see it, go talk to your uncle and ask for the keys. Either he is sitting on a deck chair in front of the house, or knock on the door and wait for him to open. After a short conversation the uncle will hand you the keys - click on them (TAKE VAN KEYS) to finally gain access to the van. 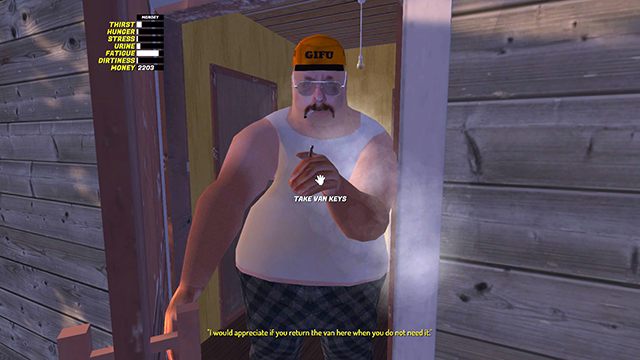 When does the blue van show up?

The blue van is notorious for not showing up - at least not fast. The note from the parents found at the beginning tells you that this is a fairly simple and obvious form of transport, but in reality the van is rather difficult to obtain.

To get access to the van, make sure you read the postcard on the fridge and had visited grandma and had fulfilled her requests to bring groceries (for a guide to visiting grandma, see The Grandmother). It is necessary to be patient - it may take several in-game weeks before you will see the blue van parked on the yard. 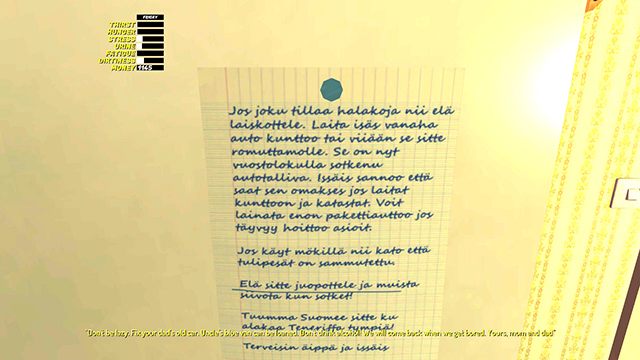 Reading the note on the fridge seems to speed up the possibility of the van spawning.