This section contains a complete walkthrough for Inside the Lion's Den chapter in My memory of Us. Here you will find a thorough guide for chapter 11 with screenshots. With this solution to My Memory of Us, you will easily beat the game.

Don't get rid of the disguise at the start. If you did got rid of it, in the picture below you can see a chamber in which you can change your clothes again. 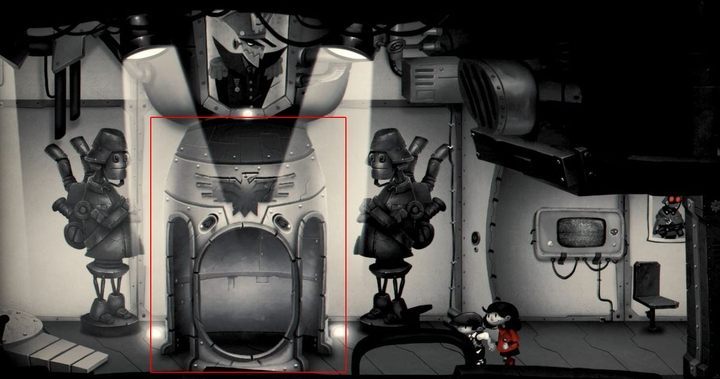 In these places you can reclaim your disguise again.

Walk towards the platform on the right side and interact with it. Keep going and stand between the guards. Perform interaction again. Move forward. Now, go to the right, walk towards the guard and order the use of chain. Now, go to the platform that moved down and interact. Remove your disguise (by default it's Shift key). On the right side you will find a bucket. Transport it on the platform, switch your clothes in the chamber and give an order on the platform (use the interaction key there) to reach the highest floor. Here you can remove the disguise. Transport the bucket under the hook and then enter the bucket as the boy. Now, control the girl and use the lever to move the boy on the console behind the guard. Use interaction at the console - a minigame will start. 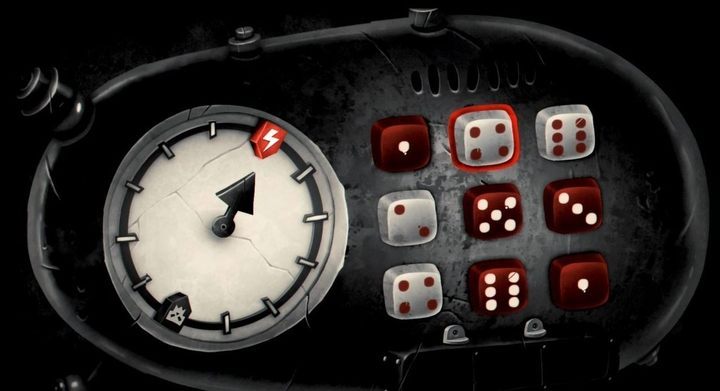 In this minigame you must disconnect the power by moving the arrow in such way that it will point at the robot. Select the following combination: red three, white two, and red five. Now transport the boy up to the girl, change your clothes, get down to the middle floor and talk to the guard. Then, go back with him to the platform, interact, and then go to the left. Once the guards position themselves at the chains, stand between them and order them to open the door. Keep going forward, leave the disguise, and enter the pipe as the boy. Shoot the turn hanging on the opposite side of the corridor with the slingshot. Wait for the guard to turn around and take the turn. Now place it near the pipe and move both turns (the left and the right ones). Now you should notice the symbols on the chamber and run as the girl to the other side. Go to the right and shoot the symbols on the walls in the following order: square, circle, square, triangle. 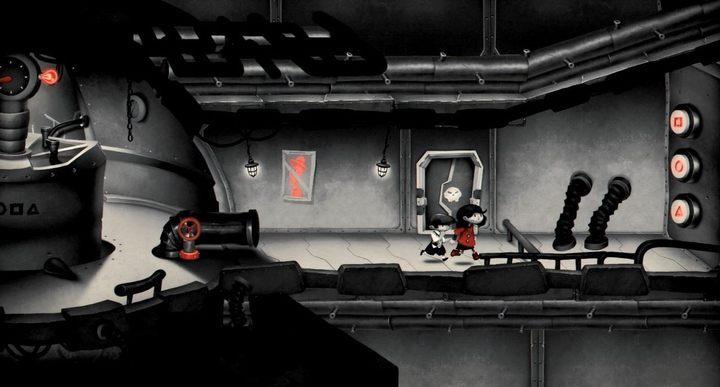 Here you must use the slingshot to shoot the symbols in the order shown on the chamber in the middle of the corridor: square, circle, square, triangle.

The door will open. Move on. You will see two turns. The first one can be used to control the pipe underneath you and the second one can control the pipe at the bottom. Combine all pipes and walk inside as the boy. You will find another memory. 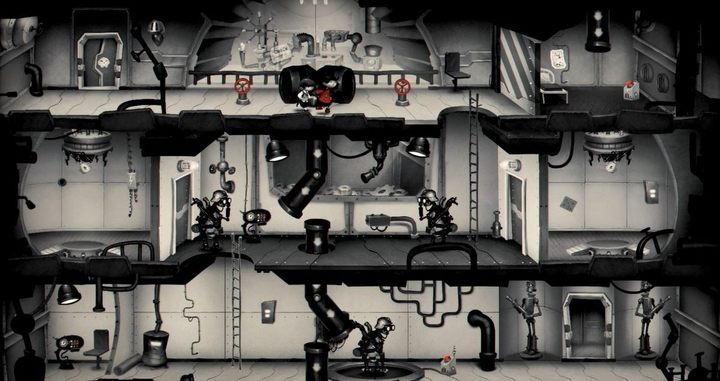 On this level you can find a memory that can be seen in the upper right corner of the picture.

In order to leave the room after collecting the memory you must press the red button. Now turn the right knob in such way that the pipe at the bottom is turned to the left. Move the boy on the pipe and walk to the left to the console. 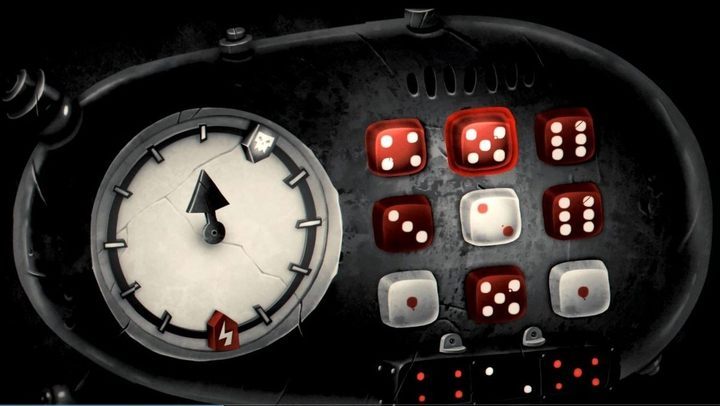 Enter the following combination: red four, white two, red five. This will force one of the guards to "charge up". Now climb the ladder and use the console again. Enter the combination: white five, red four, white five. Another guard is down. Now walk down the ladders both as the girl and the boy. Shoot down the button next to the guard at the bottom. Wait for the guard to drop down and shoot again. Go to the next room.

Walk up and move the statue of dancing pair to the hole in the ground. Then go down, change clothes, walk to the guard on the right, and talk to him. Now you can remove the disguise and turn the two knobs.

Now it's time for an action sequence - escape from the robot while avoiding the furniture dropping from the pipes. 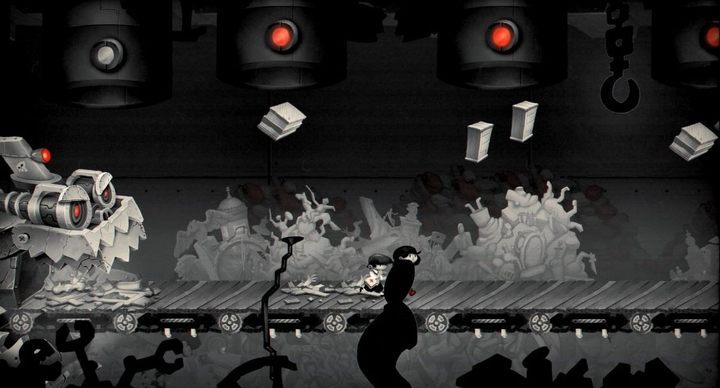 You can determine when obstacles are falling on the line by observing the red lamps next to each pipe.

The game informs you when something drops from the pipe with the flashing of red lamps on a pipe. The sequence isn't long. Keep avoiding the obstacles until you find a pipe with a cover and a red arrow. Enter it.