This unofficial guide to Mutant Year Zero: Road to Eden will help you learn the basics of this rather difficult tactical game and complete all of its missions. The title is challenging and doesn't allow you to make mistakes. On the first few pages of the guide, we've included lots of starting tips, such as important or unusual game mechanics, as well as a comprehensive description of the fights in a turn-based combat system. Battles in Mutant Year Zero share many features with other games in this genre, for example with the XCOM series, but some important aspects are very different.

The majority of the guide contains walkthroughs for all quests: main and optional missions (the latter allows you to gain additional experience or unique treasures). This guide also includes a world atlas with the descriptions of all locations available in the game, along with a list of enemies that you can encounter. In addition, the world atlas contains Mutant Year Zero's secrets - the artifacts and notes. Our guide also features achievements/trophies and the minimum and recommended system requirements.

Mutant Year Zero: Road to Eden is a tactical game with a turn-based combat system. This title strongly resembles the popular XCOM series, but this time we visit a post-apocalyptic world in which almost all humanity has perished. We command a group of the mutants who search for valuable treasures. On every map, a fight is waiting for the heroes, and before each battle, we can do a reconnaissance to prepare ourselves.

Which difficulty level to choose? 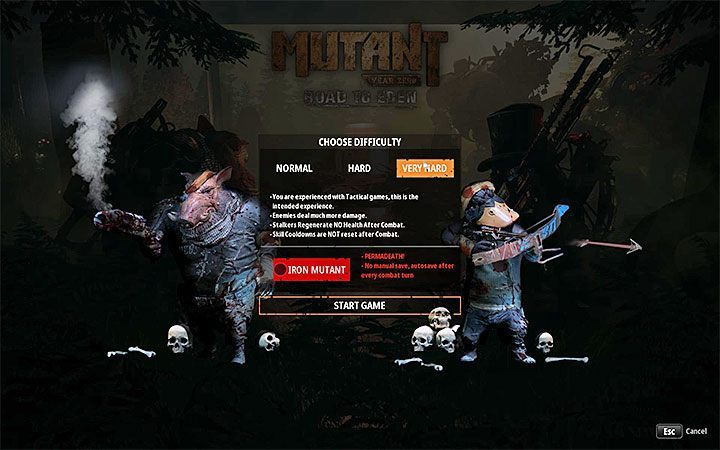 In Mutant Year Zero: Road to Eden there are three main difficulty levels: Normal, Hard and Very Hard. Even normal difficulty can be challenging - you can experience some difficulties with winning the battles. This is the best choice if you don't have much experience with similar games.

Hard difficulty level has a few important changes - opponents deal more damage, only 50% of health is restored after a fight, and cooldown for active abilities doesn't reset. We recommend this difficulty if you have experience with this kind of games, for example, with the XCOM series. The descriptions of quests and fights in our guide most often refer to this level of difficulty.

Expert makes opponents even stronger and also completely excludes the possibility of regenerating the health after a fight. It's best to leave this difficulty for another playthrough.

In Mutant Year Zero, you can set a modifier called Iron Mutant which is very similar to Ironman from XCOM series. It blocks the option to make manual saves - instead, the game saves after each completed turn. Moreover, death is permanent, so you have to start a new game after every defeat. Don't activate this modifier if you haven't completed the game at least once. Before turning on these extreme rules, you should learn the basics of the combat system and find out what threats await the heroes and how to prepare for even harder battles.

You can change difficulty level from the pause menu anytime you want. Use this option if, despite many attempts, you can't win a battle. But remember, the game doesn't allow to activate the Iron Mutant modifier after you start a new campaign.

The most important differences compared to XCOM series

Although Mutant Year Zero: Road to Eden shares many features with XCOM series, some aspects of these games are different. The main dissimilarities are described below and they're worth knowing even for a veteran of XCOM series. Selected topics are more broadly described on the next few pages of our guide. 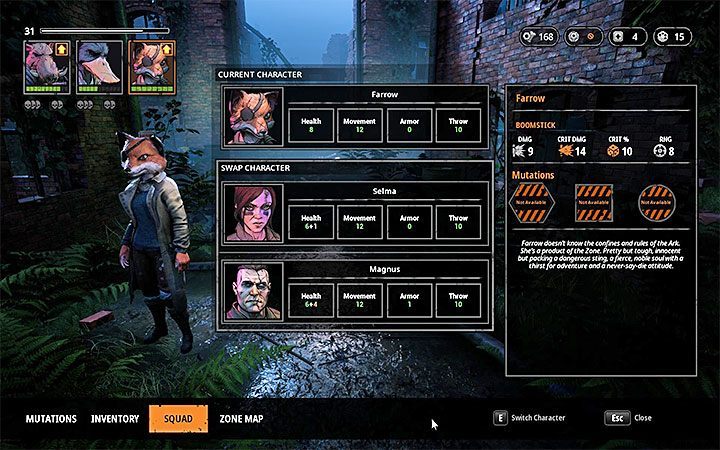 1. The active team consists of a maximum of three characters. In the beginning, the only available characters are Dux the mutated duck and Bormin the boar. You will find other party members after completing parts of the main story. Only three characters can take part in a fight, so it's better to be well prepared and be sure that party members are using various weapons and skills. Luckily, you can always change your party at any moment between the battles. It's especially useful when you meet enemies that can be easily eliminated by an inactive party member. 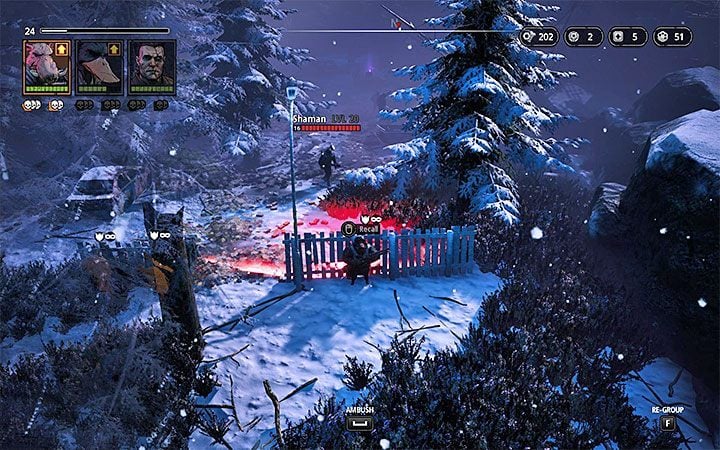 2. You can choose when to start a fight. World exploration happens in real time, but the turn-based combat doesn't automatically start when you spot an enemy, so it's worth separating the party and prepare for an ambush. Remember to turn the flashlight off and hide behind a cover if you find yourself in the red circle around the enemy (learn more in the chapter dedicated to combat). If your characters are spotted, the battle will begin, and the opponents will take the initiative (they will make the first move).

Additional note - it's possible to avoid any combat if your party wasn't detected. You can use this chance if your position, after switching to a combat mode, is disadvantageous. 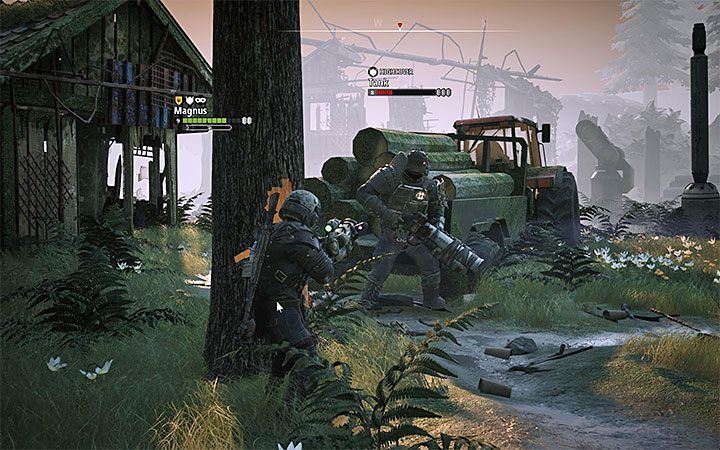 3. Abilities recharge by killing enemies. Mutant Year Zero is characterized by a unique way of regenerating active abilities (mutations) of the characters. After you use them (it doesn't matter whether the action was successful or not), they don't recharge by waiting for a number of turns. Instead, you have to kill enemies (usually two or three kills is enough). Remember this tip and try to find target easy to kill. It's worth mentioning that on the normal difficulty level the time of cooldown is reset after every fight. 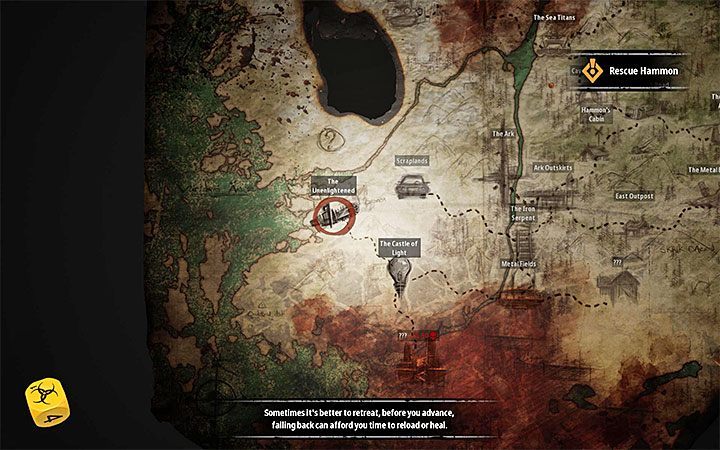 4. You can travel on the world map without any consequences. In Mutant Year Zero time freezes while traveling between locations on the map or when you're on the map screen. There won't be any random encounters at that time. Use this and go back to The Ark as often as possible. In the base, you can stock up or upgrade weapons. 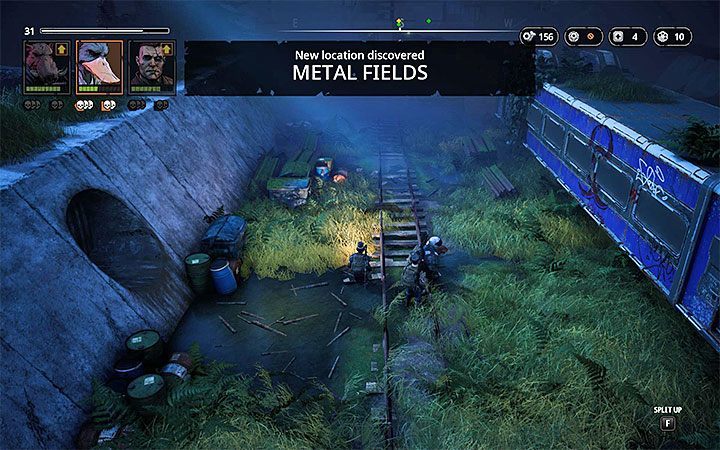 5. Maps in the game aren't randomly generated. Each location in Mutant Year Zero is the same every time. Thanks to that, planning your action during consecutive playthroughs should be easier. Theoretically, you can skip some enemies on the way but never do that. This can lead to meeting opponents that exceed your level and it can be difficult to defeat them. Try to clear every visited location. Remember the optional areas marked on the map with the skull and the recommended level. Return to them after you level up your team.

Having a hard time finishing the game?

Some locations in Mutant Year Zero are more demanding and you may have problems coping with opponents there. The answer to these problems is our World Atlas, in which we described in detail all available locations and battles played in them. More difficult locations from the game are:

I have a problem and I am looking for a solution

Certain gameplay mechanics of Mutant Year Zero: Road to Eden require a better understanding of the game itself, or they aren't explained well enough. Luckily for you, we have prepared an FAQ section where you can find answers to various questions and solutions to this type of problems. Among the things you can find here are the following topics:

Mutant Year Zero: Road to Eden has bugs that can interfere with the gameplay in various ways. Below are some of the most important bugs. We advise you to make sure you have the latest available version of the game installed before you start playing. This gives you hope that some of the problems mentioned above were already solved.

Can you save the game without any limitations? 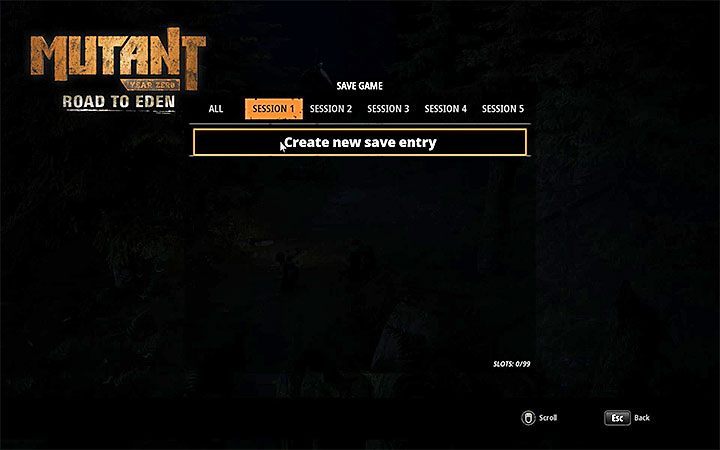 The fact that in Mutant Year Zero: Road to Eden you can save your progress at any moment is a big help. The only exception is when Iron Mutant modifier is active.

Save the game before the combat and at the beginning of every new turn. You can use separate slots (there are 99 for the PC version), so it'll be possible to return to the specific point of the battle when the situation is getting tough.

In the PC version, the default save folder is located in:

Do I need a copy of Mutant Year Zero to play Seed of Evil?

Do I have to finish Road to Eden before I play Seed of Evil? 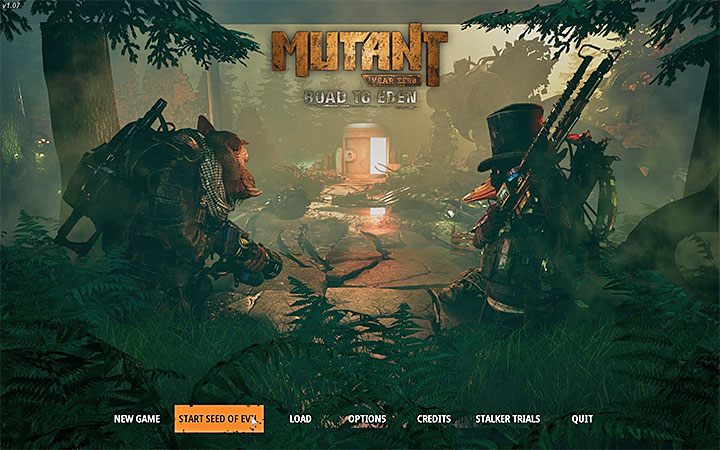 Theoretically, no, but it is still very advisable. If you want to see the contents of Seed of Evil expansion set as soon as possible, you can select a new game from the main menu (check the image above). The game will allocate you a "top-down" team, which may not necessarily suit you and may not be as strong as if you had personally completed the main campaign at 100%.

The recommended way is to complete the main adventure before launching new levels of Seed of Evil expansion set. After you have completed the basic campaign and seen the credits, the first map of the add-on will be loaded automatically. For more information, visit the How do I start the Seed of Evil campaign? in our guide. 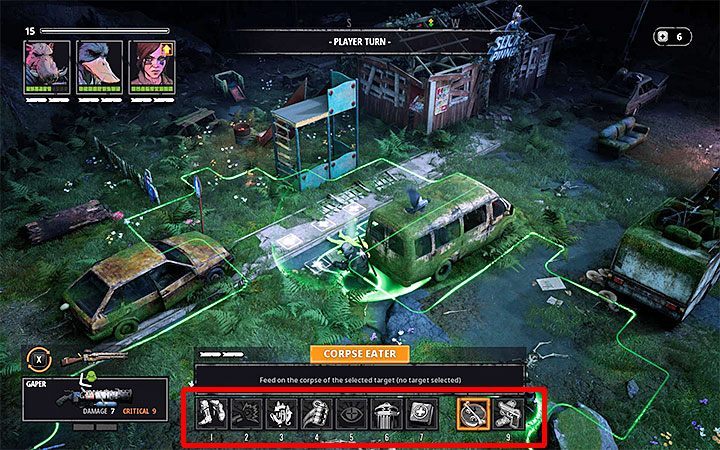 Controls in Mutant Year Zero: Road to Eden aren't complicated. In the PC version, you can successfully control and command the team using the directional keys and the mouse. However, you can also use the keyboard shortcuts. Like in the games from the XCOM series, these include numerical keys. The picture above presents an exemplary list of actions during the battle (e.g. 1 is movement, 2 is shooting, and 5 is the standby mode).

The full description of controls, including controls for a gamepad, can be found on a separate page in our guide.

No, Mutant Year Zero: Road to Eden doesn't have high system requirements. To run this game Intel i5-760 CPU, GeForce GTX 580 GPU and 6 GB RAM will be enough.

On a PC equipped with i5-4690 CPU, 8 GB RAM and GeForce GTX 970 GPU the game ran at 1080p in 40-50 frames per second on the highest graphics settings. This is thanks to the very good optimization. The game loads fast (which is helpful if you have to repeat a battle) and is very stable. The game froze only once during the making of this guide.

This site is not associated with and/or endorsed by the FunCom or The Bearded Ladies. All logos and images are copyrighted by their respective owners.