MultiVersus is a 2.5D fighting game, in which, to win, you must not only learn the basic mechanics of the game, but also all the characters, both the ones you play and your opponents. Our starting tips will help you understand the game better and win more often.

Test the characters in The Lab 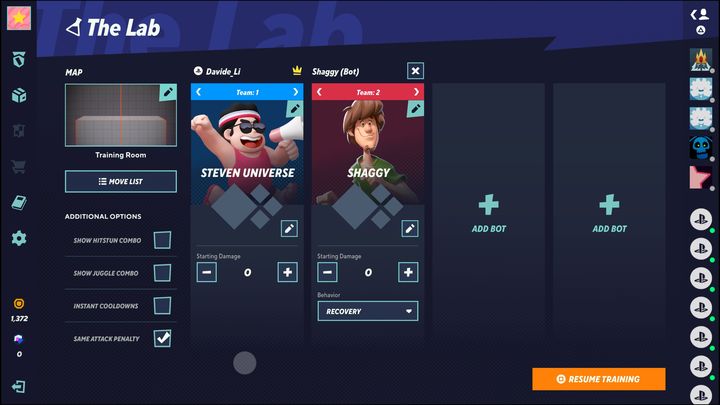 This is the first and most important tip not only in this game, but in the majority of the fighting games. Before you get into battle with bots or real players, test the character you want to play. Thanks to this, you will learn about what attacks they have and what they are best for. You will also train your muscle memory, thanks to which you will have no problem remembering which attack works.

Even if you're not going to choose a specific character, it's worth playing as them for a while to see what they are capable of. Thanks to this, you will know what are their strengths and weaknesses, or how to work with such a character.

Check out the move lists 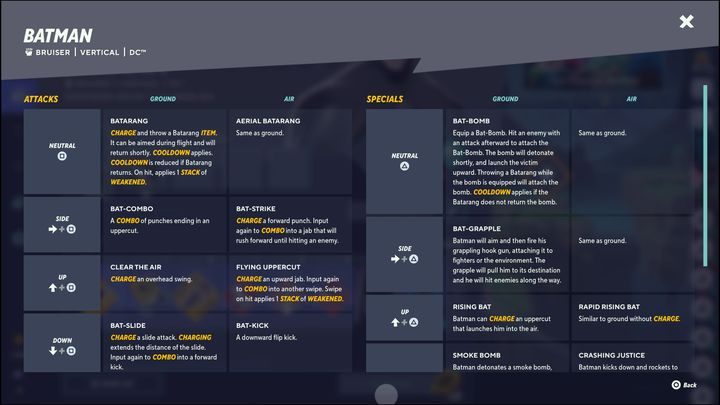 Speaking of the move list, you can check it in many ways. The best solution is to read it while testing your moves in The Lab to train your muscle memory. However, it is also possible to read about a given move when selecting a character while waiting in the lobby. Remember that often the same move on the ground can work differently in the air!

Complete all the missions in the tutorial! 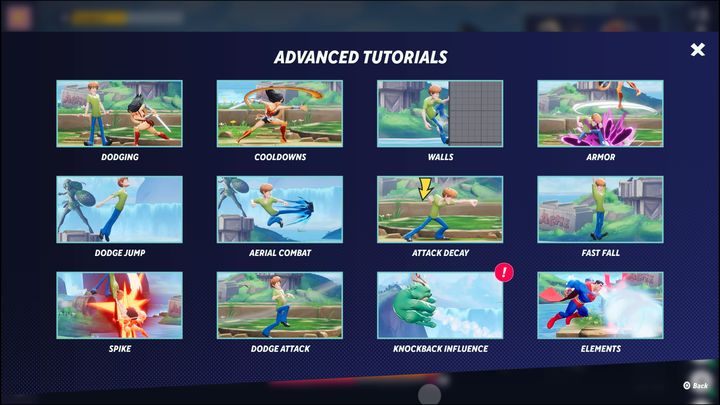 Each player must complete the basic tutorial, but it does not guarantee that you will understand all the game mechanics. These missions are short and they explain well things like dodge, elements, armor or even aerial combat. 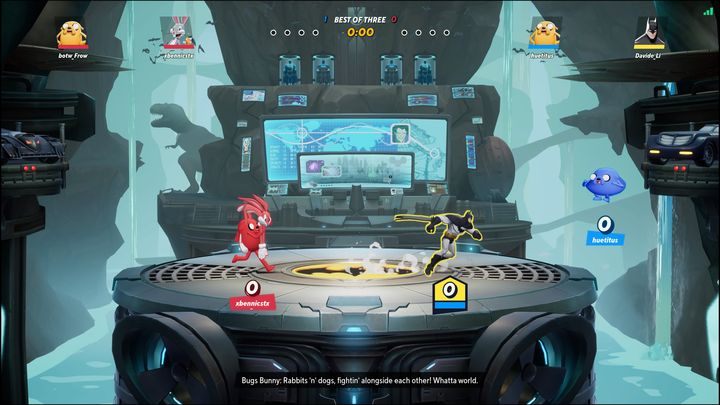 Many characters have charge attacks which, while they deal quite a bit of damage, are slow and visibly telegraphed. It is worth canceling your attacks. Therefore, when you are near an enemy and then charge your attack, you can cancel it by dodging. It can be performed while standing still, in the air or to the side. Thanks to this, you will not perform an attack. Instead, you will surprise the opponent, while approaching or moving away from them.

Watch out for the characters' weight 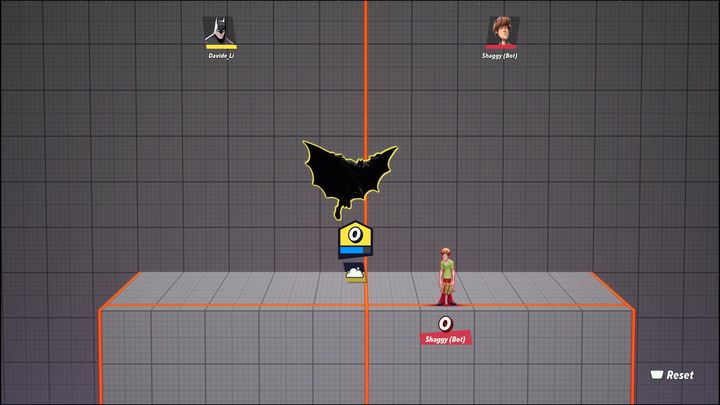 This may be surprising to new players, but it is true. If you choose a lighter character, then it will be much easier to launch you in the air, especially with a damage counter above 100. For example, the Iron Giant has 150 weight while Harley Quinn has a weight of 42. However, the heavier the character, the more difficult it is to fly high into the air, so attacks downwards are a much better solution against heavy heroes.

Control your character when you are launched in the air 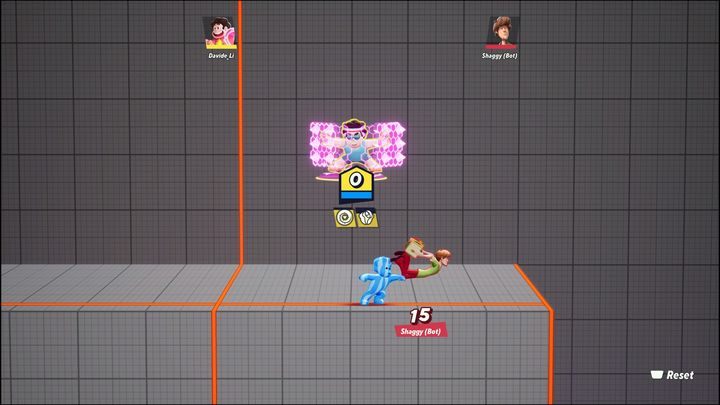 When your opponent launches you into the air and your damage counter is high, you won't be able to control your character for a while to return to the arena. However, you can choose the direction in which you will move. If you expect being launched upward, be sure to hold the down button before before you get launched to have a chance of falling faster.

Use dodge even during your opponent's combo 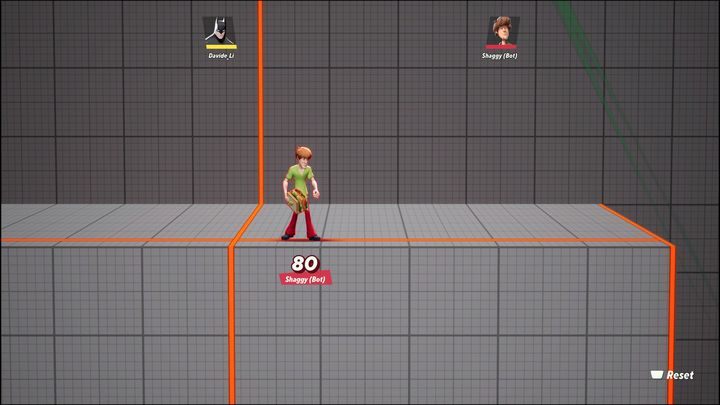 Many attacks have auto combos, e.g. Superman can perform several attacks with his fist. While the first punches will hit you, the next won't necessarily do that - you can get out of the opponent's combo by dodging to the side and punish the enemy player.

Do a lot of damage - with support characters too

In a game like MultiVersus, you need to slightly change the approach to the roles that are available to each character. For example, Reindog is a character marked as Support. It doesn't mean, however, that he can't take an active part in battle and deal a lot of damage. It's more about the fact that a character like Reindog has the tools to support a companion in combat. With this character, you can, e.g. connect with a companion and pull them towards yourself in a critical situation. 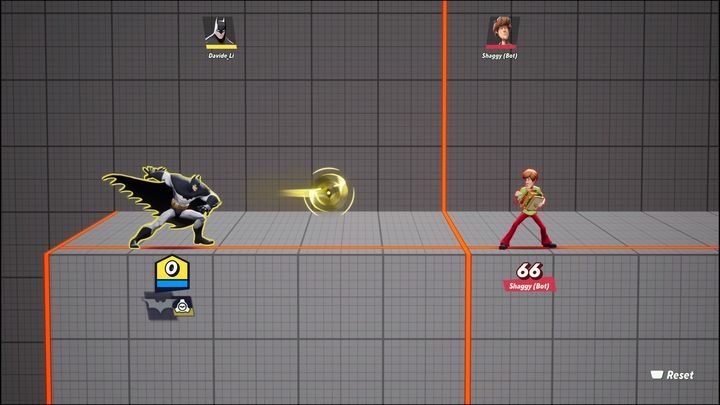 Many moves have a cooldown. This means that you will not be able to use the skill again if the bar does not fully recharge. These bars are located under your hero's damage counter.