The Minuteman is a mysterious character who sends letters to the main character in Mr Prepper. He gives you various tasks and asks you for particular goods.

You will receive letters from the mysterious Minuteman, which are delivered to the mailbox as the days go by and by progressing through the game. 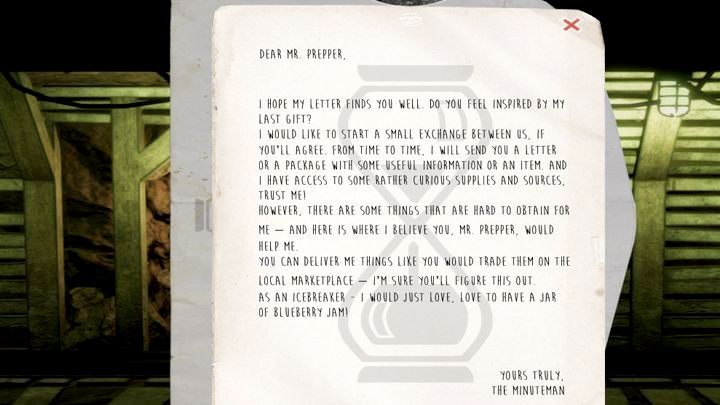 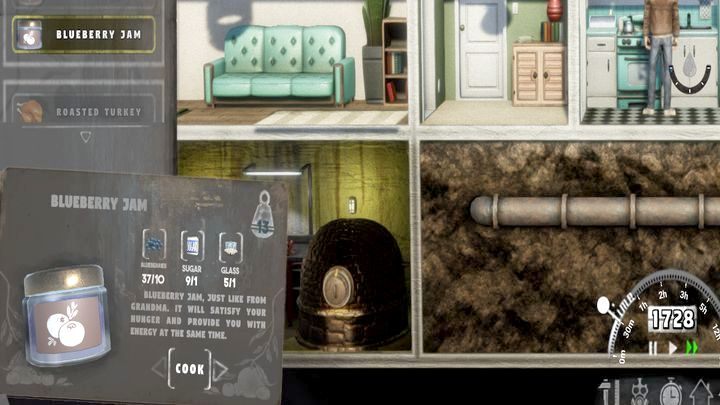 Send the product to the Minuteman via trade (hourglass icon). As a reward, you will receive $30 and access to a new trader (the Gourmet).

The Nuclear Warfare is another one of Minuteman's quests and is initiated via mail after the first quest is completed: Minuteman. 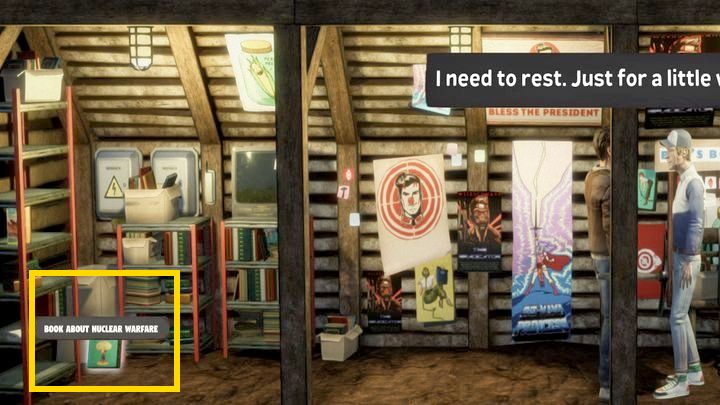 In this task, the Minuteman asks you to get him a book about Nuclear Warfare. He'll pay you $60 for it. As it happens, you'll find this book at Bob's mine, and he'll be happy to give it to you for free. All that's left to do is mail it to the Minuteman.

Not Great, Not Terrible

The next task, Not Great, Not Terrible, is Minuteman's third task, which begins after completing Nuclear Warfare and once you have sufficiently progressed tasks from the other NPCs. 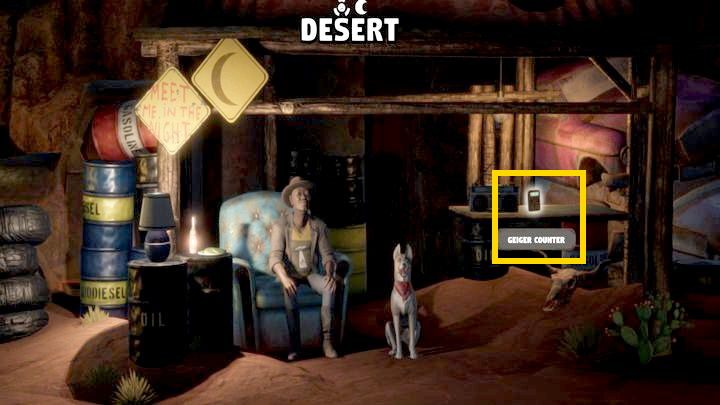 This time, the Minuteman will ask you to find the Geiger Counter. You'll find it in old Joe's junkyard. It will be lying on the table, to the right of the radio. Send the counter to the Minuteman to receive $80. To get to the Junkyard, you have to bring the glasses from the mine to Bob when he asks for them. Joe can only be found in the desert at dusk. During your first visit, the counter may not be in the indicated place. You'll have to try again the next day.

Who Observes The Observer?

In this chapter of the Mr Prepper guide, you will learn how to complete the "Who Observes the Observer?" task. This task will begin once you complete the Radio Free North America mission, then talk to Joe and ask him about Fort Observer. You must also complete the tasks for Bob and Jenny in order to get to the Sleepless Base and receive the insomnia pill from Jenny.

The achievement Everything is bob! can only be obtained in Fort Observer. You can only go to the fort once.

The last task for Joe, which is also key to the main story, is to try to get to Fort Observer. Important: you can only visit the Fort once. Check which achievements and items can be obtained there and make sure to bring lots of food that can restore your health / energy. 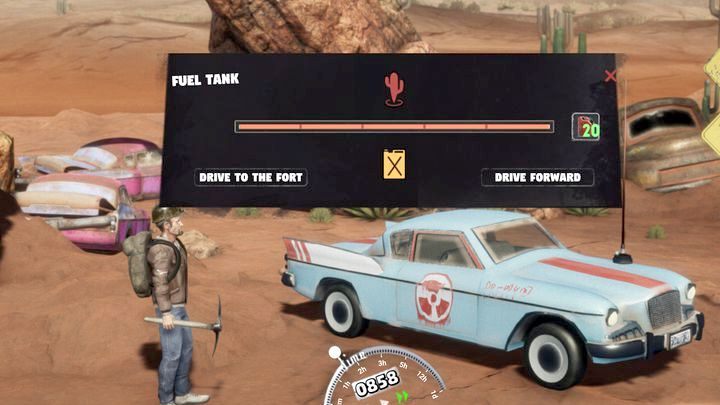 After completing the Radio Free North America task, Joe will reveal the Fort's location. First, you need to complete the tasks for Jenny and Bob to receive the pills. Then, get 20 units of fuel to fill up the car's tank in the desert - you will see a new button there - use it to reach the fort. 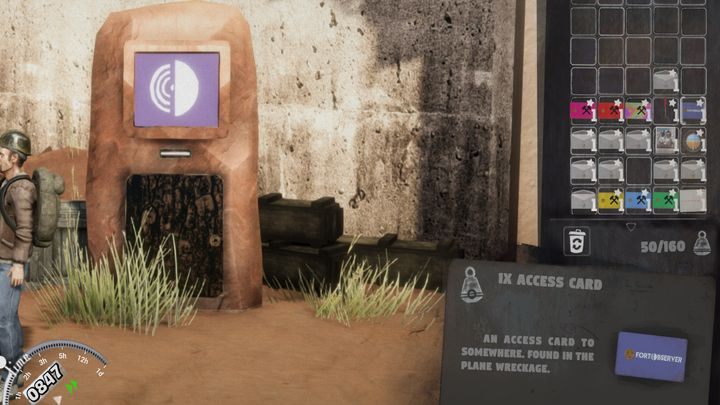 If you don't happen to have ID on you, you will also need the access card to enter the base (the same one you found in the crashed plane, signed Fort Observer). Leave everything but food in the crates before you go in. This includes resources. Remember to unequip items as well. 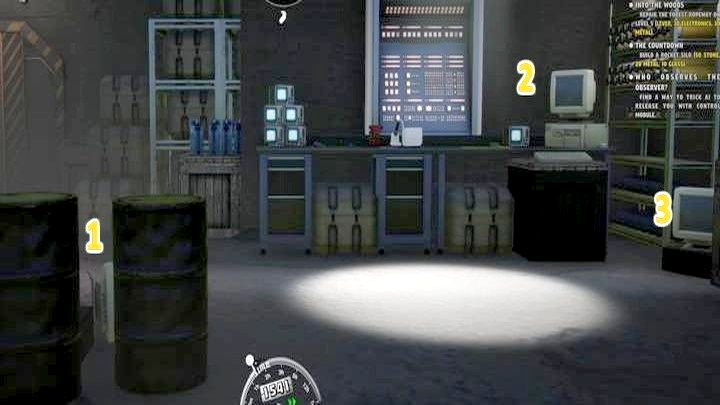 Go through the location and enter the small room. Pick up the AI module (grey sphere) in the middle of the room and take it apart it in the workbench. Place the sphere back in its spot without the control module. The main character will realise it's necessary to build a fake. This will require old computer parts, which can be found: 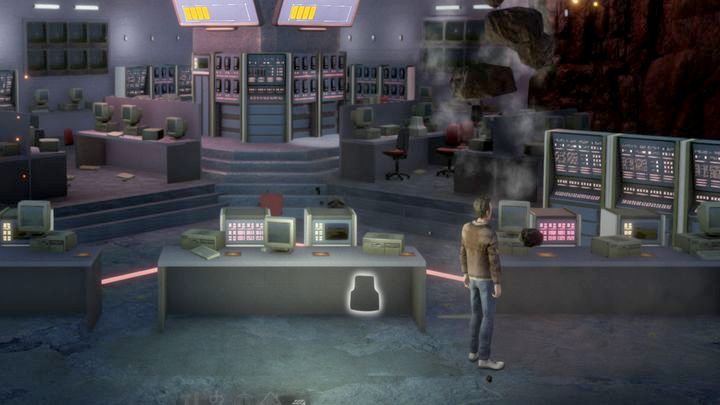 After leaving the room, head for the exit. A "boss" battle awaits you here. It lasts three rounds, during which you have to click on the monitors with faces. You can only do this when the health bar is visible on the screen. Each level will be a little more difficult (flying monitors, stones falling from the ceiling). The fight lasts a few minutes, but it's hardly difficult.

Sometimes the monitor that you click on may fall over and be accessible outside of your field of vision (behind the desk) as in the screenshot above).

During the Bless the President task, the Minuteman will ask you to find an item. The task will only appear after completing his previous quests as well as the Sleepless Base mission. 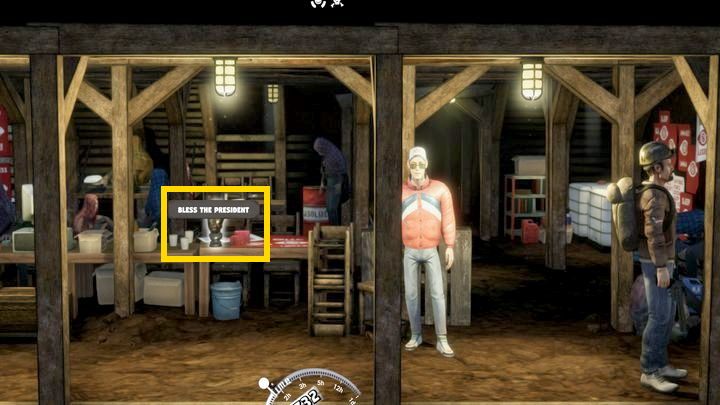 Go to the Sleepless Base at level -5 of the mine and take the figurine from the table, to the left of the entrance (ask Bob about it first). 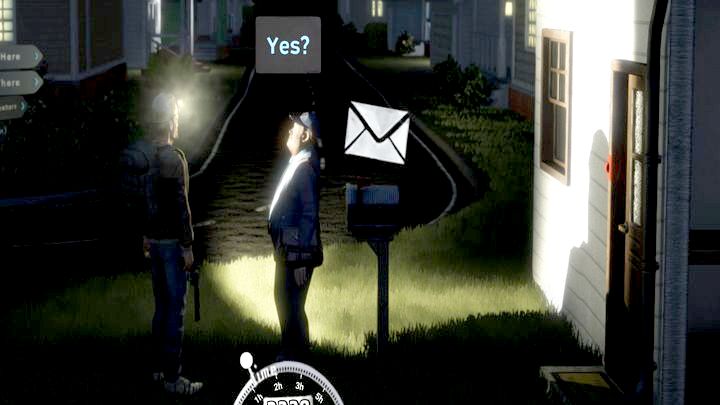 Then wait for the postman to arrive and talk to him (buy or sell an item through trade, otherwise he will not appear).

Note: this and the next mission are optional. You will be able to launch a rocket and complete the game without doing them. However, you will get the The Perfect Ending achievement if you complete them. This task will only start once you have completed the previous mission Bless The President and then waited for the next message from the NPC. During this mission, you have to get some canned goods for the Minuteman These can be homemade dishes or items found while exploring (especially in the desert, where you will find lots of canned food). You will receive money for sending him the food.

Minuteman's last task involves giving him a gun and bullets. You will receive this task again by mail after completing the Care Package mission. The rifle can occasionally be found in the Desert and in Fort Observer (in the room with the workbench). Alternatively, you might be able to buy it as well as the ammo from Joe in the Junkyard, if he trusts you enough.