On this page of the Mr. Prepper guide, you will learn about the combat system. You will also learn about melee weapons and firearms, opponents, and read a few tips about fighting opponents. 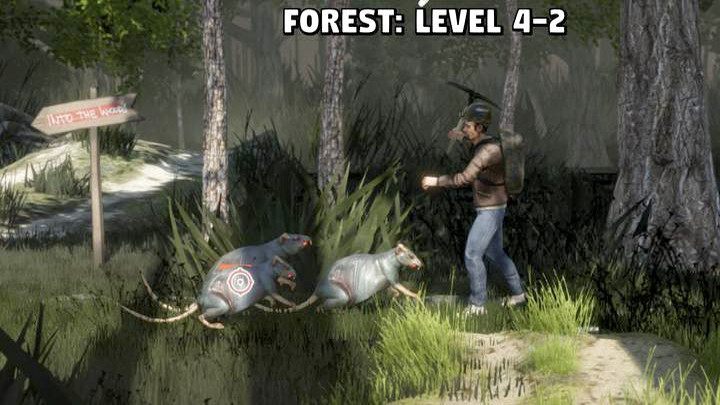 The combat system in Mr. Prepper is very simple: you click on an opponent to attack them. If you don't have any weapons, you will fight with your fists. You can defend against attacks by clicking RMB. The hero automatically attacks the next opponents who stand in front of him. If an opponent misses you or comes from the other side, you will have to click on them.

To equip your weapon, open the inventory, select it, click RMB and then Equip. You can equip two weapons at the same time and switch between them during combat by pressing Q. Additionally, you can equip grenades (regular, smoke, and dynamite). You can use them by pressing the quick item keys (1-4). The same goes for food - assign it to quick item slots to regenerate health during the fights (only after obtaining a backpack).

Melee weapons have durability. The more the icon turns red, the fewer attacks are left before the weapon falls apart. Don't carry broken weapons on longer trips - try to sell them or disassemble them at the Workbench. A knife has the least durability.

Available weapons in the game are baseball bat, knife, axe, pickaxe, revolver, shotgun. Use a baseball bat only when you have no other weapon. The axe and pickaxe deal the same damage, they can also stun opponents. The knife is the least durable but deals fast attacks and high damage to a single opponent.