Creating your own kingdom in Mount and Blade 2 Bannerlord is a long process and several conditions have to be met. The reward for your efforts is the ability to lead a faction - as a faction leader you can start voting on the politics of your kingdom, declare war on other factions or accept clans to join your kingdom. On this page of our guide you will find a detailed description of the process of creating your own faction - our step-by-step guide comprehensively explains what to do. In other words, we explain how to create your own kingdom in Bannerlord. 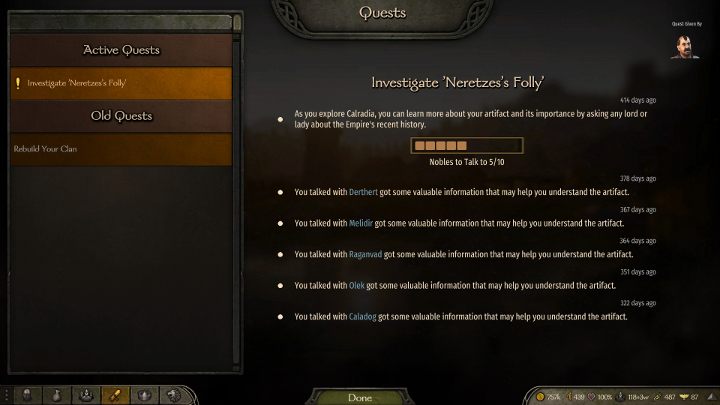 First of all, you have to complete one of the first missions of the campaign.

The first step is to complete the Investigate Neretzes's Folly mission. It consists in having a conversation with 10 Lords about the history of Calradia and The Empire. But they cannot be any random Lords - you have to find the right people with the required knowledge.

How can I find the proper lords? 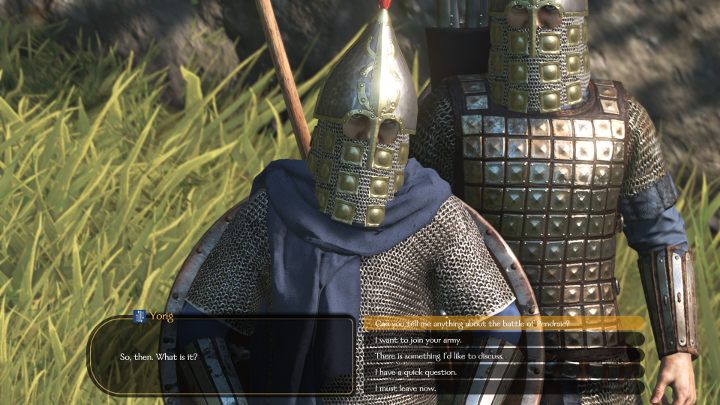 Any lord will tell you where to look for someone with information.

The best way to complete the Investigate Neretzses's Folly mission in Mount and Blade 2 Bannerlord is to talk to every lord you meet. During dialogue, select the option highlighted in orange. If the lord has the required information, he'll simply give it to you. If not, he will indicate the person who has such knowledge. This allows you to easily search for the Lords necessary to complete the mission.

In search of specific lords it is necessary to use the game's encyclopedia - you can activate it with the N key. Next, enter the name of the lord you are looking for in the search engine - in the window of the selected lord you will find his last known location.

Remember to talk to lords with a blue exclamation mark.

When travelling around the map, it's also worth looking for Lords with a blue exclamation mark. This will usually mean that the particular lord has the right knowledge, and talking to him can bring you closer to completing the Investigate Neretzses's Folly mission.

Talk to Istiana and Arzagos 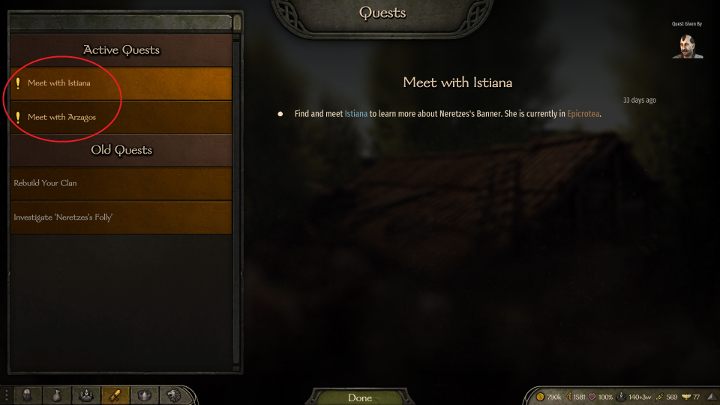 The next step is to talk to two characters.

After completing the above mission, you will receive two new objectives - Meet with Istiana and Meet with Arzagos. These tasks are very simple and consist only of talking to the aforementioned characters. Istiana is located in Epicrotea city and Arzagos resides in Marunath city.

Get three pieces of Dragon Banner 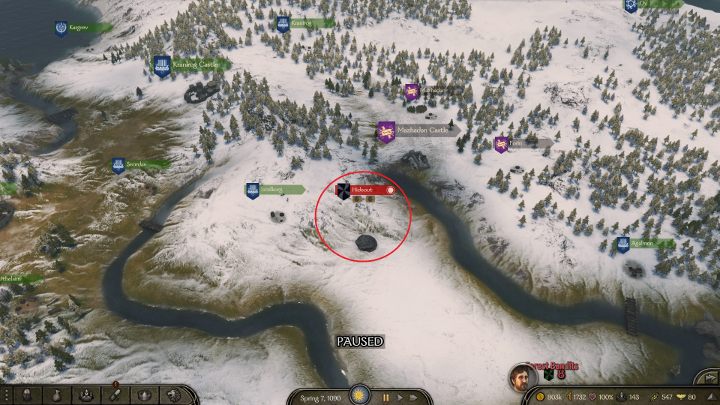 You have to get three pieces of Dragon Banner - you'll find them in marked bandit hideouts.

After talking to Istiana and Arzagos, you learn that you must acquire three parts of the Dragon Banner item. The bandit hideouts will be marked on your map - this is where you can find the required parts. To get a part of the banner, you simply have to attack a particular bandit's hideout and win the fight. It's no different than a standard attack on a bandit's headquarters. Once you have acquired the three parts of Dragon Banner, the Assemble the Dragon Banner mission will be updated. After that, you will be close to creating your own kingdom in Mount and Blade 2 Bannerlord.

Create your own kingdom 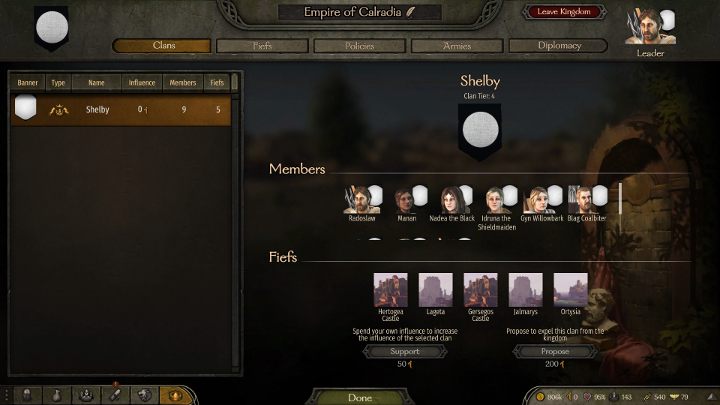 Once the conditions are met, you can create your own kingdom.

Four more conditions are required to create your own kingdom. You can find them in the green frame below:

THE CONDITIONS REQUIRED FOR CREATING YOUR OWN KINGDOM

Once all conditions have been met, go to Istiana or Arzagos and select the About creating my own factions option. After a short conversation, your own kingdom in Mount and Blade 2 Bannerlord will be created. You can make all the faction decisions in the Kingdom window. You can change the name of the kingdom, start voting to influence the politics of the kingdom or declare war on other factions.

Istiana or Arzagos - who to choose?

This choice does not have much impact on the gameplay in Mount and Blade 2 Bannerlord. By choosing the side of Arzagos, the final mission of the campaign will consist in bringing a situation in which the factions of the empire (namely the Northern Empire, Southern Empire and Western Empire) own less than four lands. In turn, after taking the side of Istiana, the objective of the last campaign mission will be to take over most (about 70%) of the lands owned by the Empire.