Mount and Blade 2 Bannerlord may surprise you with the level of difficulty. The options chosen during character creation may prove to be mismatched. Fortunately, the game offers the ability to change the difficulty level at any point. This section of the guide will tell you how to increase the difficulty in Bannerlord.

How do you change the difficulty level? 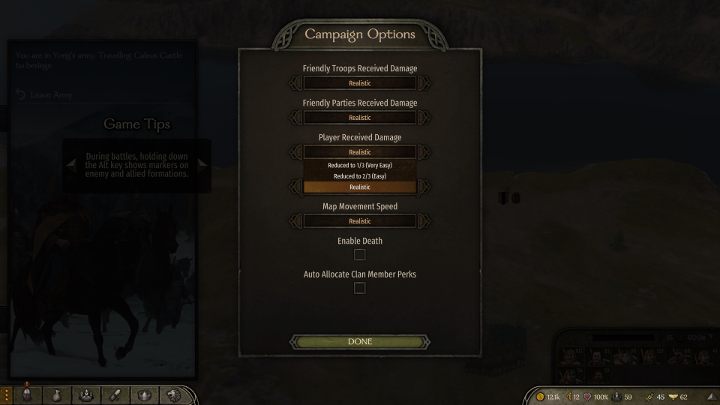 The difficulty level is determined by several settings.

To change them, press Esc, and go to Campaign Options. You'll see a few settings - you can set them to very easy, easy or realistic (the most difficult). There are also two options you can enable or disable. All difficulty level settings are as follows: