The skills in Mount and Blade 2 Bannerlord allow the protagonist to develop in a specific direction. The paths you can take include melee or ranged combat, trading, and constructing siege engines. There are 18 different skills in the game - it's worth highlighting the ones that are best suited to beginners. This section of the guide contains the best starting skills, and recommendations on developing them further.

Don't know how to develop a character? Check out the section of the guide dedicated to character creation and skills. 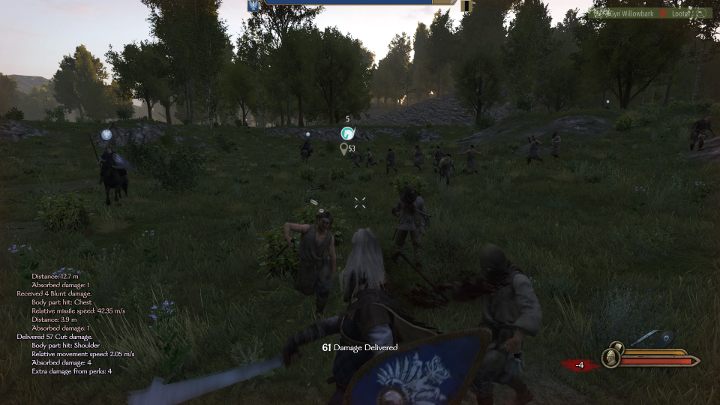 One-handed skills are the most user-friendly combat skills in Mount and Blade 2 Bannerlord. The reason is simple - using a one-handed weapon, you can use a shield at the same time. This significantly increases the chances of survival in battles. Using the shield, you don't have to worry about the direction of attacks - raising the shield will protect you from blows and arrows. Combining one-handed weapons with a shield is especially effective in combat on foot, but can also be effective on horseback. The catch is that you have to attack on the right side only - attacks on this side are wider, providing better range.

How do you develop One-handed skills?

Just use one-handed weapons - each hit will increase your One-handed proficiency. 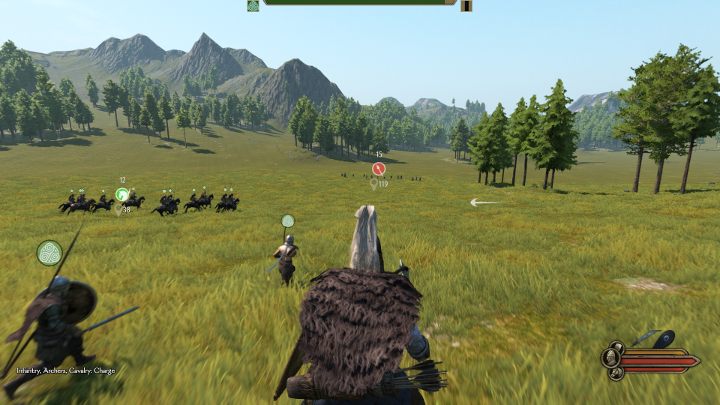 Horseback riding is useful in travel and in combat.

Just like One-Handed, Riding skills will also increase your survival on the battlefield. The horse gives you incredible mobility during battle, and this allows you to attack enemies from the flank or quickly retreat when surrounded. Moreover, attacks from the horse have increased damage, and the charge of the horse will also hurt enemy units. Also, riding a horse increases your speed in the campaign map. This will allow you to catch up with enemies or escape from a larger squad.

How to develop riding skills?

Use the horse a lot - in campaign mode, as well as during combat. 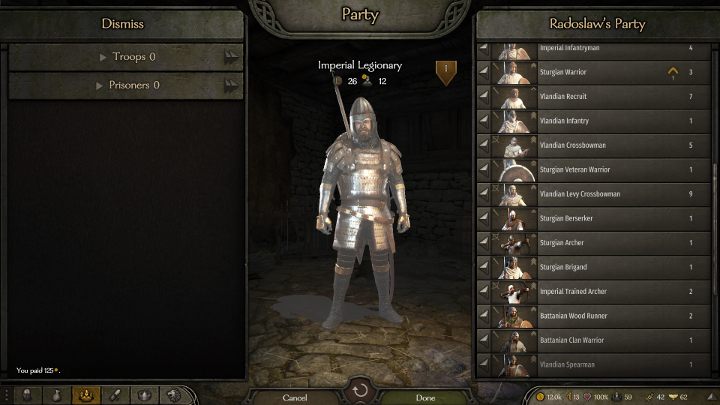 Developing the Steward skills will allow you to recruit more individuals.

The Steward skill increases the size limit of your army - so you can recruit more units. This will greatly increase your strength in the land of Calradia - more soldiers will provide you with more war capabilities. For this reason, it is worth developing this skill from the beginning - especially since improving it is very simple.

How to develop Steward skill?

Steward skills can be developed in two ways. The first is available from the start of the game - you just need to provide your soldiers with a variety of foods, and the skill will improve as you travel. The second way is to develop your own estates - towns or villages that you will conquer in the later stages of Mount and Blade 2 Bannerlord. 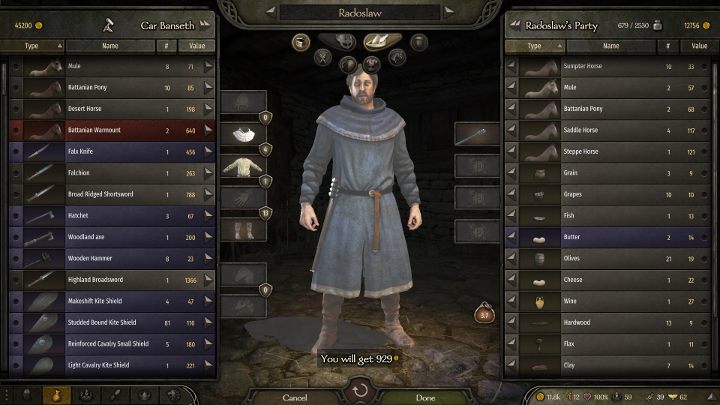 Better prices will always be useful - you'll need gold at all stages of the game.

Gold in Mount and Blade 2 Bannerlord will always be useful. Whether you're just assembling the first army, or fighting a war with another faction. There are a lot of ways to make gold, but most of them comes from trade. Developed Trade skills will get you better prices at retailers, and that translates into higher earnings.

How do you develop Trade skills?

The easiest way is to trade at a profit - buying cheaper in one city and selling at higher prices in another. In order to do this, you must pay attention to the so-called trading rumors displayed on some commodities. The second way is to control a caravan operation - you can buy caravans in the city, but it's pretty expensive, and requires you to provide a guard for the caravan, (two dozen soldiers at the lest).