Mount and Blade 2 Bannerlord offers several game modes. Aside from the campaign mode, in which you develop your hero, recruit soldiers, complete missions, or even create your own country, the game allows you to conduct quick battles, as well as play multiplayer games with other players. This page of the guide lists all modes available in Mount and Blade 2 Bannerlord. 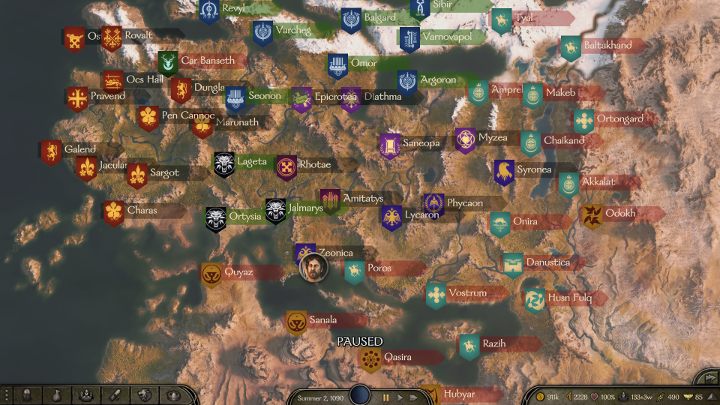 In campaign mode, there's a huge map awaiting for you.

The campaign is the basic mode of Mount and Blade 2 Bannerlord. In the campaign mode, the game is divided into two modes - world map and combat. The first mode allows you to develop your hero, gather soldiers, trade, join a faction, or conduct diplomatic activities. The combat mode comes into play when you're about to clash with an enemy. You'll be taken to a battlefield where you and your soldiers will personally participate in the battle.

The story campaign in Mount and Blade 2 Bannerlord is the most complex gameplay mode. Therefore, it is worth checking all pages of our guide which were prepared especially for beginner players: 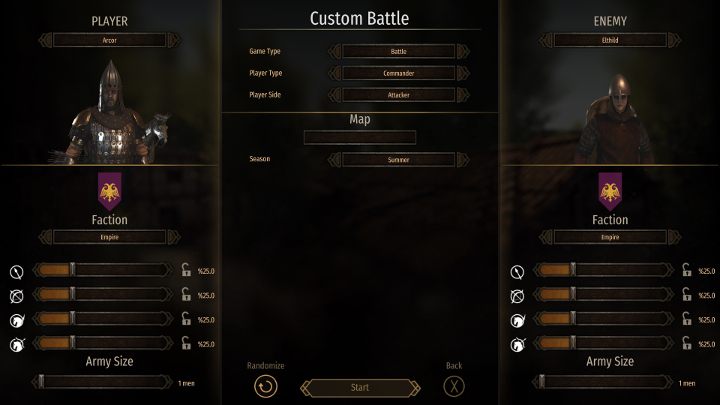 In custom battle, you can set all its parameters and options according to your preferences.

Custom battle mode enables you to take part in quick battles against a AI-controlled opponent. Before the clash, you decide the specifics - you can customize the amount of soldiers or the location of the battle. You can choose from a large field battle, a village assault and a siege. You can take command of any faction from Mount and Blade 2 Bannerlord and play several different characters 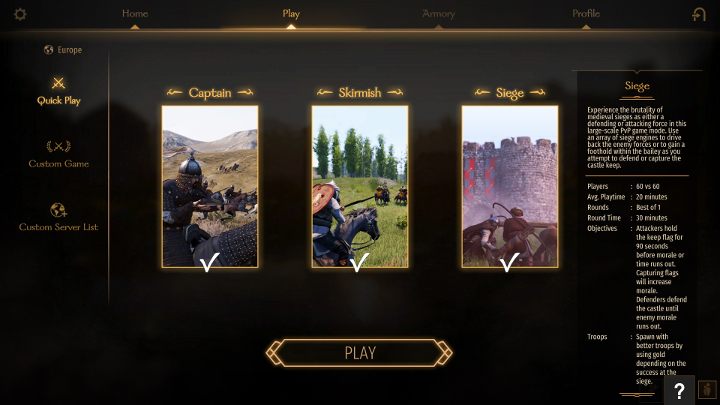 During multiplayer battles, there are 12 to 120 players can simultaneously participate in the multiplayer mode. Online battles take place in different modes - capture the flag, sieges, or the commander mode, in which each player leads a group of soldiers. 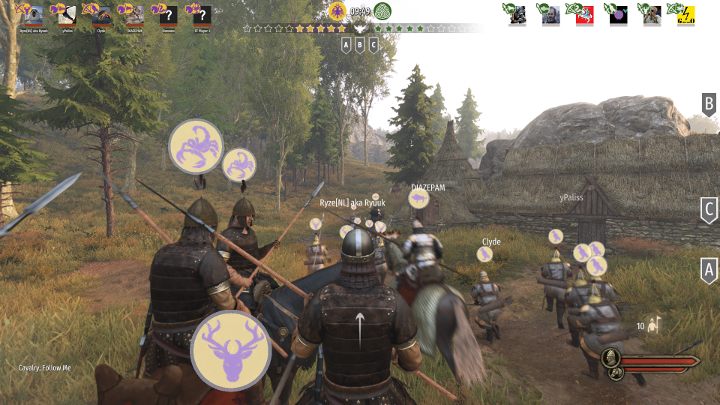 In Captain Mode, you take command of a small squad.

The multiplayer Captain mode somewhat resembles the standard battle in Mount and Blade 2 Bannerlord. Before the game starts, you choose which type of squad you want to take command of - infantry, ranged units or cavalry. The goal of your team is to capture and maintain control of special points on the map. In addition, you can give commands to your AI-controlled units at any time. Also, if you die, you become one of your soldiers. 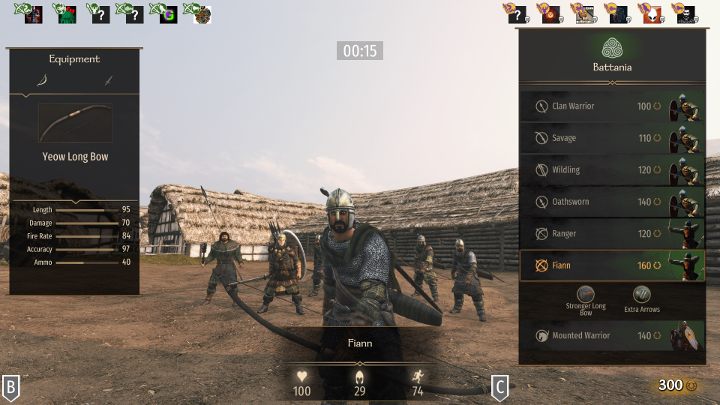 You can change character during the game.

The rules of Skirmish mode are the same as in Captain Mode - your team must take over and maintain control of various points available on the map. This time, you're not taking command of a squad or party, but you're controlling one soldier. Each soldier, depending on his armament, costs a certain number of points. These points are earned by killing opponents. 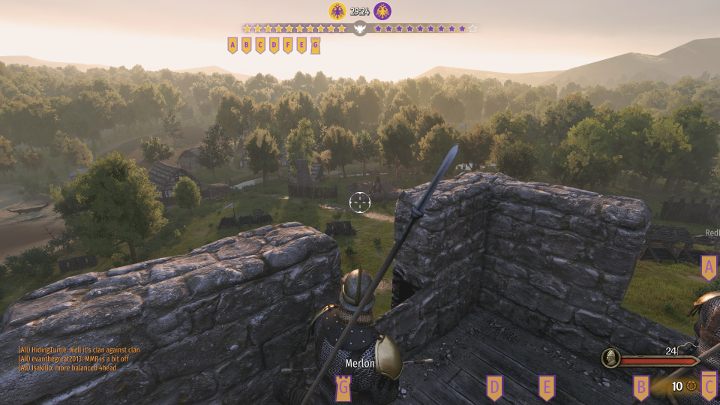 More than 100 players participate in sieges at one time.

The gameplay of Siege mode is identical to that of Skirmish mode - each player plays as one of the available soldiers, and the main goal of the entire team is to capture and maintain control over strategic points located on the map. However, the difference is visible in the scale of the game - the match has a form of a siege and more than one hundred players participate in one match.