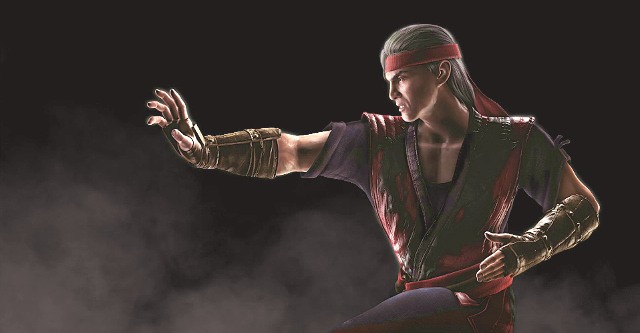 One of the best-known characters in the Mortal Kombat franchise. This time, he can still use very fast attacks. This character is very agile and it is difficult to defend while fighting him. The majority of his moves are safe, if they encounter a block, which makes it difficult to counter him.

Liu Kang can kick the opponent while in the air. This move is a good finisher for a combo and, apart from that, it knocks the opponent to the ground. The EX version deals higher damage.

Probably the most recognizable of Liu Kang's moves. He dashes forward, in the air, with his leg extended towards the opponent. It does well at the end of combos and adds a bit of damage. This move is very quick and in the EX version Liu Kang, the range of this attack is even longer.

A safe punch with quite a range. It is a nice move to send the opponent into the corner of the screen, after which you can start exerting some more pressure. The EX version cannot be interrupted, thanks to which the opponent can encounter a knockdown.

Flame Fist: Liu Kang can throw quite fast fireballs. They can be used both above the ground (high, low), and in the air. The ones traveling low can be deceiving and they need to be blocked in crouch. What is even more, Liu Kang can land a combination of very fast mid blows, which can be used in a combo. The EX version of this move adds one extra blow that knocks the opponent away. Liu Kang can also activate his flaming fists, which deals additional damage.

Dragon's Fire: Liu Kang receives a mid fireball! It needs to be avoided, because it is impossible to crouch to dodge the projectile. The EX version fires 3 fast fireballs. In the Dragon's Fire variant, instead of the fast punches, Liu Kang uses fast kicks in the air. The EX version adds an extra kick, which results in the ground bounce effect.

Dualist: Liu Kang comes in two versions, in this variant. A Light and a Dark one. In the former case, Liu Kang hurls fast fireballs. Also, he can heal himself, using an aura of light. As for the latter version, Liu Kang can send an orb of dark energy, towards the opponent, which does not do damage, if you do not stop it at the right moment. The orbs cannot be detonated remotely and you need to wait for them to explode. However, they can be stacked and, e.g. stop one of them behind the opponent's back, and the other in front of them, which traps them. Instead of healing, Liu Kang can now charge himself with dark energy, thanks to which he deals more damage. After the charging, the energy orbs explode much faster.

During the fight, you need to use, at least, 3 interactive elements of the surroundings, after which you need to kill the opponent with a mid-air fireball (<,>+1).