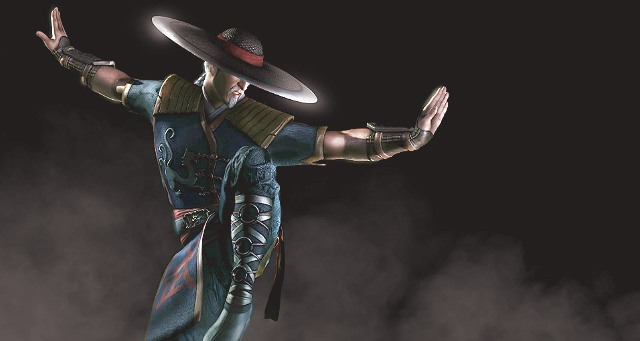 A character of very high mobility and capable of keeping the opponent at a bay. Thanks to unique combos of this character, the opponent will have a hard nut to crack, when it comes to blocking the hail of attacks. Kung Lao uses his standard attribute for fighting, i.e. his circular-saw hat.

Kung Lao spins and launches the opponent into the air. This move is very quick and it is perfect during combo. The EX version is much faster.

Kung Lao jumps and dives at the opponent with a kick. A quick attack that attacks Mid. The EX version deals higher damage.

Kung Lao can teleport behind the opponent's back. Depending on which button you press after the teleport, Kung Lao uses a different attack. You can, for example, perform teleport throw (v,U+1) or drop kick (v,U+4).

Tempest: The EX version of the Spin has capture state - it seizes the opponent and launches them into the air. The regular version of the spin can be controlled, so while spinning, you can move around the arena. Apart from the regular hat throw, Kung Lao can make it orbit around him and it then deals damage to the opponent, if they come too close. If the opponent manages to block that, the hat drops down and, for a short moment, you fight without it. This is not to advantageous, considering the fact that, when the hat is spinning around you, you cannot use it in any other way, so you cannot keep the opponent away, with hat throws. An alternative use for the orbiting hat is to teleport behind the opponent's back.

Buzz Saw: Kung Lao can now throw his hat at the opponent's legs (low). After it connects, the hat returns to your character immediately. In the EX version, the hat can be stopped in a spot or sent forward. This move harmonizes well with combos Kung Lao also gains access a an interesting 2-hit, overhead combo, which can be combined with the abovementioned low hat. Also, Kung Lao has an anti air move, in which he sends his hat up. In the EX version, the hat first goes up and then drops down.

Hat Trick: Kun Lao can now send his hat into a specific spot, e.g. behind the opponent's back, where he can stop it. At the right moment, you can get it back to you and the hat deals damage to the opponent.

Kill the opponent with a regular throw, but you need to spam any punch button, for 15 times, during the animation.