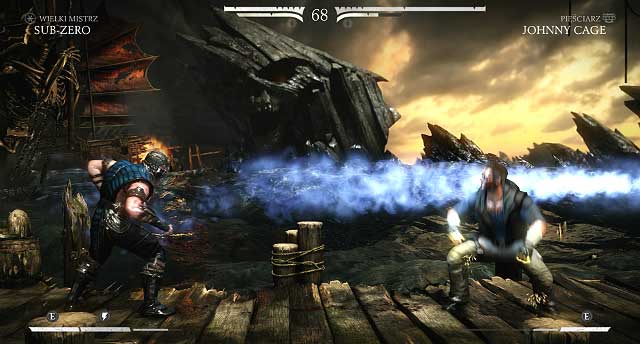 Mortal Kombat is a popular fighting game, which has first been released in 1992 for arcades. The game made a name for itself, thanks to the, so called, Fatalities, which allows you to kill, brutally, the opponent after you defeat him. Up to this day, this remains the highlight of the game. The rules are simple - two opponents start a fight to the death on an arena. Each one of the players picks a character from the roster and determines the variant of the character. What each variant differs in is looks of the character and special moves that you can launch during the fight. An appropriate choice may be the key to victory, because some of the special moves are perfect for countering specific fighters. You can choose s single-player mode, versus mode and multiplayer mode. What makes up the single player mode is, predominantly the complex story mode which, as for a fighting game, is riveting. Versus fights are the well-known quick matches that can be modified with certain elements, such as random modifiers. As for the online mode, you can fight your way, up the ranks, here, by gathering points.