The Unchained is the final boss of Mortal Shell. The boss is none other than The Old Prisoner himself, who you can find on the top floor of Fallgrim Tower. To be able to fight the final boss, you must defeat the three main bosses and gain their Glands. Then, give Glands to The Old Prisoner. You will get different versions of the parrying. If you give him 3 Glands, you will be able to face The Unchained. 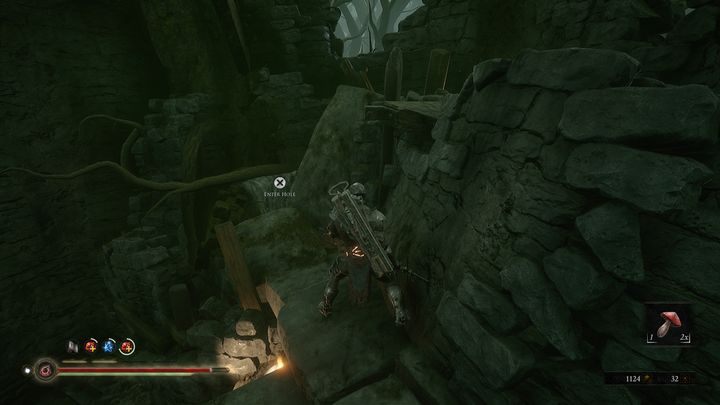 Once you give him all the Glands, The Old Prisoner will disappear from Fallgrim Tower. To be able to fight him, you have to go into the hole presented in the picture. 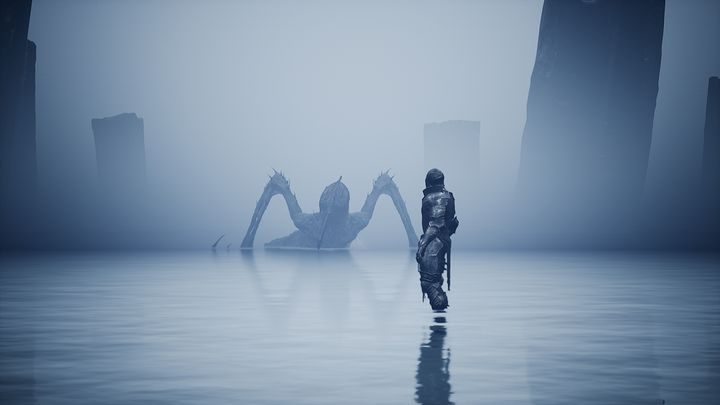 The Unchained uses water attacks, his tail, and can summons lesser enemies. This boss has one health bar. However, he has 3 phases, each granting him new skills. The Unchained has a lot of health points, which means the fight can last a very long time. However, his attacks are heavily telegraphed and slow.

The Unchained usually starts the fight with a slide attack. He'll cover a long distance heading your way with great speed. He signals this attack by raising one of his hands and moving it slightly backward. If he gets close enough to you, he will attack with that hand. Use Harden or avoid a blow and counterattack. 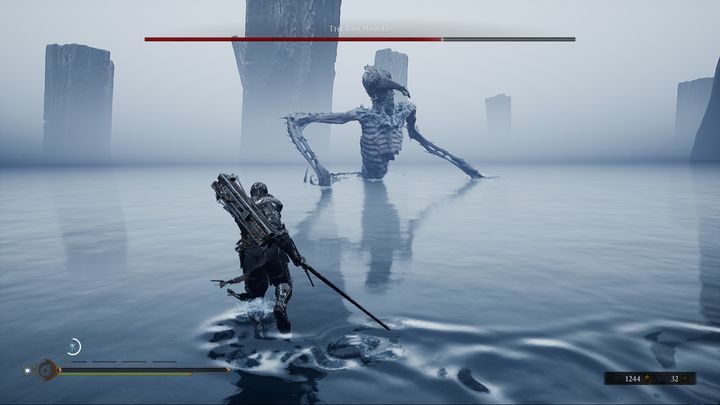 If you attack The Unchained from behind, namely his tail, he will attack with it. The boss will swing the tail twice. The moment you see this attack coming, use Harden and counterattack. 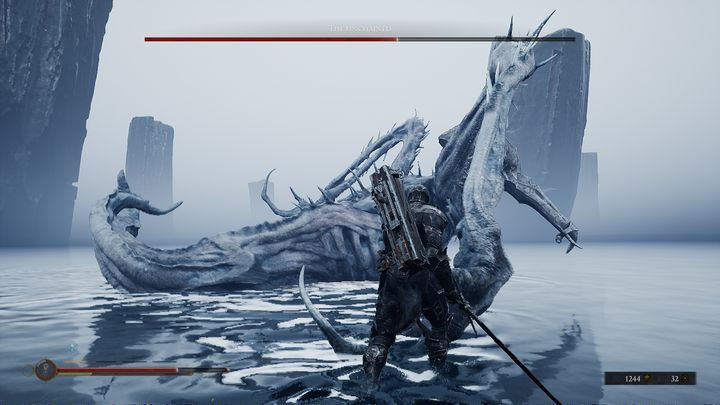 The Unchained also has an attack that involves jumping high up, making him untraceable. After a short while, he will land where you are. It's worth using Harden when you see him doing that attack. 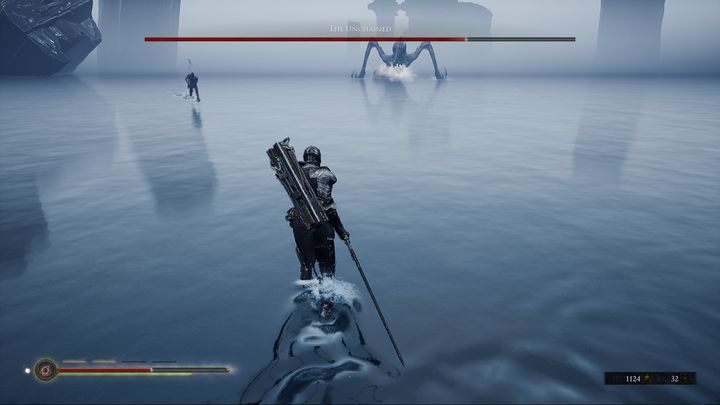 Once you deplete his health bar to 90%, he will gain three new attacks. One of them is to summon reinforcements. They will start to appear in random places. The enemies run straight at you, usually attacking you with a jump attack. Fortunately, their health bar is very small, so you shouldn't have problems killing them. Take care of them first, then The Unchained. 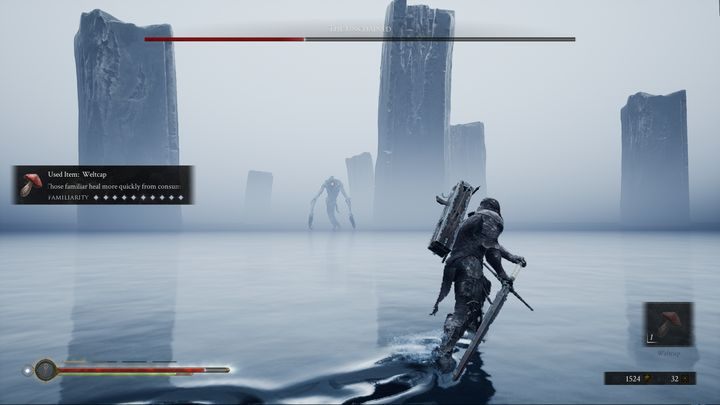 The boss's second new attack is jumping into the water twice, far away from you. He creates two waves that travel towards you. If you don't avoid the wave, it will damage you and knock on the ground. To avoid this attack, dodge twice forward as the wave approaches you. 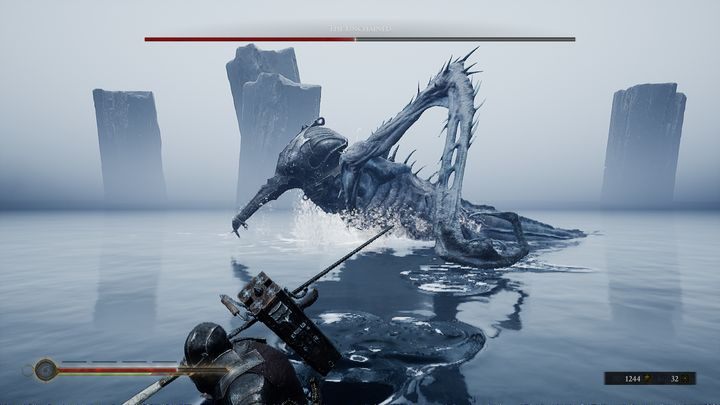 His third new attack is a roll towards you. He performs this attack only when you are close to him and standing the side. He does it twice. Use Harden to block the first attack. Dodge backward to avoid the second.

In the final phase, which begins when the boss's health drops to 30%, he will perform a powerful attack. He jumps into the water, then forms a huge vortex. Reinforcements will appear. The water vortex pulls you inside, the same thing happens to the enemies. Being in the vortex deals you damage over time. Every creature consumed by the vortex helps the boss restore a small portion of his health. 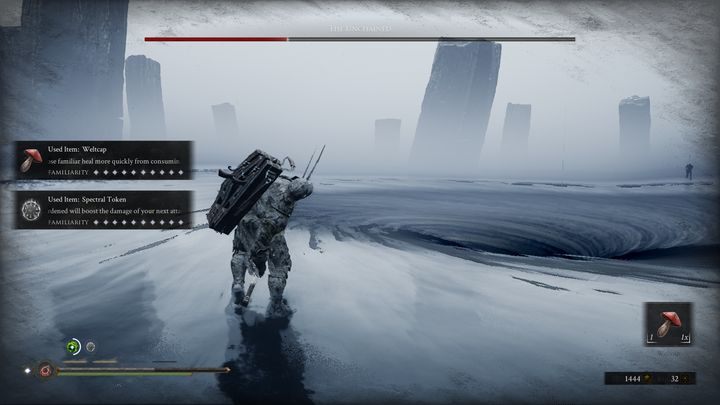