Tarsus is a boss who has high agility. Like Imrod, Tarsus has two phases, so don't be surprised if you have to fight him again after you reduce his health bar to zero. Imrod attacks mainly with his sword and ice attacks. Remember that Tarsus can disappear in the fog at some point and reappear in a random place. Fighting him with unlocked camera is much easier. 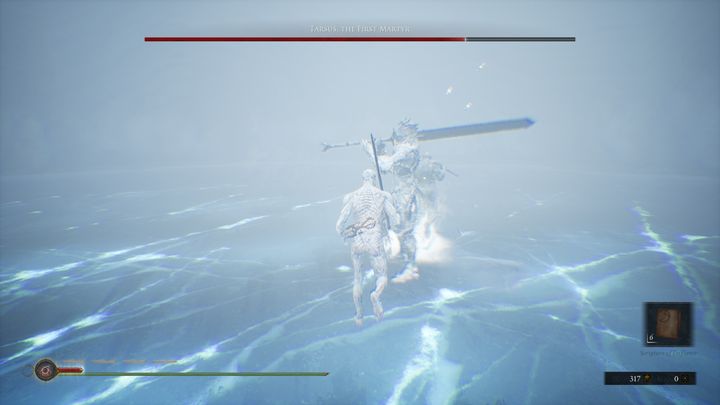 At the very beginning of the fight, you won't be able to see Tarsus. His attack consists in charging at you. Thus, you will never really know from which side he's going to attack you. You have two options here - use Harden (however, you won't be always able to use that), or make a dodge at the right time. If you can't see Tarsus, you have to rely on your hearing senses. The louder the sound, the closer Tarsus is located. After you hear that specific sound perform a dodge. Tarsus usually performs 2 or 3 attacks. 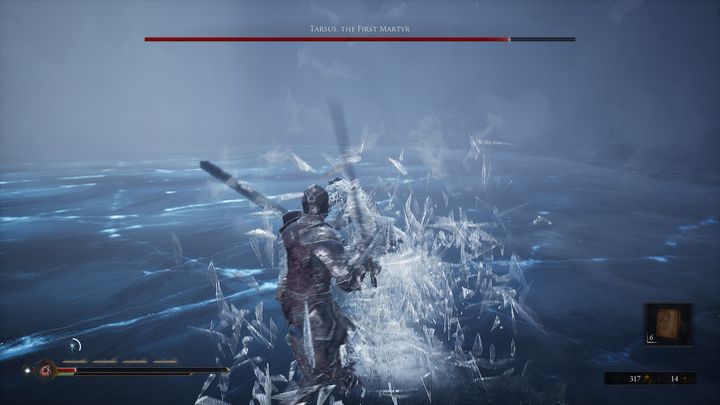 After you spot Tarsus and the fight with him will start to resemble a real battle, he can perform an attack consisting of 3 strikes and an attack from the above - you cannot parry or block this attack. Wait for his 3 strikes and then run towards the enemy in order to attack him before his 4th attack. Use Harden during an attack in order not to receive any damage and have an opportunity to attack your enemy. 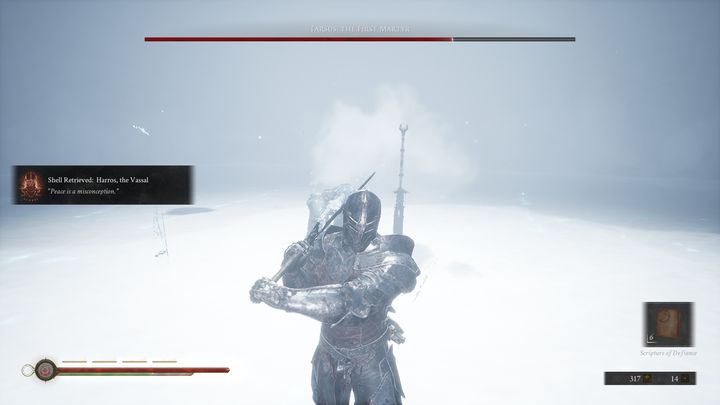 Tarsus occasionally sticks his sword into the ice, then creates a frosty aura around him. If you notice this attack, immediately run away and hide in a safe spot. By standing there, you will receive constant injuries from the cold. Wait until the animation is over and then start attacking. 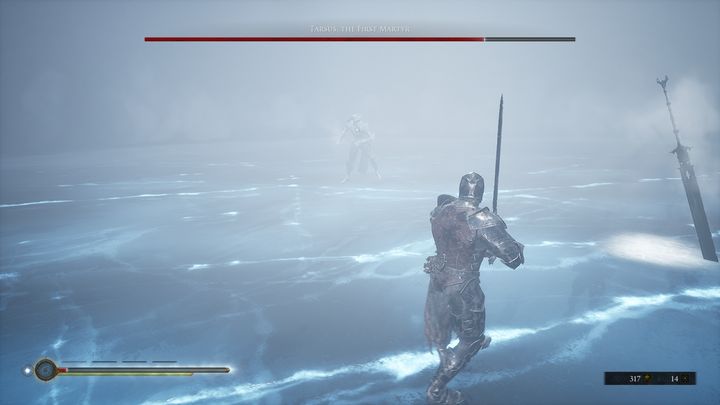 Also, Tarsus throws his sword in your direction, but don't think that you're safe after he throws his weapon. After that, Tarsus performs a charge towards the sword and makes a very long jump towards you in order to attack your hero. Make a dodge or evade the attack and then use Harden. After that, attack your opponent.

Once you deplete his health bar, you will trigger phase 2. In the second phase, Tarsus mostly relies on quick dodges. Of course, he will perform all attacks known from the first phase of the battle. As for the new attacks, Tarsus will try to stab you with his sword and overcome a considerable distance. This attack is linear. Perform a dodge to the side and start a counterattack. 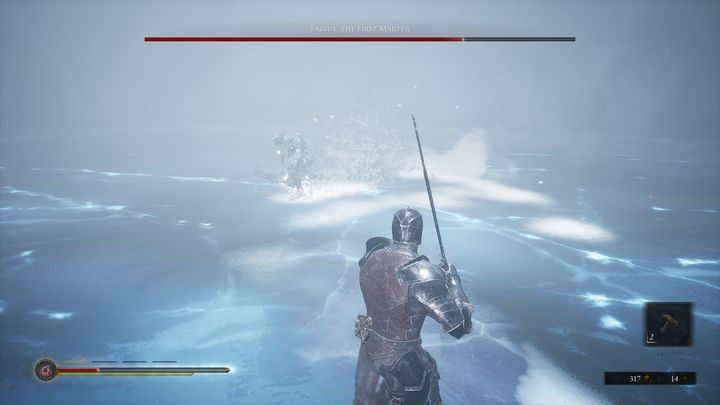 Another new attack consists in spawning frost icicles from the ground. If you notice that the boss is swinging his weapon aimlessly and then slamming it into the ice, run as far as you can. He summons icicles from the ground. If one of those hits you, it will freeze you and inflict heavy damage. It's best to wait until all the icicles are gone. Be careful, because when the icicles are cracking they obscure the visibility. By this time, Tarsus may already be charging towards you.