Imrod is a large creature that mainly uses fire-based attacks. His attacks inflict heavy damage but are quite slow. It's worth using Harden. Remember that Imrod has two phases, the second activates the moment you make his health level go down to zero for the first time. 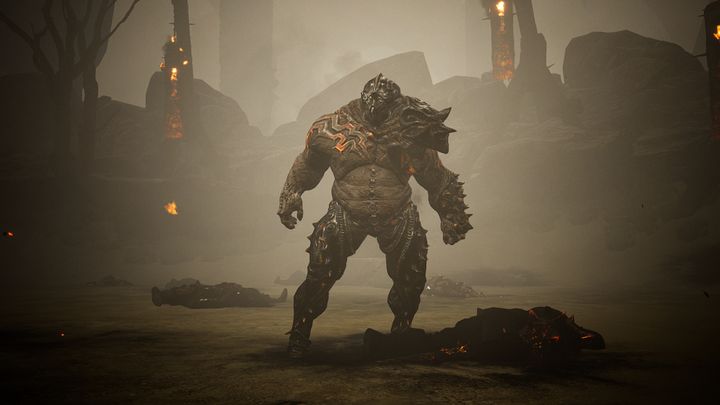 He starts the fight by charging towards you, swinging his weapon twice in your direction. It's worth using Harden the moment the first attack hits you. Then you can attack him because he will vulnerable for a while. 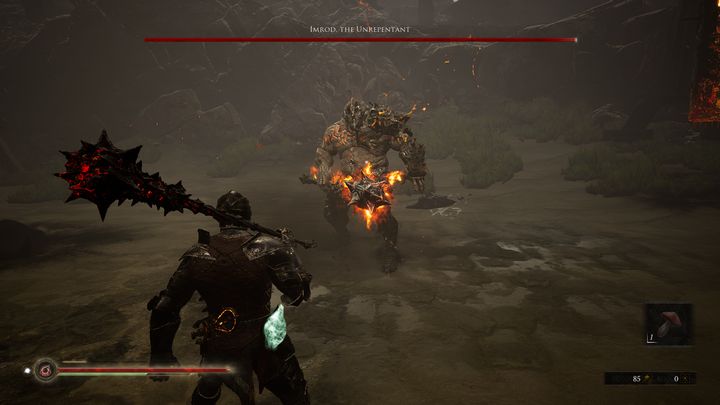 The most important thing is to keep Imrod at a short distance. If you don't do that, Imrod will perform a jump that inflicts heavy damage upon landing. Remember, this attack can't be parried. When he's in the air, use Harden and then attack Imrod. 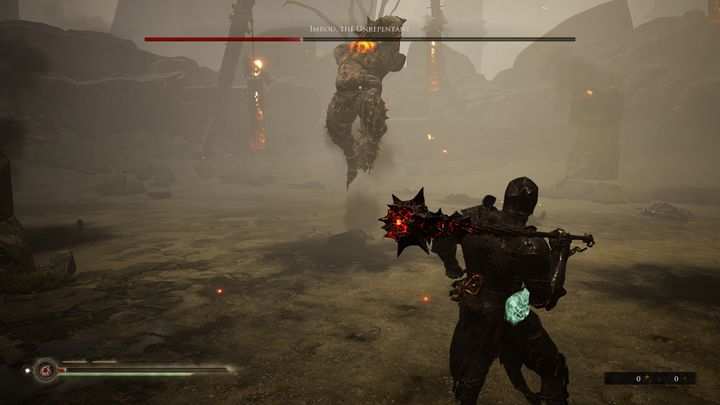 The boss can also attack you with a flame coming out of his helmet. This attack has a small range, and you can avoid it by jumping back or using Harden. After his attack is over, hit him several times. 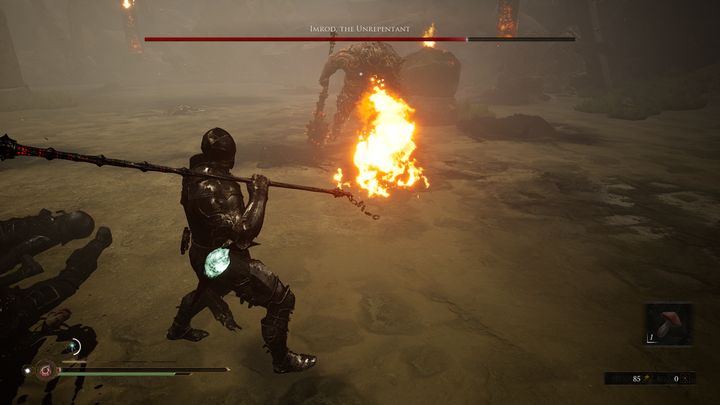 Once you deplete his health bar, you will trigger phase 2. He retains the moves from the first phase and gets 2 new attacks. The first is a kick - it does not inflict major damage, but it will make you lie on the ground for a brief moment. Fortunately, at that point, the boss will most often mock you instead of attacking. 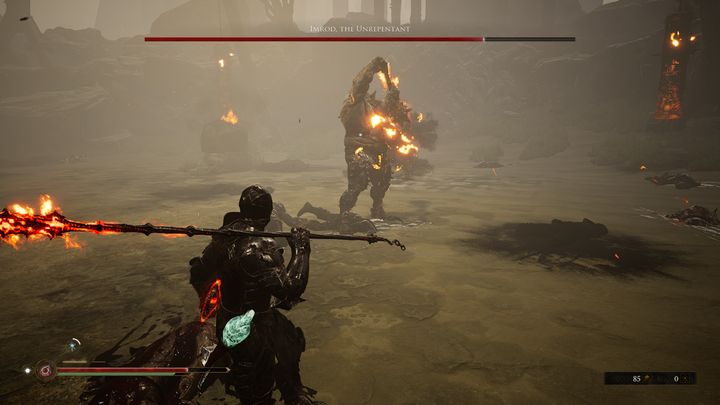 His second new attack is to approach the bodies that lie in the arena, pick them up, burn them and throw in your direction. Fortunately, this attack is very easy to avoid, and you can attack the boss as he approaches a body and picks it up. You have a lot of time to inflict damage. When you see Imrod burn the body, stop attacking, and get ready to dodge.