Grisha - another boss of Mortal Shell. During your adventure, you will encounter 3 types of Grisha - Cave Grisha, Fog Grisha, and Enslaved Grisha. Cave and Fog Grisha differ only in appearance, while Enslaved has an upgraded move set. When it comes to fighting Grisha, it is best to keep your distance and provoke him to use non-parryable attacks as he is completely vulnerable after using them. 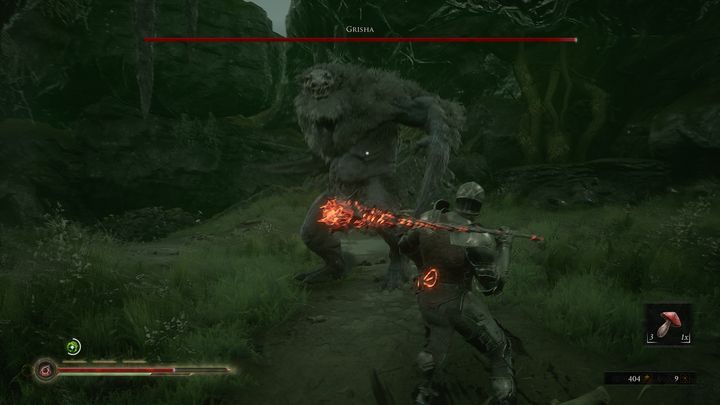 Grisha's attacks are slow, but you'll know why once you're hit. Watch out for his impossible-to-pair attacks, which will be marked in red. During one of them, the boss starts to roar and makes a forward move, pushing his blade towards you. After this attack, the boss turns around and is briefly helpless. His second attack involves sticking his blade in the ground; when he does so, do not stand in front of him, for after a short while he will pull it out of the ground and inflict damage. If you see that Grisha has stuck his blade into the ground, go behind him and attack him until he takes the blade out and starts attacking you. 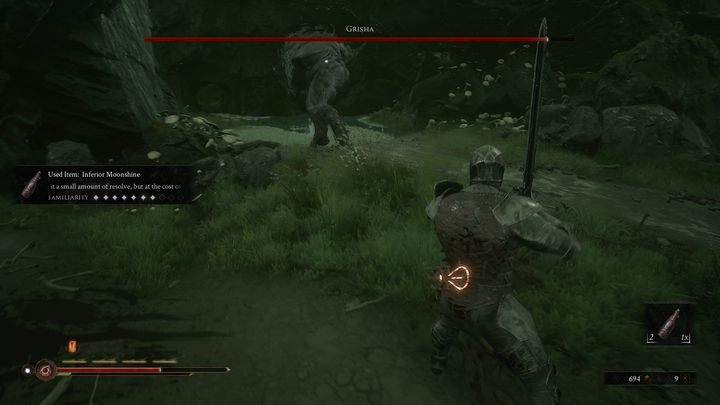 In addition to these attacks, Grisha also throws basic hits that can be parried. Parrying Grisha is a good idea, as it inflicts a lot of damage and throws the boss off balance for a short while, enabling you to continue with 2-3 hits. Nevertheless, if you're not feeling up to parrying Grisha, remember to perform the dodge in the right moment - if you do it before the first attack, the second one will also be blocked, as your Harden will save you. Grisha usually throws 2 hits, then attacks 3 times after a short break.

Enslaved Grisha is not that different from the basic version of Grisha, but has new moves that need to be described. Fighting her, after all, should not be too different from normal Grisha, which is why the description of the fight found above fits the two of them. 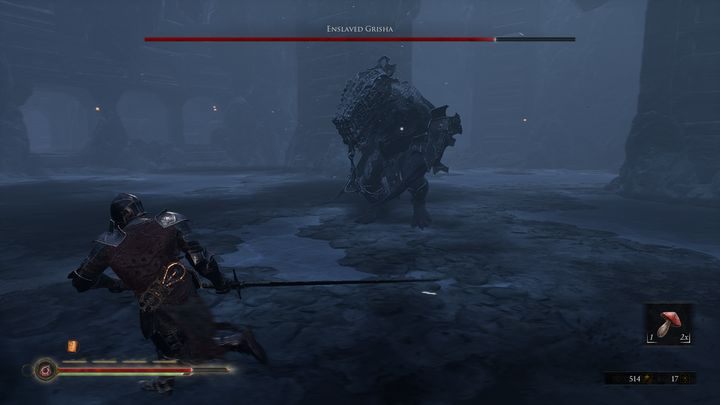 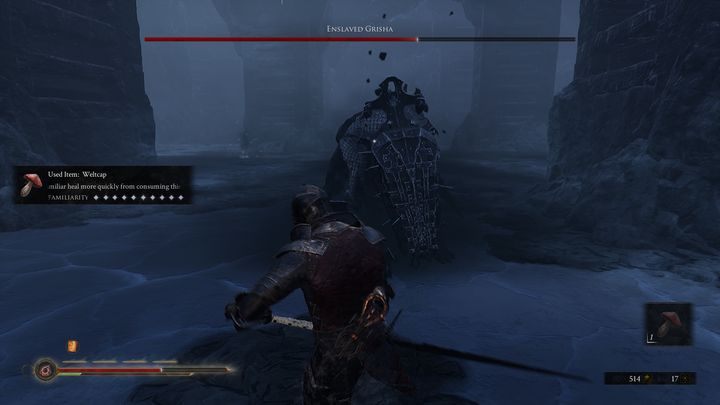 Her second attack involves jumping into the air and attacking you from there. When the Enslaved Grisha lands, you will hear the crackle of ice - be careful, because an icicle will fall on you from above. After a while, smaller icicles begin to fall. It's worth waiting until all the icicles fall to the ground and then continue with the encounter. If you'll conduct the fight as with a normal Grisha while paying attention to her new moves, you should be able to win this battle easily.