Hadern is the first boss in Mortal Shell - he serves as a tutorial boss. He isn't hard to beat. The boss serves as a test to see if you've learned the basic mechanics of the game. He also fights with a sword. You need to know that dying against Hadern will trigger a cut-scene - you will be moved to another location. Try to defeat Hadern - you will unlock a trophy that brings you closer to the platinum trophy and receive the Glimpse of Reverie item. It gives you 15 Glimpses. 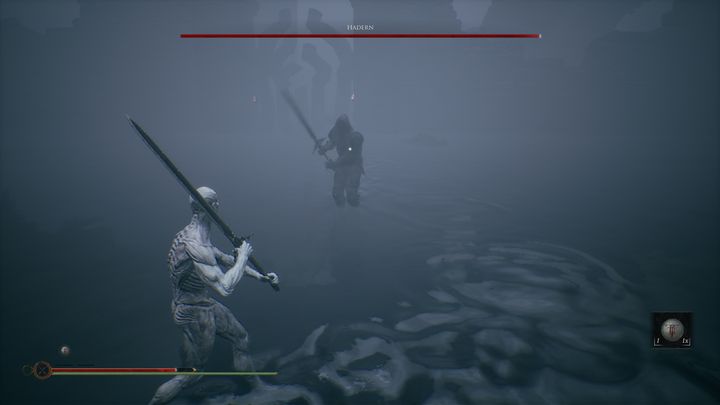 As for the fight against Hadern, it's not that demanding, but this doesn't mean it's going to be easy. Hadern uses the same move set as you because he wields the same weapon. It's best to use a tactic that forces Hadern to make a jump in your direction. You can provoke him to do so by keeping a considerable distance. This attack is easy to avoid and gives you a chance to deal him damage. Remember, however, that it is better to perform a single attack and then dodge - once he gets injured, he will attack you again. If you don't have the stamina, use Harden - your opponent will be stunned for a short while. This is enough time to attack him 2-3 times. 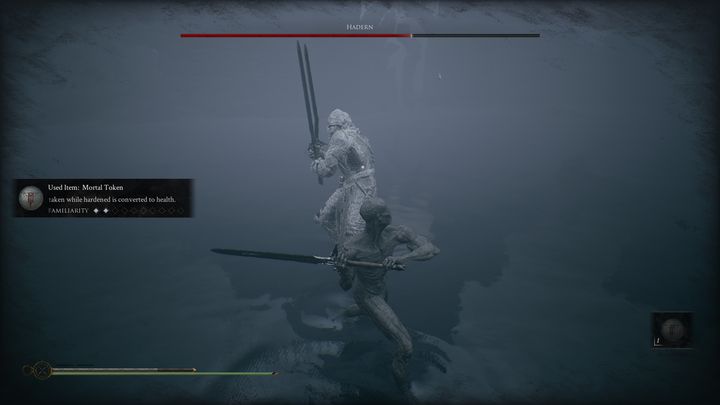 Hadern can use Harden, too. If you hit him while he is in the Harden state, your attack will bounce back. At this point, either use Harden or try to mash the dodging button. However, when the boss used Harden when you weren't attacking him, get behind his back while keeping a safe distance. When Harden is over, attack him. 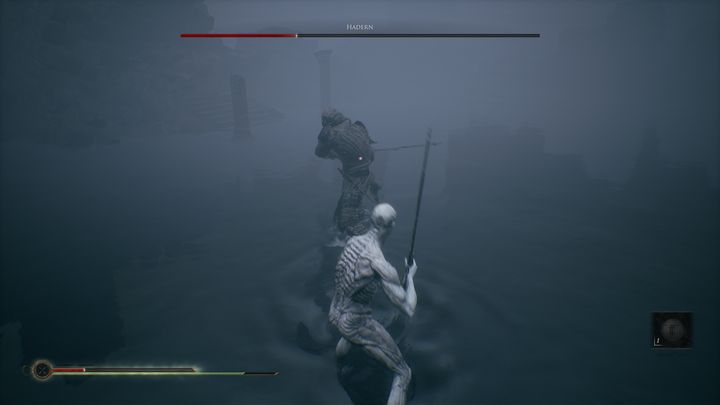 A good method is also to perform a run attack (hold the Circle and press R2 on the PS4). When the boss misses with his attack, perform a run attack. When you hit him, use Harden right away - the opponent will bounce off you and be vulnerable to 2-3 attacks. It is worth repeating this strategy, or the previously described one that provokes the boss to jump. If you are patient and keep doing this over and over again, you will win it without much problem.