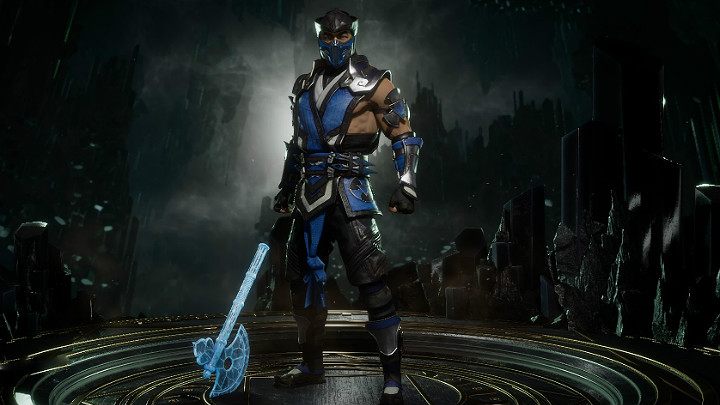 Sub-Zero is one of the best and most powerful characters in Mortal Kombat 11. Similarly to Scorpion, Sub-Zero is another character recommended to beginners. In combat, you will often use the Ice Ball to freeze the opponent and create an opportunity for a combo. Another extremely powerful and quick move is Slide - you can use it to decrease the distance between you and your opponent. 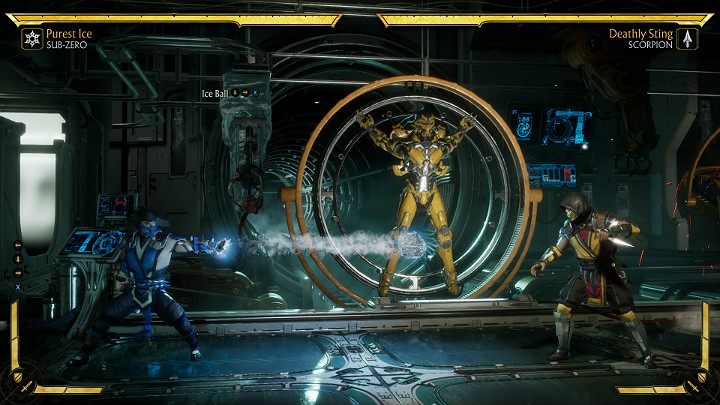 Ice Ball is probably Sub-Zero's most popular special ability. The Fighter shoots an ice projectile which freezes the opponent upon hitting him giving you some time to start or continue a combo safely. If you manage to freeze your enemy, always move forward and begin an attack within several seconds. If you waste such an opportunity, the opponent will resume a neutral stance and will start attacking. 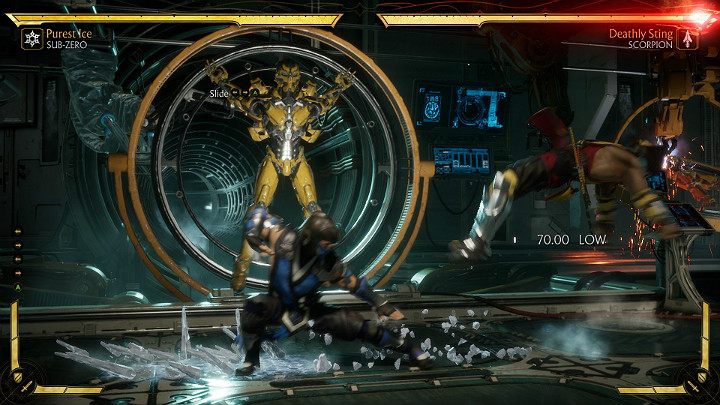 Another one of Sub-Zero's signature moves that was featured in previous installments of the Mortal Kombat series. Sub-Zero performs a quick slide towards the opponent's legs to trip him upon hit. The slide can be amplified to deal more damage. The slide is a perfect move to finish a combo with. 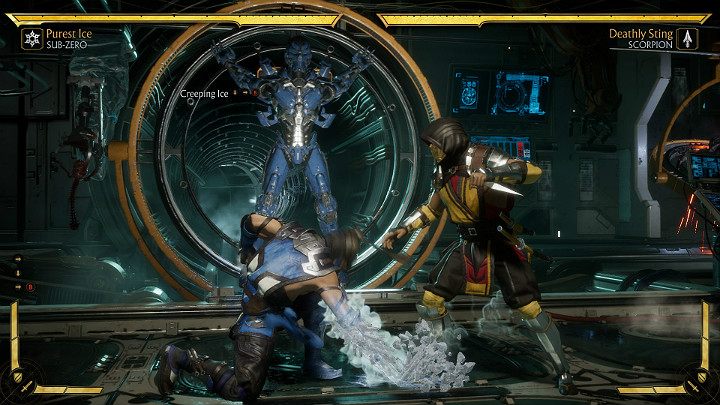 Another one of Sub-Zero's ice special abilities that hits the lower part of the opponent's body. Sub-Zero hits the ground and releases ice from his arm that hit the enemy's legs and pushed him back a little. Creeping Ice is useful when performing combos and can be amplified to deal more damage and push the opponent back even more. 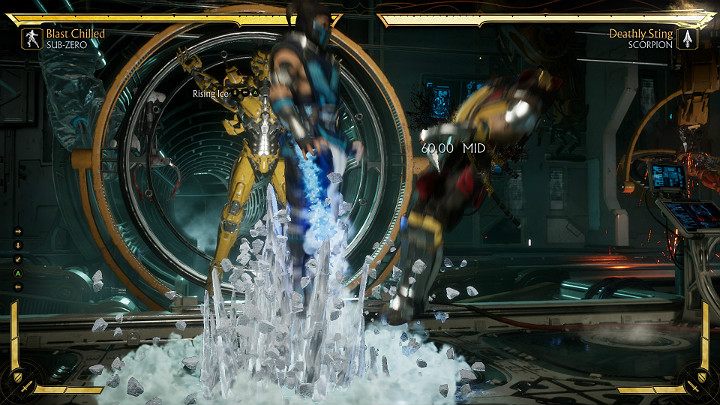 A special ability unlocked in the Sub-Zero Blast Chilled variation. Sub-Zero creates an ice pillar that throws him into the air and hurts the opponent (he also is thrown into the air). Rising Ice can be amplified to deal more damage. 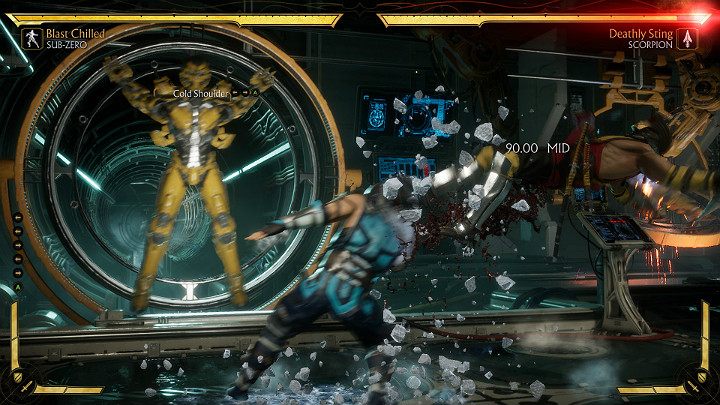 Another special ability available under the Blast Chilled variation of Sub-Zero. The fighter performs a shoulder slam that deals damage and throws the opponent back. Cold Shoulder can be amplified to add several ax blows and deal a lot of damage.

A very simple combo that deals 171 damage and requires you to use one amplification. After casting Ice Ball (V > 1) you have some time to perform JU/F 2. Try landing as close to the opponent as possible for the amplified Creeping Ice to reach its destination.

A solid combo that deals 254 damage and requires using one amplified special attack. The only move that might cause some problems is the smooth transition from < 1 4 3 to Slide AMP.

Another one of Sub-Zero's combos using Creeping Ice. This combo deals 262 damage and requires you to use one amplified ability. After performing JU/F 2 try to land as close to the opponent as possible to continue the sequence.

This combo is similar to the one dealing 254 damage and differs only with its Start-up. In this variation, Sub-Zero begins with a quick thrust and kick, which is penalized when blocked. In a sage situation, you can use this variance in close contact, however, this might be risky.

The previous combo can also be a performer with Sub-Zero Blash Chilled. Just change the ending from Slide AMP into Cold Shoulder AMB. This variation deals with more damage.

This combo deals as much as 400 damage and ends with Fatal Blow. You begin this sequence regularly, however, after JU/F 2 you have to perform two quick punch blows (1 2) which can be blocked. If they are not blocked, you can trigger Fatal Blow.