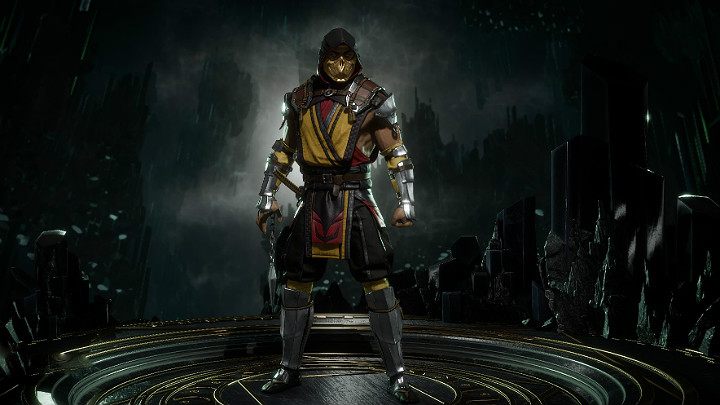 Scorpion is a classic and extremely popular character from the Mortal Kombat universe. What's important, Scorpion is not difficult to master thus it is one of the most recommended characters for beginners. In Mortal Kombat 11 Scorpion features high mobility due to the Hell Portability, which allows him to teleport behind the opponent's back and perform a quick attack. Moreover, Scorpion also has a highly useful special ability allowing him to grab the opponent and pull himself towards him to continue the attack (Spear). 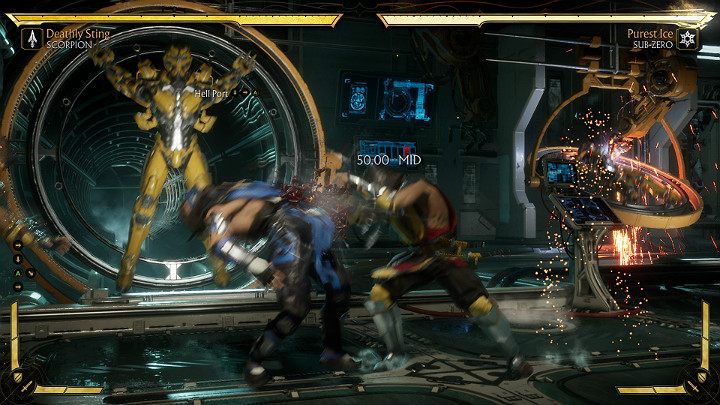 One of the most iconic Scorpion's abilities, allowing him to teleport behind the enemy's back and mount a quick blow. This teleporting ability is extremely useful when countering enemies using any projectiles, as they will not react to Scorpions extremely fast attack in time. Hell Port is also useful when performing combos. This special ability can be further amplified to allow performing extremely dangerous combos. Also important is the fact that Hell Port can be performed on the ground and midair. 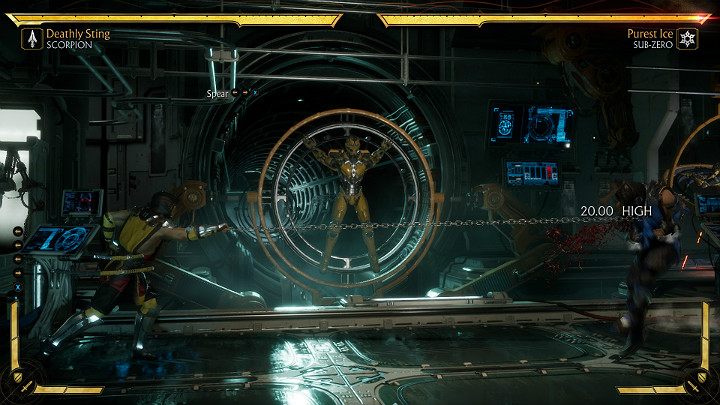 Another one of Scorpion's signature moves, in which he throws a spear on a chain towards his opponent. If he does not miss, he pulls the enemy towards himself. What is worth mentioning, the opponent can block the Spear or crouch to avoid getting damage. If this is the case, you might regret your attack, as it takes time for your character to retrieve balance. The spear can be further amplified and used to build combos. 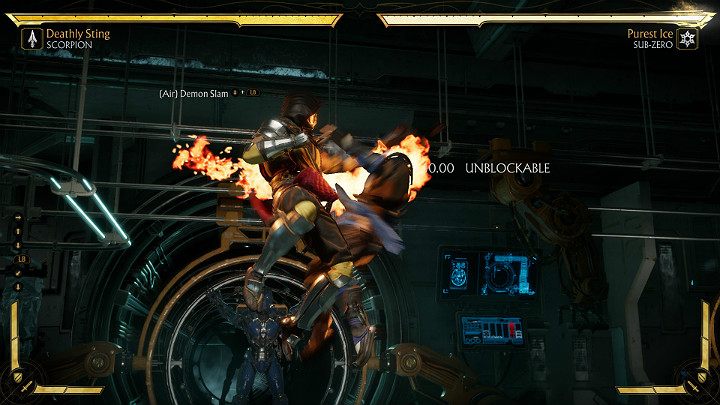 Demon Slam is a special ability that can be used in midair. Scorpion jumps up and grabs his enemy in the air to throw him to the ground and mount an attack. Moreover, after the opponent gets up, he receives some damage for a portion of the time. Demon Slam is extremely useful to counter jumping foes. 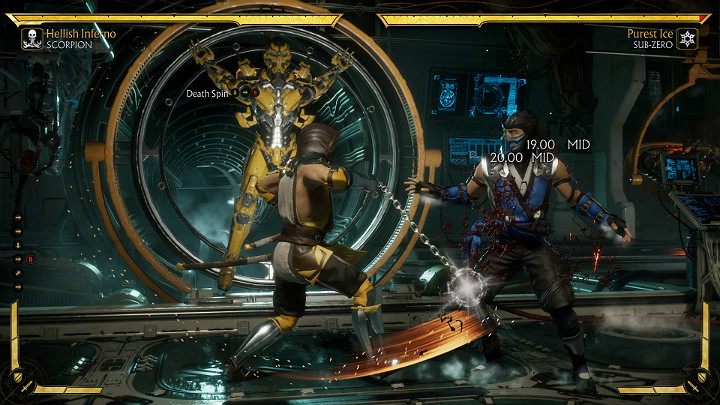 The special ability you can perform as Hellish Inferno. Scorpion starts whirling his chains that deal major damage to his opponent. Death Spin is a perfect combo finishing move.

A very simple Scorpion's combo which deals 168 damage and requires you to use amplified Spear. The only move that might be somewhat problematic is cancel joined with the move < 1, which changes into Spear special ability, after mounting first katana strike. This section of the combo has to executed really fast, before the first blow of the < 1 section hits the target.

Another simple combo that deals 206 damage and requires using one amplification. This time, the combo sequence includes two special abilities - Hell Port and Spear. When performing this combo, the 3 , Spear (<> 1) section might cause some difficulties, as the special ability need to be triggered before the kick reaches its target. Also worth mentioning is the fact that the last move of this combo - <> 1 - can be performed with AMP to continue the combo sequence.

This time, you have to prepare for a slightly longer attack sequence, which deals 260 damage and ends with Krushing Blow. Unlike the previous two combos, this sequence is slightly more complicated and requires you to use two special abilities - Hell Port and Spear. Mounting < 1 and moving to Spear might cause some problems, as Spear has to be initiated before the first blow from the < 1 reaches its destination.

Another one of Scorpion's combos, which utilizes two the same amplified special abilities - Hell Port. This combo deals quite some damage - 290 points. When performing this combination, one might have problems with the last piece - kicking the enemy (4) and smoothly move to Hell Port to finish the sequence with > 3 4.

A very simple combo that increases the damage dealt using Fatal Blow special ability. Note that FB is activated as the opponent becomes getting up from the ground.