Mortal Kombat 11 allows players to create an AI-controlled bot. Such character proves extremely useful when farming resources available in the game, including Koins, Souls, and Hearts. Moreover, a well created AI bot is necessary for playing ranked matches against the teams created by other players.

How to create an AI bot in Mortal Kombat 11?

In Mortal Kombat 11, an AI character can significantly simplify farming necessary resources, such as Koins. By dispatching a bot to fight in Towers, you can save a lot of time and focus on other activities simultaneously. Interestingly enough, bots are capable of performing fatalities, thus they can acquire huge amounts of points, which in turn translates into better rewards. So, how to create a proper bot, who will deal even with difficult challenges posed by fights at both Classing and Time Towers? 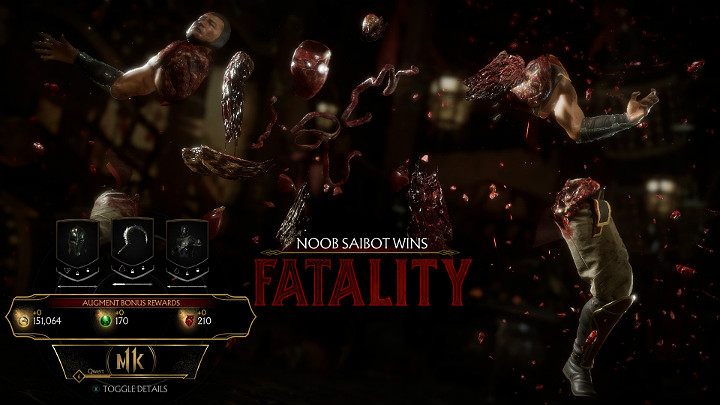 In Mortal Kombat 11, there are a lot of characters available. However, not all of them work well when being AI-controlled. Among all the available characters, Noob Saibot works best, as he is capable of mounting surprisingly good combos. For the purpose of this guide, we will focus on Noob Saibot and describe his abilities and general behavior. Upon acquiring the necessary information you can look for your own combinations among particular characters.

Choose the right moves for the AI bot 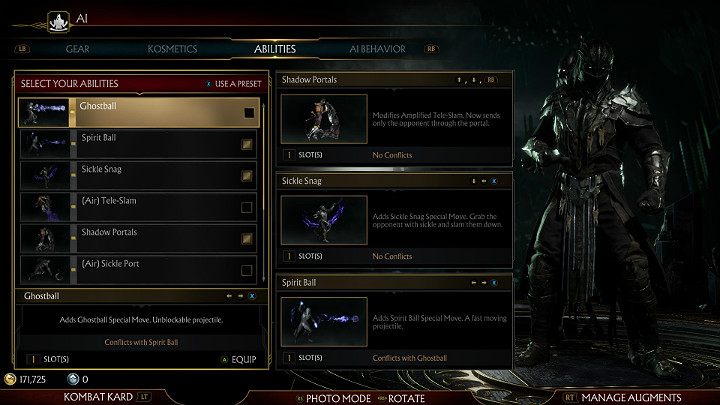 Choosing the right abilities is a crucial point when creating an AI bot. Depending on selected abilities, your AI character will be able to mount a specified combo. Among all the available Noob Saibot's abilities, one should consider the following moves in particular: 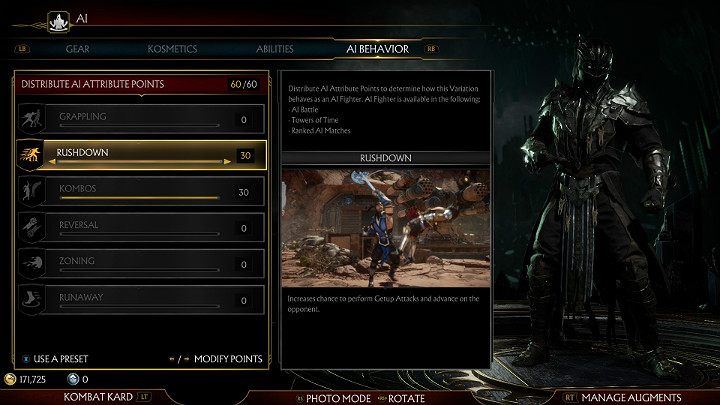 Under this tab, you can specify how your bot will behave when fighting. Upon clicking the AI Behavior tab, you can freely assign the available points. There are 60 points to use. By default, they have been distributed among different options. When creating your own combos, one should focus on two options:

How to turn the AI bot before starting the game? 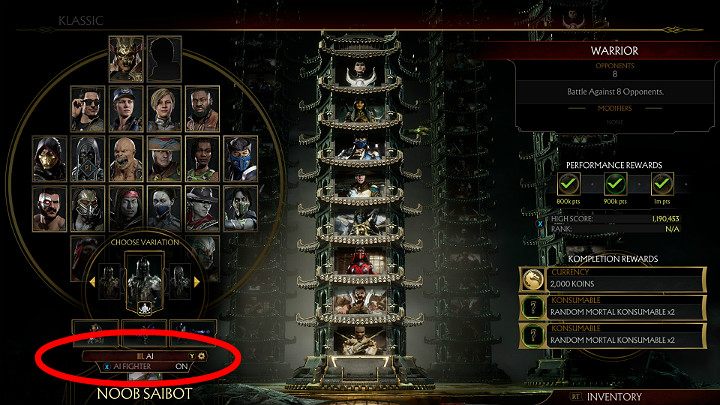 Before going to a fight, select the right character variant and turn on the AI Behavior you selected. In order to activate the bot, press the key responsible for front fist (1). After AI bot's behavior is set, you can spectate your bot fighting for you.

How to activate the bot in order to be able to get away from the game?

Activating the bot in Mortal Kombat 11 has its limitations. After each fight, you have to collect the rewards manually and proceed to the next opponent. Luckily, there is an easy workaround for this. If you want to activate the bot in e.g. the infinite tower and leave the game for several hours, you will need a device with rapid fire (turbo), such as an Arcade Stick. Plug it into your PC or console, program the right turbo stick, and it's done! The game will assume you are constantly pressing the button, thus your bot will collect the rewards on his own and proceed to the next fight.