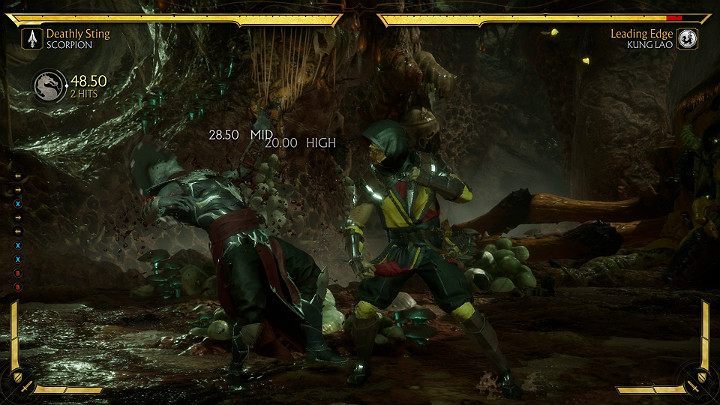 Combos in Mortal Kombat 11 are not easy to perform and they require a lot of practice. Learn them to deplete the enemy's health bar faster. Combos in Mortal Kombat 11 are counted as if in real time, so you'll have to perform the entire sequence of strikes as fast as possible. In practice, the system feels like you have to perform another attack before the previous one reaches the target. The best way to master the combo system is to spend some time in the training mode. 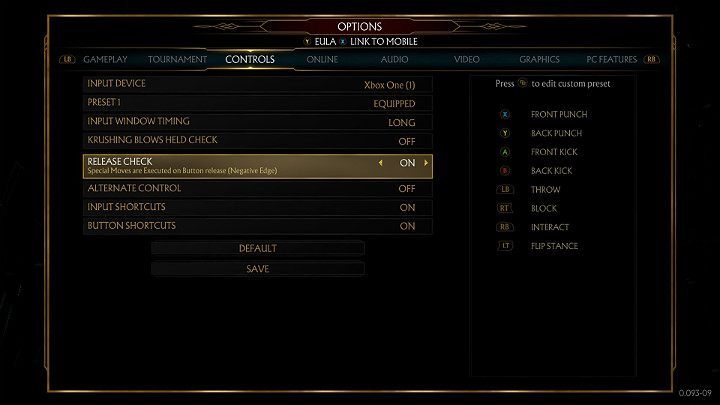 Before you start practicing combos in Mortal Kombat 11, the first thing you should do is to look at the available control schemes. The right choice of control options can help you perform the combos and achieve better results in the game.

How to read combos in Mortal Kombat 11? 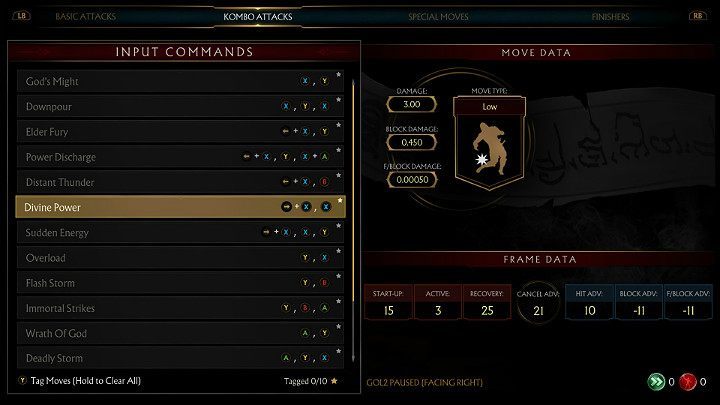 Before you start practicing combos in Mortal Kombat 11, you should learn how to read them. Among the individual sequences you can find additional special characters like" , "; " + "; " - ". Each of these symbols has a specific task and without this knowledge, you will not be able to create the right combo.

Capture State - the restriction of the enemy's moves 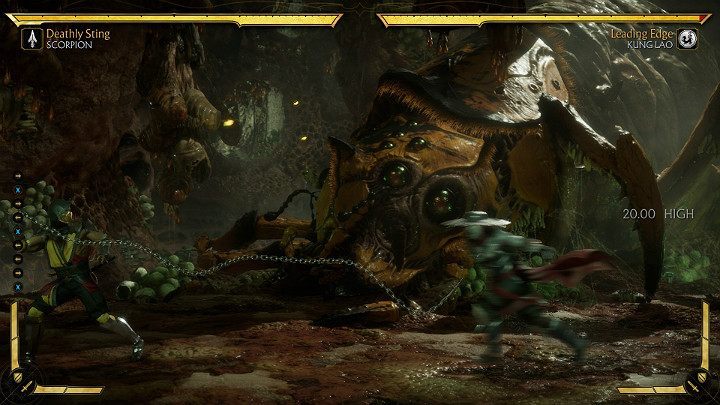 In Mortal Kombat 11, all attacks that have capture state which limits the movements of the enemy will look different when using them twice in a row. This decision prevents your opponent from being constantly pulled to you in such a way that they are not able to perform any action. This could lead to a situation where players would create endless combos, making the game pointless. For example, the first use of Scorpion's spear (< > 1) pulls the enemy towards you and stuns them for a short time. If you use the same move again, Scorpion will automatically perform an attack that launches the enemy backward, preventing you from continuing the combo. 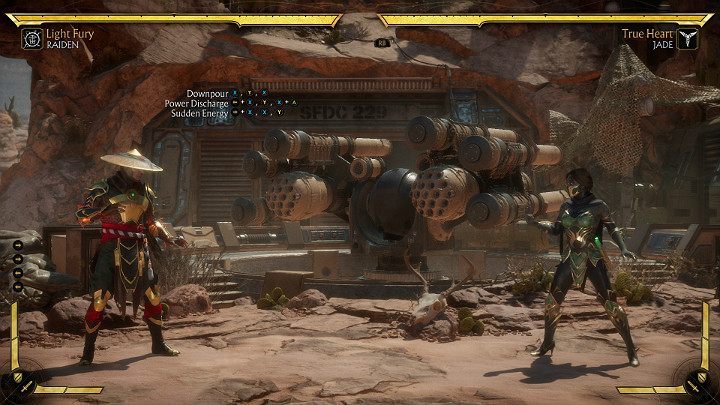 Go to Mortal Kombat 11's practice mode and choose moves that interest you the most. After selecting the move and pressing button 2, you will see the entire sequence directly on the screen. This is a very useful option when you are learning combos because you do not need to constantly go to the menu and search for the list of available moves. You can stop performing moves by pressing 2 again. Holding this button will clear the entire list.

How to make a combo Mortal Kombat 11? 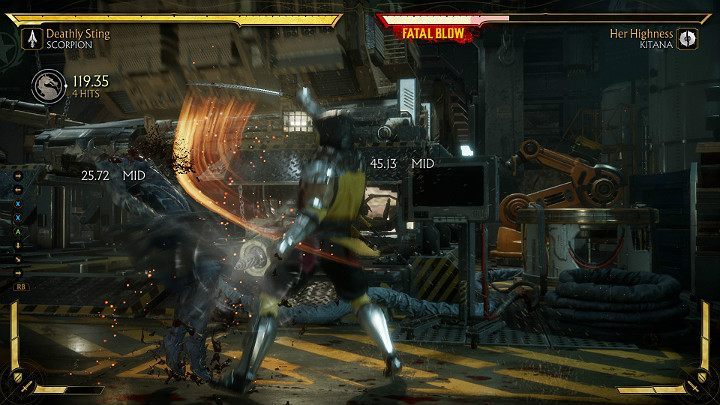 In Mortal Kombat 11 are created in the following way - combo -> special -> combo. You need an opener for each combo, that is, an opening move that usually knocks the opponent off balance, pushes them back, or throws them into the air. For example, let's examine Scorpion's first simple combo. 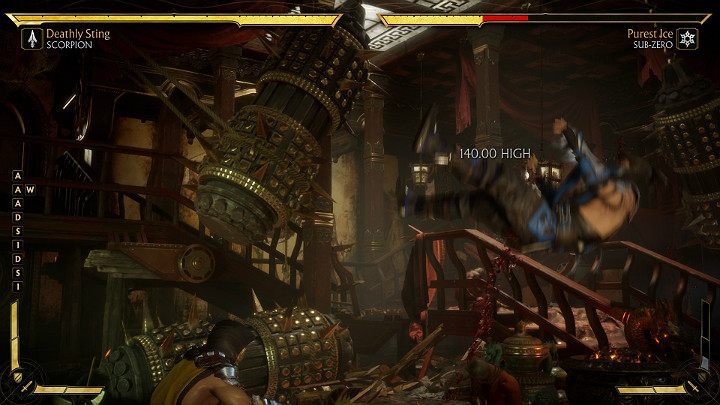 Juggle refers to performing combos on an enemy that is in the air. Once the enemy is in the air, you can do with them whatever you want as long as you don't allow them to fall to the ground. Here it is worth noting that an enemy launched into the air can be thrown or you can decide to cancel it and use a normal combo on the opponent standing still. Juggle combos are especially dangerous when your opponent's character corners yours.