Each character in Mortal Kombat 11 is available in different versions. Depending on which option you choose, Your Hero will have a certain weapon and special attacks. The choice of the character variant has a significant impact on its effectiveness in the arena. Unlike the previous part of this series, in Mortal Kombat 11 you can also create your own unique variation of this character, and assign interesting special moves items yo your desired character.

Variants of the characters 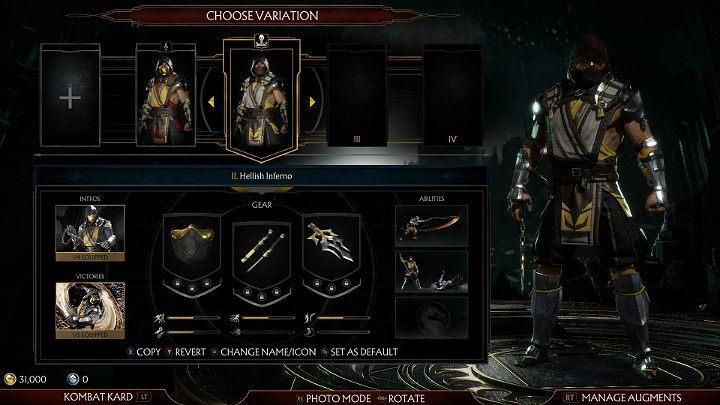 Every version of the character in the Mortal Kombat 11 has different weapons and a different array of moves, combos and special attacks. Thanks to this solution, the player has an opportunity to play his favorite character in several different configurations, and choose the one that suits him best.

Remember that selecting a character variation might affect your capability of performing particular combos. If your move list lacks particular items, you have to look for now combinations to come up with a solid combo. 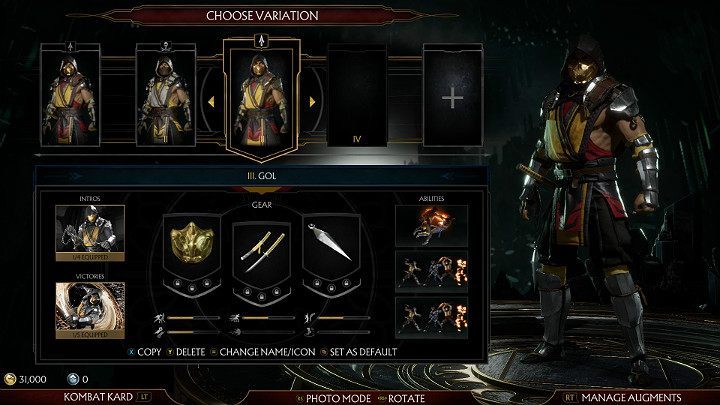 Mortal Kombat 11 allows players to create their own, unique configuration of a favorite character. Here you can choose from a wide range of available punches, combo moves and special attacks, as well as customize your character's appearance by choosing the right skins or weapons.

Selection of combos and special moves 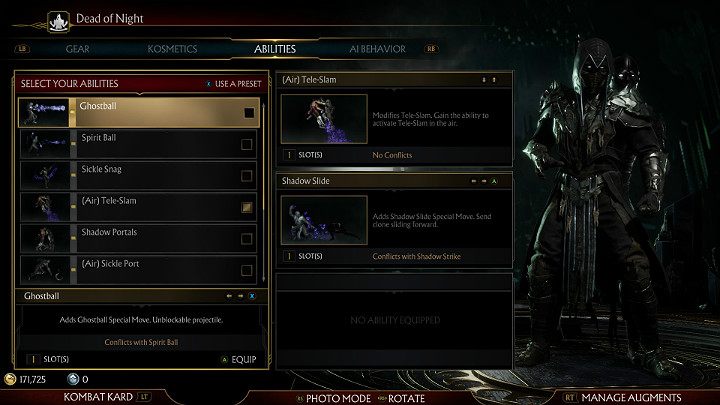 Go to the customization menu, select a character and his or her variation, and then press the front kick key. Next, go to the abilities tab. Some abilities, e.g. Scorpion's Spear will always be available, while others might be locked. When selecting abilities, always follow your preferences and try creating a configuration allowing you to mount smooth combos. Moreover, you have to pay attention to the fact that some abilities occupy two slots instead of just one. Considering that you have three slots available, you can go with two or three different abilities.

How to change character's skins, fatality, and brutality in Mortal Kombat 11? 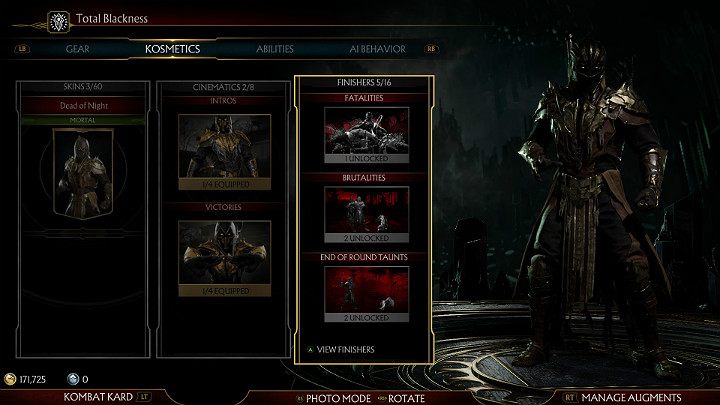 Go to the customization menu, select a character and his or her variation, and then press the front kick key. Then, go to the gear tab, where you can change character's overall appearance, video sequences, as well as fatality and brutality. Additional skins, fatalities, and brutalities can be unlocked in the Crypt.

How to change character's gear in Mortal Kombat 11? 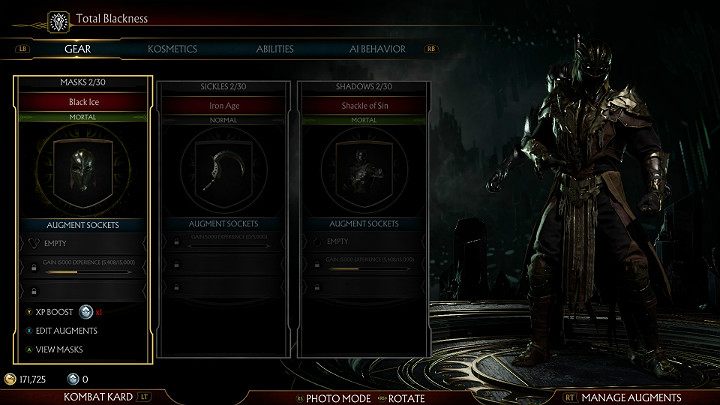 Go to the customization menu, select a character and his or her variation, and then press the front kick key. Under the gear tab, you can change the character's hat, weapons, and additional item - the example above shows Noob Saibot's shadow. Characters' cosmetics can be unlocked in Mortal Kombat 11 at the Crypt or by beating Towers.

The character you create can be used in single player modes, e.g. Towers, as well as in online modes, nonetheless, you cannot use it for e-sport matches.