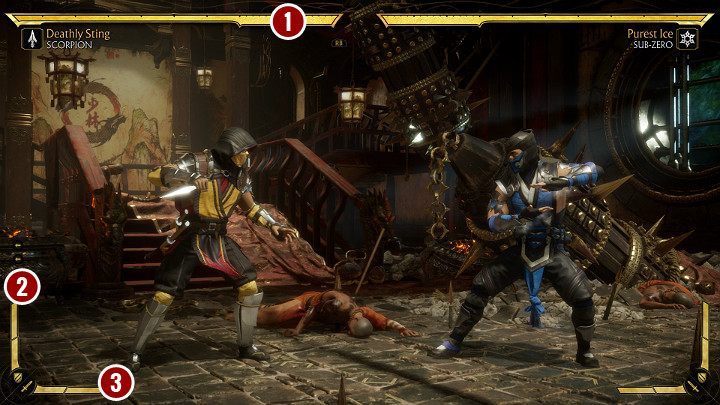 Mortal Kombat 11 is a very dynamic game, in which you have to react within fractions of a second. During combat, you should pay attention to many factors, not just the health bar of the Hero. The game requires combining attacks into smooth combos, and also responsible blocking of blows of the opponent. Moreover, the game features a special meter that was divided into offensive and defensive (two bars on each of the options).

The attack meter is used to enhance your hero's individual special attacks, or to use interactive elements.

In Mortal Kombat 11, you can also use movements that will consume one bar of each resource.

Each player starts a fight with two bars of defensive and offensive meters. The energy used is replenished over time. Interestingly, you can't fill the meter faster by performing a combo or taking damage.