This section contains a lot of information and tips related to gameplay in Mortal Kombat 11. The player will find here all the necessary information that will allow him to get acquainted with the mechanics of Mortal Kombat 11. Knowing and understanding such important issues as, for example, the frame system, blocks, attacks or performing combos and throws will surely make you a formidable enemy in Mortal Kombat 11 and will contribute to achieving better results in the game.

While playing Mortal Kombat 11, you should use every possible advantage to help you win the game against your opponents. The most fundamental knowledge of gameplay of Mortal Kombat 11 includes, of course, vital things such as: the knowledge and understanding of the frame system, blocking and implementation of evasion, setting the appropriate strikes, performing strikes and combos, the use of the Fatal Blow, as well as the use of interactive elements of the environment.

What is Mortal Kombat 11? 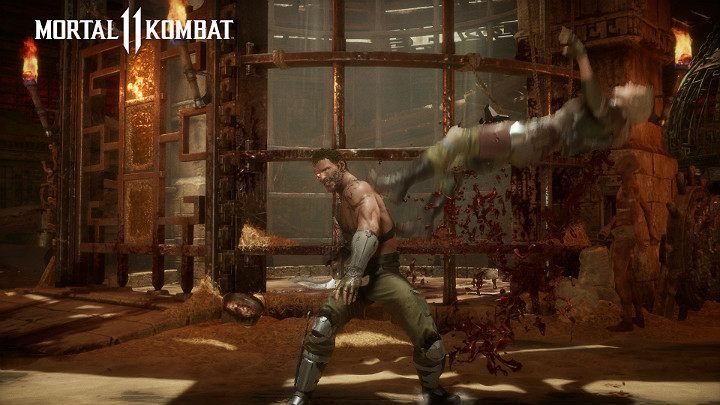 Mortal Kombat is a popular fighting game, the first part of which was released in 1992 on arcades. The game became famous for the so-called Fatalities, i.e. the brutal finishers of the enemy after the battle, which to this day are the hallmark of the franchise. The rules of the game are very simple - two players duel to the death on one of the available arenas. Each player chooses one of the heroes from the pool and then adjusts them to their needs. Variants of the characters differ in appearance, and the special moves that can be used during the game. Choosing the right character can be the key to success, because some skills are great for individual players. Among the available game modes, we can find single player, local and online multiplayer. The single player mode offers, most of all, a rich story mode, the Towers and the Crypt. The local multiplayer are the famous quick games. Mortal Kombat 11 features a ranking mode, in which players earn points to climb the ranking leaderboard.