In Mordhau you have more than a dozen ready-made warriors, but you can also create your own character from a scratch. You can customize the appearance of your hero as well as pick up weapons and skills (perks). On this page you will learn the whole process of creating your own character, learn about all weapons you can choose, as well as what weapons are best and what types of armor you may use in Mordhau. 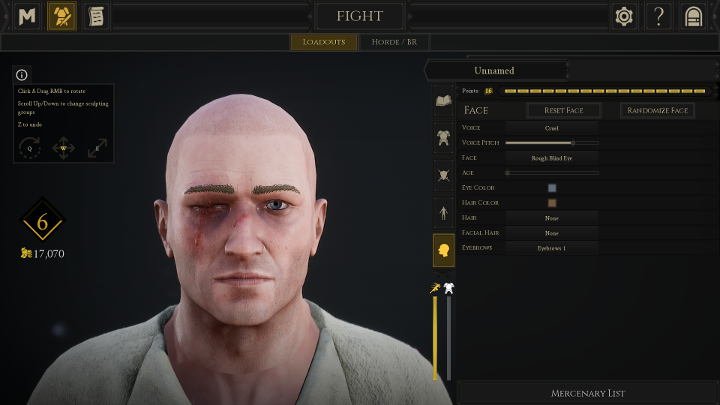 In Mordhau you can create the warrior of your dreams.

To create a new character, simply go to the "Armory" menu in the upper left corner of the screen and then select the green button - "New Mercenary". Now enter the name of your character, and you will be taken to the mercenary creation window. Character creation is not only limited to the selection of perks and weapons - you can also customize the appearance of your warrior. In the "Face & Voice" menu, you can pretty much change your character's face, add scars to it, or define eye color. You can also change the voice as well as the age of your warrior. The appearance has no effect on the stats of the character, but will allow you to create a unique character. 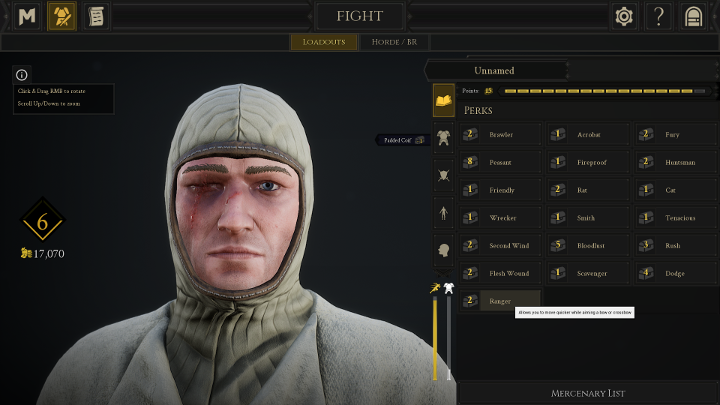 The choice of weapons and perks is limited to the imposed pool of points.

In the weapons and perks selection screen you are limited to a pool of 16 points - each added weapon or each selected perk takes a given amount from your point limit (the exact cost is indicated with the names of perks and weapons). For example - Halberd is worth 11 points, and perk "Bloodlust" costs 5 points. If you select them, the pool of 16 points will be fully utilized, so your warrior won't be able to use any other weapons (he won't be able to put on any armor) neither use any other perks. It is worth adding that all perks are available from the beginning, but access to additional weapons must be unlocked through the gold that you get for participating in matches. 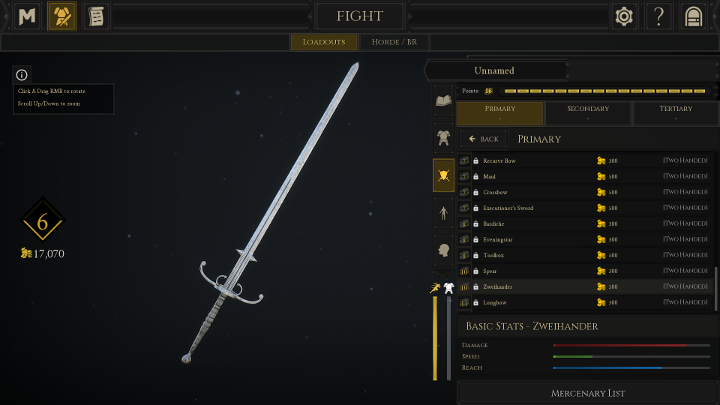 Zweihender deals a lot of damage.

When considering the topic of weapons it's time to analyze which weapons are the best in Mordhau. Of course, the choice of weapons depends on the chosen build, but among all the weapons we can indicate the most interesting ones:

You have no idea which build would suit you best? Check the Recommended builds section of our guide! 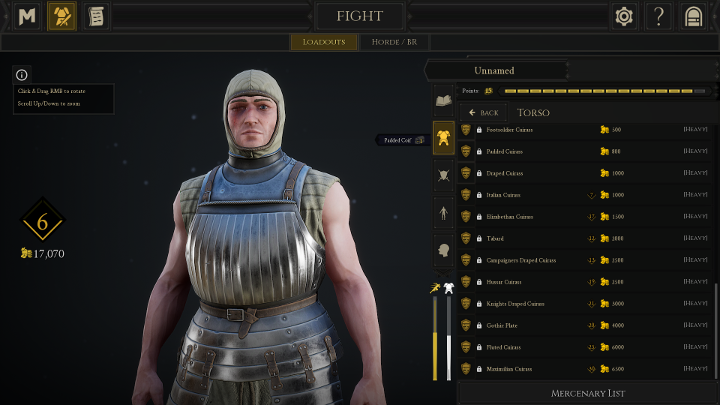 The game has four levels of armor.

In Mordhau you will find various elements of armor. There are a lot of them. They can be divided into four levels:

The above notations can be found with the name of a specific armor element in game, but only in the "Head", "Torso" and "Legs" tabs - elements from other tabs are cosmetic and do not affect the statistics of your character. It is worth knowing that from the beginning of the game you have access to each element of each armor level, so you do not need to buy additional elements - paid armor is only a cosmetic feature.

Mordhau community often uses the above marks to describe their characters. For example- 3 / 1 / 0 means: