In Mordhau there are several different game modes. Different game modes offer various types of fun and gameplay. You can join the usual battle, which consists only on eliminating enemies, fight off hordes of opponents, perform simple tasks on the map, or even take part in Battle Royale mode. On this page you will learn about all game modes available in Mordhau. 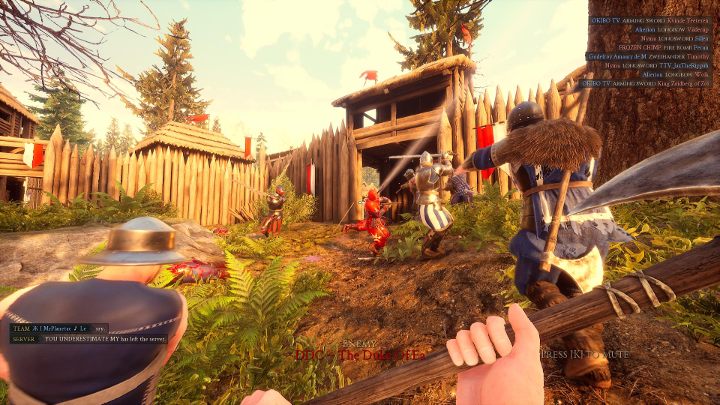 In Deathmatch mode you focus only on killing - it is a great way to train up your effective combat style.

Deathmatch is a classic game mode focused on the constant clashes between players. It is divided into two smaller modes - Team Deathmatch and Free For All. Who first one who gets the right amount of points (or who has the highest amount of points after the available time) wins the match. Deathmatch mode is great for training yourself in combat - it focuses just on pure combat without the need to fulfil any other objectives. In addition, after each death, you are almost instantly reborn, so you can continue to fight. 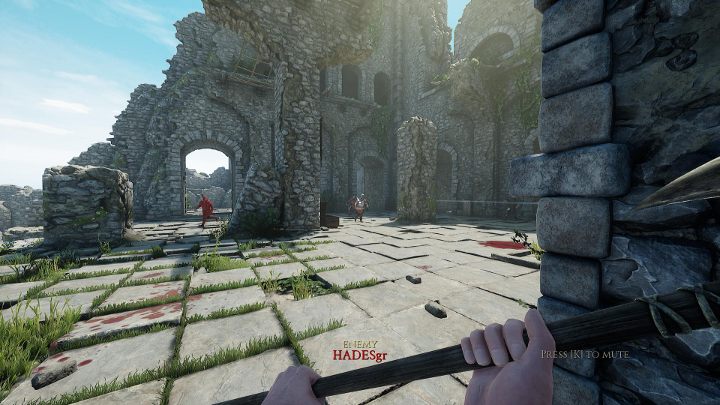 Death in Skirmish mode requires waiting until the next round.

Skirmish mode is divided into several rounds. The team, which is the first to get the required number of rounds won - wins the whole match. Unlike Deathmatch mode, after death you do not respawn but have to wait for the end of the round and beginning of the another one. In this regard, it is necessary to consider your every step and don't throw yourself in direction of few enemies. 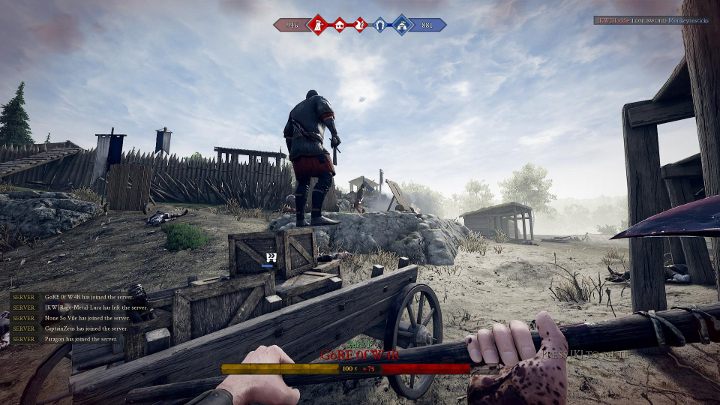 In Frontline mode your team has to capture points and perform simple tasks.

In Frontline mode, in addition to killing enemies, you also have to remember about the map objectives. The main goal is to capture key places on the map, but from time to time your team will have to perform a simple task in the form of destroying resources or pushing the cart. Capturing points and completing quests is equally important as killing opponents - if you want to win, you must remember this. 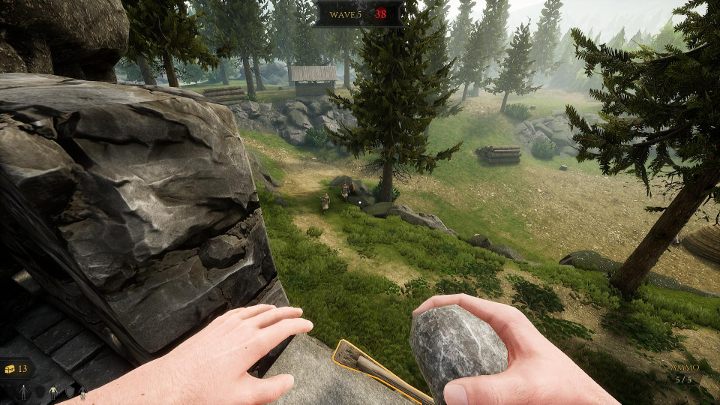 In Horde mode you have to survive as many waves of enemies as possible.

In Horde mode you don't fight with other players, but with bots controlled by artificial intelligence. The task of your team is to fight off successive waves of enemies - each wave is stronger than the previous one. Each player starts the game without weapons, but the map has some scattered weapons and armor that can be purchased through the points gather after surviving each wave of opponents. The key to victory is cooperation with other players and providing support to each other - a lonely fight will quickly make you overwhelmed by the number of opponents. 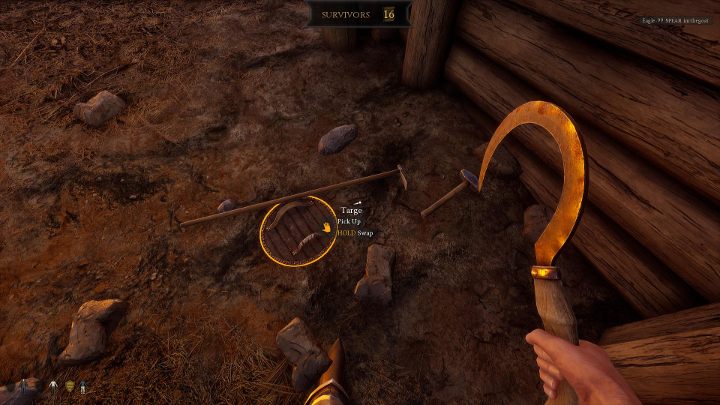 In Battle Royale mode you need to explore the map in order to get weapons.

The latest mode is the popular Battle Royale. The rules of the game are very similar to other games of this type. Players start at random locations, and weapons are scattered all over the map. The round is won by the player who will be the last on the map. Tactics used in this mode are different - some players try to avoid battles, while others want to get rid of enemies as soon as possible. However, remember that the fewer players remain alive, the smaller the area in which you can move.