Our guide to Mordhau is a complete walkthrough with many tips describing the cruel medieval world of this game. This compendium describes all the main aspects of the game. Useful tips will guide you through the multiplayer game modes. Also, a lot of combat tips will explain how to defeat opponents in the medieval world. After familiarizing with our set of detailed advice you are going to get to the top of the ranking list.

The first part of the guide describes the basic mechanics of the game and introduces you to the gameplay itself. Beginner Tips contain a number of useful tips to facilitate the first hours with the title. Mordhau allows you to create a unique character - a page describing the equipment and appearance of your new character will allow you to create the best warrior. It is also worth checking the list of all perks and choose them correctly to your style of play.

The main attraction of Mordhau is the extensive and difficult combat. Because of this, the second chapter of our guide focuses exclusively on tactics and guidelines related to combat with enemies. You will learn here how to effectively attack and block and how to fight with several opponents in the same time. It is very important to choose the right equipment, so we have prepared a page describing what weapons and armor to choose for your fighter. We also didn't forget about mounts and siege machines.

Frequently Asked Questions section is a valuable addition to these sections. Here we have tried to dispel any doubts that may arise during gameplay. You will find out if the game has micropayments, which character is best for beginners or how to earn gold and experience. Read the contents of our FAQ section that will allow you to discover all the secrets and mechanics of this game.

The final part of the guide focuses on the technical side of Mordhau. The exact system requirements will allow you to determine on which graphics settings you may run this game. Controls description will introduce you to all the control buttons and aid you in entering the battlefield.

The first chapter of our guide will introduce you to the world of medieval slaughter. Beginner tips will help you in understanding the basic mechanics of the game and allow you to take part in multiplayer battles with more experience. You will learn about the equipment for your character, which weapons are the best, what skills you may acquire and also find information about all game modes in Mordhau.

Combat is a major part of the Mordhau gameplay - that's why we have dedicated a separate chapter to it. Here you will find the necessary information related to participation in battles. You will learn how to effectively attack and block, how to fight multiple opponents at the same time, or even which perks are the best.

The FAQ section complements the above information. Here we have explained many of the solutions and game mechanics that you may encounter in Mordhau. In FAQ you will learn if the game has micropayments system or how to quickly gain gold and experience. Detailed information should answer all your questions that may appear during the game.

The last chapter has information about technical aspects of the game. First of all, you should get acquainted with controls. This will allow you to start having fun a lot faster. System requirements page can also be useful, where you can find out if your computer will run Mordhau without problems and at decent performance.

Basic information for a good start

On which gaming platforms Mordhau is available?

Mordhau is currently available only on PCs. At the moment it's not available to PS4 and Xbox One consoles. It is also worth knowing that the game can be purchased on Steam - release price equals around $30.

What are the system requirements of Mordhau?

Detailed system requirements (minimum and recommended) will allow you to estimate how your PC is going to handle Mordhau. All information is given below.

How many players can participate in one match?

Up to 64 players can participate on one server in Mordhau. This allows you to take part in incredibly dynamic battles in different modes - Deathmatch, Horde or Battle Royale. According to Steam Charts statistics, Mordhau is currently an incredibly popular title, so you shouldn't have any trouble with finding other players to play together.

How to obtain weapons and armor?

Weapons and armor, as well as any other equipment in Mordhau, are purchased using the virtual currency - gold. Gold can be obtained after every match - regardless of whether it will end in victory or loss. In the game there are no micropayments, so it is not possible to speed up the process of obtaining gold. The only way to buy new weapons is to constantly play matches.

How many maps are there in Mordhau?

Currently, there are 7 maps available in Mordhau - Camp, Contraband, Grad, Mountain Peak, The Pit, Tourney and Taiga. Each of them can be played in Deathmatch mode - in other modes, the choice is slightly limited. Probably developers will add new maps, along with the further development process on the game.

How to kick a player from the server?

If a player spoils the pleasure of others (for example, by killing your allies), you can try to kick him/her out from the server by a vote kick. . You won't find a vote kick button in the game's menu, but you can do so by using console commands. Open the game console by pressing ~ (tilde) on your keyboard, and then type votekick [player name] in the console. The voting will start. If the results become positive, a player is going to be kick out from the server.

How do I turn on the third-person view?

The standard view in Mordhau is FPP, but it is also possible to switch to third person view. The default is the P key on the keyboard. With it, you can freely switch between viewing modes.

About Mordhau Guide and Tips 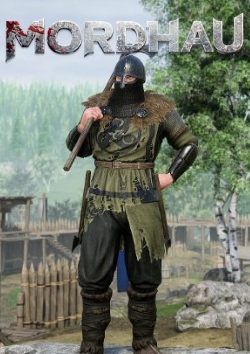 An action game developed by the independent developer Team Mordhau. The players assume the role of medieval knights and take part in online duels to the death.

Mordhau is an online first-person action game for PC that focuses on melee weapon combat. The production is set in the middle ages and was developed by Team Mordhau. The title is a reference to a German technique of fighting with a Mordhau sword that involves gripping the sword by the blade and using the crossguard to strike blows.

The games mechanics draw inspiration from the solutions of such production as Chivalry: Medieval Warfare or For Honor. The gameplay boils down to participating in battles of virtual knights from all around the world and is based on very complex combat system that not only lets us strike precise blows to specific body parts but also to feint attacks in order to provoke the opponent to perform a desired maneuver.

The advanced customization system is an important feature of Mordhau. We can personalize not only the warrior himself but also the equipment he uses. Moreover, the players can create their own weapons and armor with the use of the extensive sets of available parts. Thanks to this, everyone can have their individual fighting style based on their own preferences. However, it must be remembered that equipments parameters have an influence on our mobility  for example, while a heavy armor will provide a much better protection against attacks, it will also reduce our movement speed.

Morhau for PC is meant only for online play and offers a wide range of game modes, including the classical Deathmatch (individual and team variants).

Team Mordhaus production was initially being built on the popular Unity 5 engine. As the development progressed, the studio decided to move to Unreal Engine 4 which provides better technical possibilities and graphics.