This page of the guide is dedicated to Affinity - one of the combat mechanics in Monster Hunter Rise. You'll learn how to increase Affinity and how to recognize a critical hit. 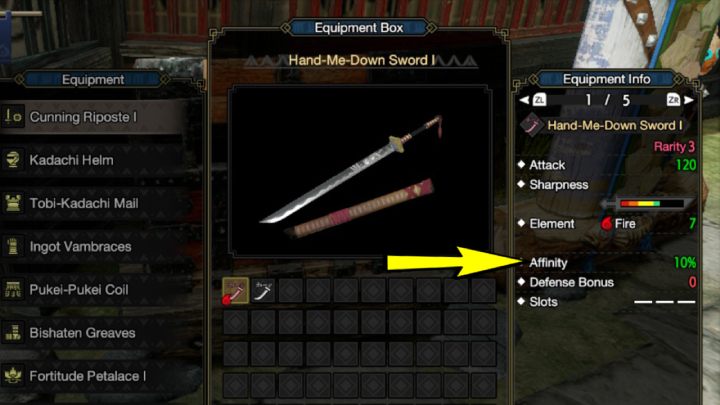 Affinity is one of the weapon statistics in Monster Hunter Rise. Affinity is simply the critical chance of a weapon, it can be either positive or negative. A positive critical hit deals 25% more damage, while a negative critical hit will lead to a weaker hit that does 25% less damage. Critical hits are signaled by a red slash which appears in the body part that the hunter has struck.

Affinity isn't influenced by elemental damage. To increase a chance of an elemental critical hit, equip your armor with skills like Critical Element.

There is a number of skills that increase Affinity: