On this page of our guide to Monster Hunter Rise you will learn how to get the highest rank (S rank) while completing a Fury mission (Rampage). We explain where to check your current mission rank, how to complete the most difficult side assignments and when to set up the village warriors.

After finishing the first Fury you'll unlock this kind of mission in Multiplayer Mode in the Gathering Hub. Repeatedly completing Fury missions lets you collect massive amounts of resources from the monsters and increases your Hunter Rank.

Finishing all the side assignments during a Fury mission and reaching the S rank is borderline impossible on your own. We encourage you to defend the Stronghold with other players to gain the highest possible rank.

You'll find basic information regarding Furies on a separate page of the guide: Fury - what is it?

Fury Rank - where to check? 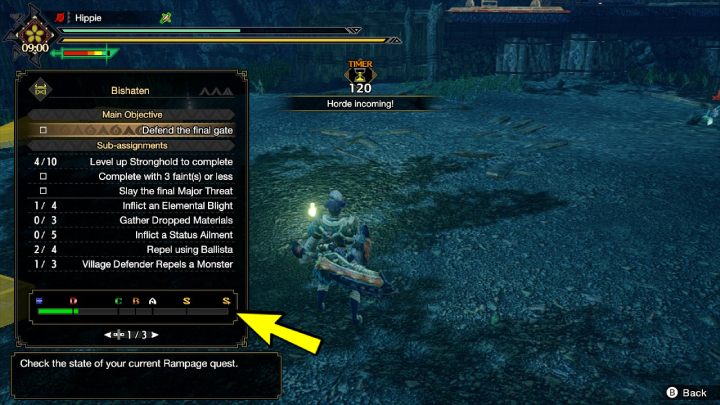 You can check the current rank of the given Fury mission at any time, by opening the main menu. In the Quests tab you'll also find the enemy types present in upcoming hordes, and how long will each wave take.

How to increase the Fury Rank?

To increase the Fury Rank you need to:

Your most important goal necessary to repel the Fury is defending the main gate. By completing optional side assignments you get a ton of Stronghold EXP, increasing the Fury Rank. This also unlocks stronger and better hunting machines.

Playing by yourself you'll encounter some side assignments which will be very difficult to complete. By focusing on all the side assignments, you may not be able to defend the gate. Focus on the objectives you can plausibly finish alone instead. 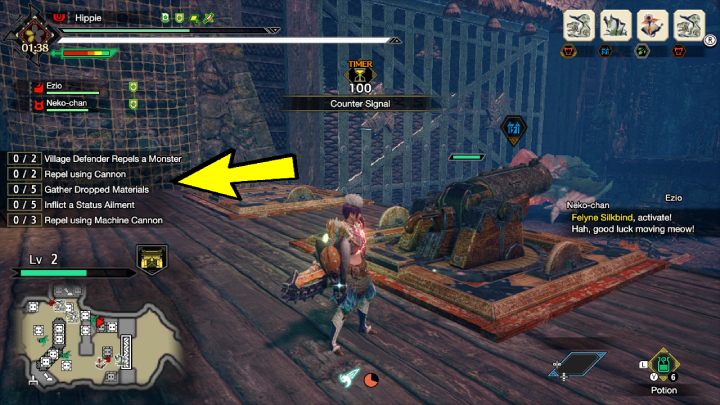 Side assignments are displayed on the left side of the screen. Below we've listed the most difficult Fury assignments and how to complete them: 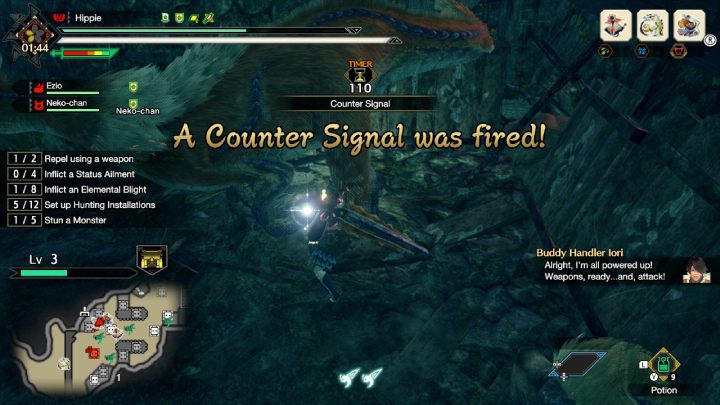 The counterattack signal will activate from time to time while you're dealing with the waves of monsters. An hourglass will then appear on the screen, measuring the time left until the signal ends. While the signal is in effect, your hunter gains a massive attack bonus. The signal only affects weapon attacks and has no effect on hunting machines. The effects of the counterattack signal depend on your Stronghold level.

Mounting monsters is also easier during the counterattack signal. Attacks made by controlled beasts become stronger, which means this is a good time to fight the Apex monsters. 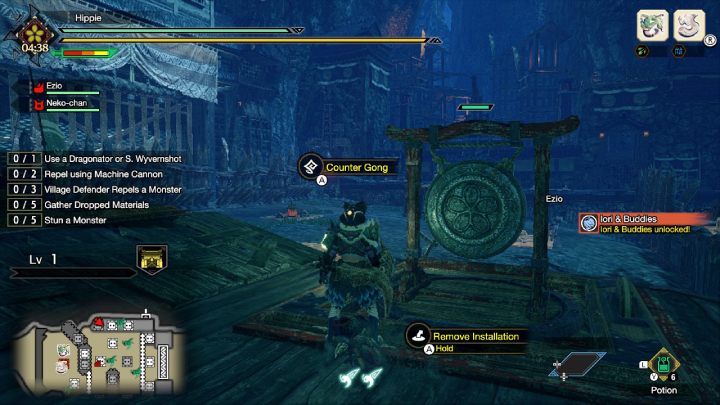 You'll find a Counter Gong on every battlefield. Use it in case of trouble or once the counterattack signal ends. The gong has the same effects as the signal, but they last for a shorter time. Make sure you hit the gong at the right moment, preferably when you're fighting Apex monsters or when the main gate is heavily besieged.

Never remove the Counter Gong, as you won't be able to place it again on a different platform. Keep it in place until you use it.

You can set up special, limited hunting installations on the platforms. These installations include the village warriors. They are powerful allies in combat, so it's worthwhile to set them up on the platforms during the later stages of the battle or when you get in trouble. They do great at the gate, once the monsters' numbers start to overwhelm you, or against the horde's main monster. 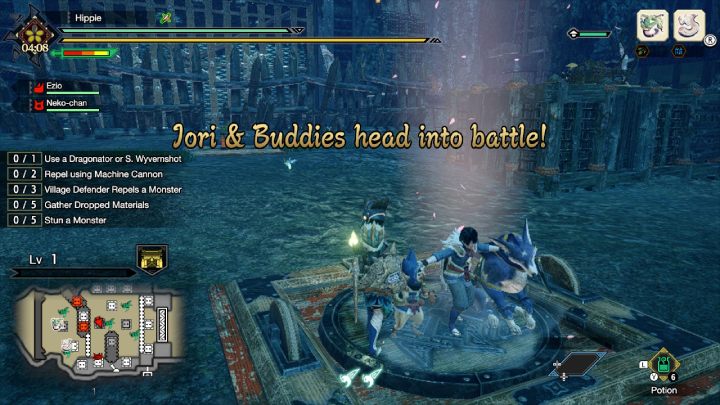 Thanks to the Warriors, you can finish some side assignments which require you to inflict plagues or blights. Some warriors can only be summoned during the wave in which they appear. Set them on the platforms as soon as they are available, as you don't want to waste them.