On this page of the tutorial you will learn how to ride a Wyvern in Monster Hunter Rise. We explain what a Mounter Punisher is, describe the controls while riding a monster and present some helpful tips.

Riding a Wyvern - what is it about?

Riding The Wyvern is a new mechanic introduced in Monster Hunter Rise, which allows you to mount the monster and control it for a limited time. This technique replaces the climb on the back of a large opponent from previous installments of the game. 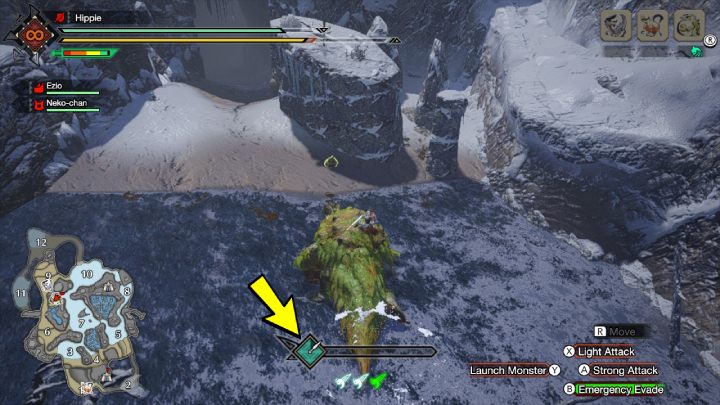 Once the monster has been brought into a suitable state, in which you can mount it, you will be able to jump on its back, gaining full control over it. The clock at the bottom of the screen shows the time left to ride a Wyvern. Do not worry, there is enough of it even to go over the whole region! On the back of the monster you will be able to go almost everywhere, as they are quite mobile. They can climb rocks and jump from high precipices.

When you mount a monster, you can damage it by smashing it into a nearby wall. Remember, however, that when the monster is knocked out, you must press B at the right moment to regain balance on its back. Otherwise, the ride will come to an end.

A monster under your control can also attack other large monsters in the area. This technique allows the initial weakening of a powerful opponent.

How do I mount the monster?

To jump on the monster's back, you need to bring it into rideable state. This can be done in several ways: 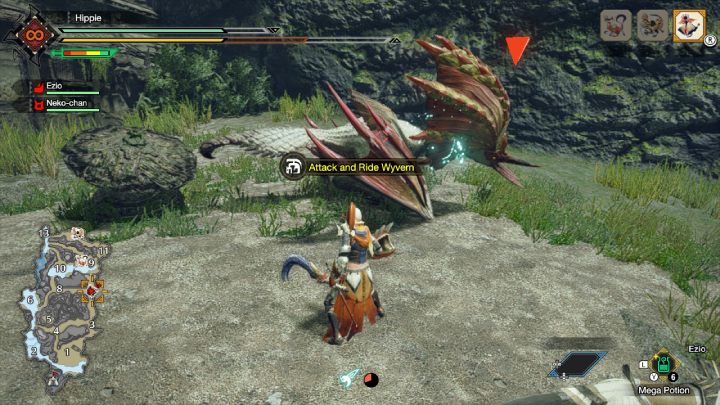 A monster in a rideable state will be knocked to the ground, and a red icon will appear above its head. Approach it and press A to jump on its back. 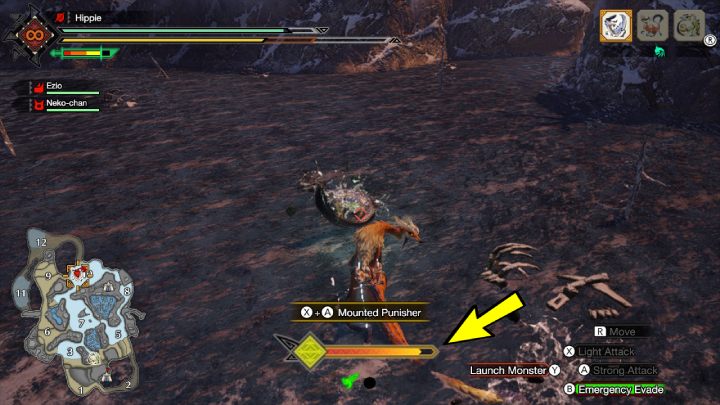 Attacking other monsters while riding the Wyvern fills the bar at the bottom of the screen. When you fully fill the bar, you will be able to unleash a powerful attack called Mounter Punisher. Get close to your opponent and press X A to deal a lot of damage.

After a few seconds, it will start to decrease. So remember to use the Mounter Punisher attack at the right time! 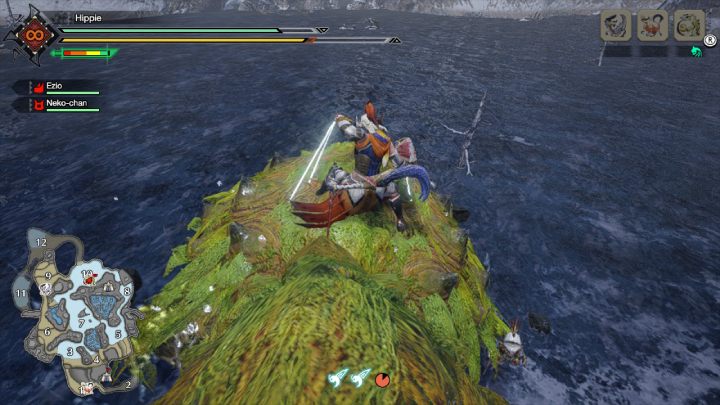