The following page of the guide describes how to capture a monster in Monster Hunter Rise. We explain why capturing monsters is worth it and what the best ways to weaken them are.

Why capture a monster?

Some tasks require you to capture a living monster, while others make it necessary to kill the beast. If the quest doesn't specify how to treat the monster, it may be a good idea to trap and capture it. Captured monsters tend to drop rare items.

Remember, only big monsters can be captured. 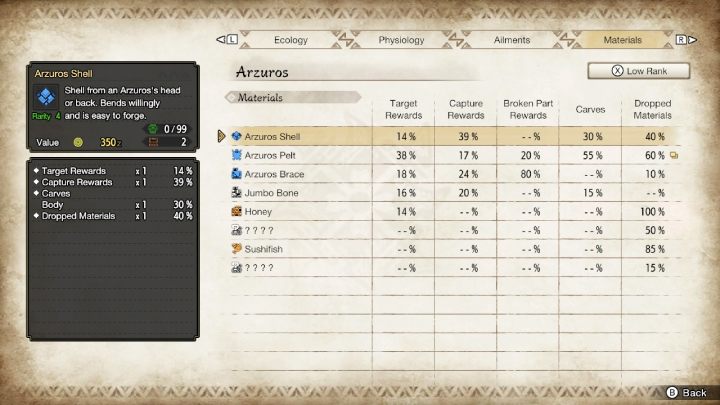 After you successfully hunt a monster for the first time, information about the probability of receiving certain materials by capturing or killing the monster will appear in the Hunter's notes.

Later on in the game, monsters will become increasingly difficult to defeat. Some of them will become very dangerous at the verge of death. Capturing them is a great way to ensure success after a long, exhausting fight.

How to recognize a weakened monster?

To capture a monster, you must first sufficiently weaken it. Once the opponent takes enough damage, the game will inform you that it's the right time to capture it. 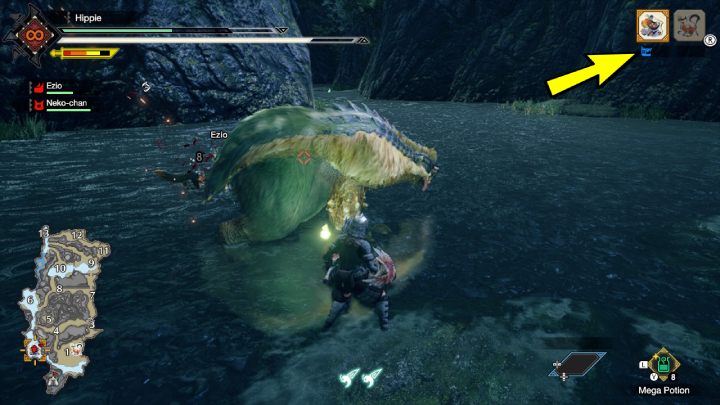 Here are a few things that indicate the monster's weakened:

How to capture a monster? 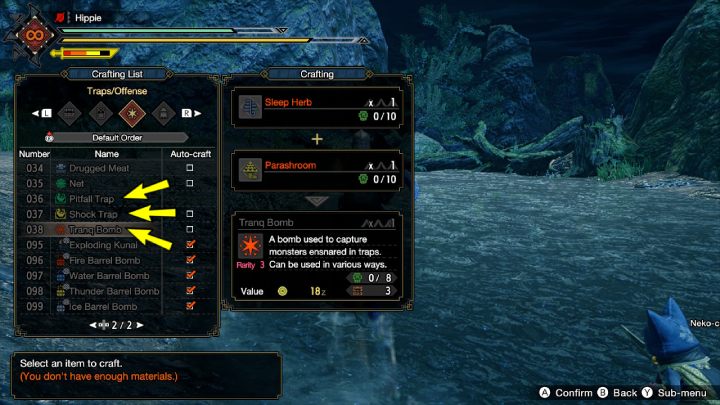 To capture the monster, you will need: 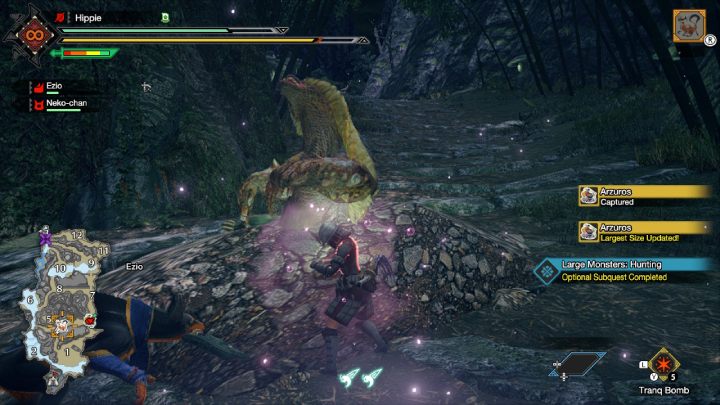 If you notice that the opponent is tired, it's time to set a trap. Set it near the battlefield or place some meat on it to lure the monster towards it. When the monster falls into a trap, its will try to get free. Quickly select the tranquilizer bombs from the item bar and throw them at the monster's head. A few bombs should be enough to knock it out. 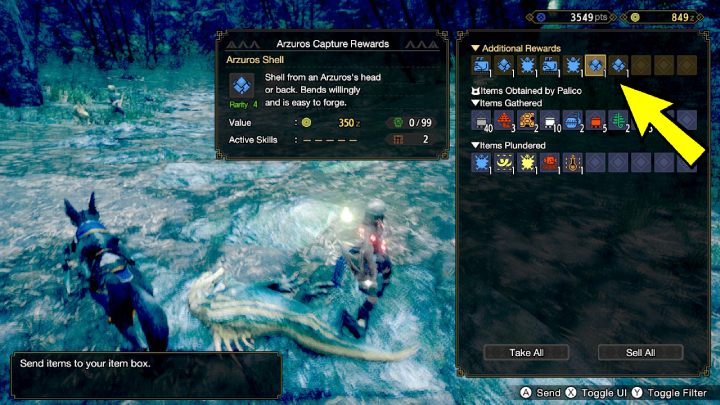 At the end of the mission, you will receive information about the materials you obtained by capturing the monster.