This guide page contains the most important information about the combat in Monster Hunter Rise. Here you will find basic questions about the controls, tips on Hunter's Notes, and skillful use of monsters' ailments.

In MH Rise, you can fight monsters in a variety of ways. From simple sword-waving to complex tactics. The key to success in a fight with an opponent is to avoid blows efficiently, recognize the monsters' states, and exploit their weaknesses. 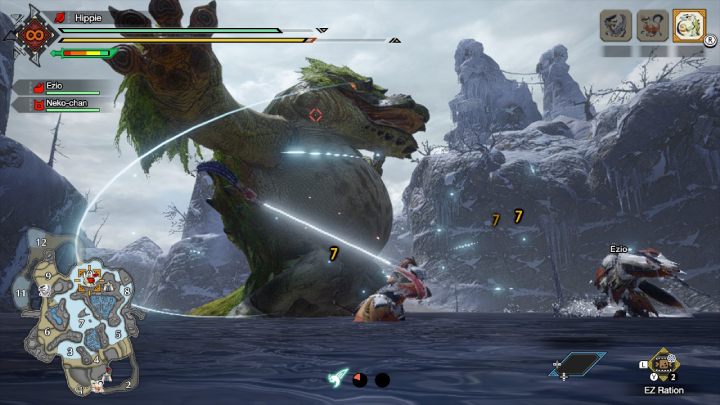 When you start hunting, you will see icons of large monsters on the minimap. The question mark is for a monster you haven't fought before. Large monsters that are not the target of the quest will leave the hunting area after some time - they can be replaced by other creatures.

You will also find monster thumbnails in the upper right corner of the screen. By pressing the right analog, select the monster you want to focus the camera on - the game will begin to guide you in its direction.

When you get close to a large monster, it can immediately attack you. Some monsters will remain non-aggressive until they are attacked.

Each type of weapon has unique combos. You will find them in Hunter's Notes. With your weapon drawn, you can attack enemies with Wirebugs. When you sheath your weapon, the Wirebugs will help you move away from the monster or avoid damage.

Attack a monster enough times with a Wirebug to be able to mount it. You will be able to climb onto the beast's back, inflict massive damage, take control of it and force it to fight other monsters. Read more about this on a separate page of the guide: Wyvern - how to ride?

The item bar, located in the lower right corner of the screen, will help you to quickly drink the right potion or use an item during the fight. The action bar is located next to the items bar, giving you quick access to actions such as ordering your companions to stop or go.

You can recognize that a monster is weakened or unable to fight by the blue icon under its thumbnail in the upper right corner of the screen. This monster will run away from the battlefield to rest and regenerate health. This is an opportunity for you to renew your life or sharpen your weapons, you can read about it on a separate page of the guide: Weapons - how to sharpen?

Weakened monsters will also be easy to capture. Read more about this on How to capture a monster? page.

All monsters have the so-called weak points. After the first battle with the monster, check Hunter's Notes to find detailed information about the resistance and ailment to the elements for each body part.

When you hit a monster's weak point, the damage numbers will be orange. Purple numbers indicate that a given body part is resistant to attacks.

Some weapons also have elemental damage, which can be divided into: 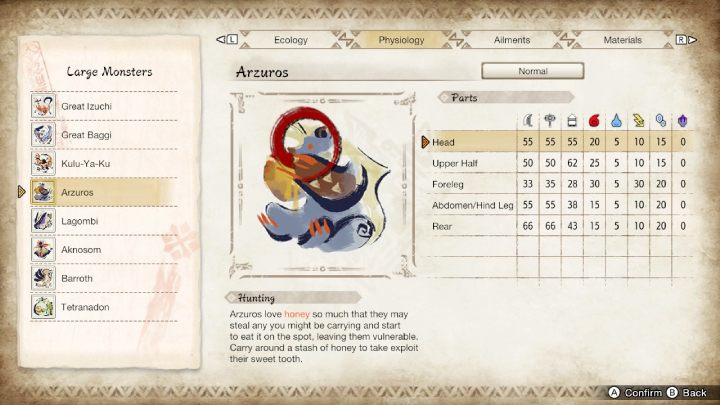 The key to exploiting monsters' weaknesses is to understand the value of their hit zone, as outlined in Hunter's Notes. The highest numbers under the weapons and elements icons indicate the greatest vulnerability of the monster's body parts to specific damage.

When fighting Arzuros, the best tactic is to attack its back with a blunt- or sever-type weapon. Similar effects will be obtained by inflicting damage with a ranged weapon to the upper half.

Using a weapon with an elemental will increase the damage. If, for example, you use a long sword with a fire element on Arzuros' head, you will deal the best damage.

After familiarizing yourself with the weak points on a monster's body and preparing the right weapons, no opponent should be a problem for you.

In addition to dealing elemental damage, some weapons and ammunition can also inflict negative effects. Elemental attacks have immediate results, negative effects can be applied only after dealing enough damage. Each monster has different immunity thresholds for such effects. 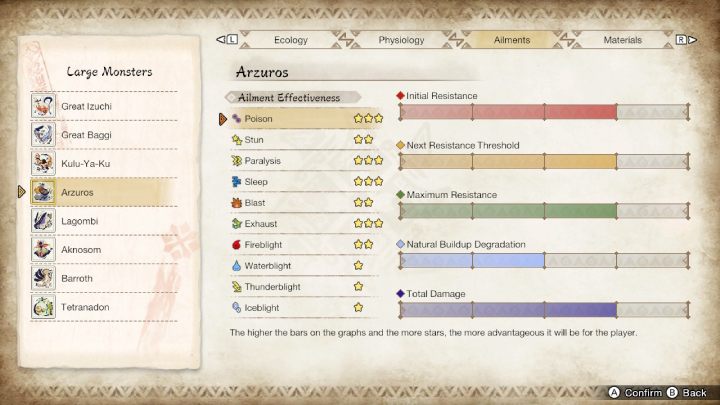 Negative effects can also be inflicted by the local life forms living in the hunting areas.

Below you will find an explanation of each negative effect: 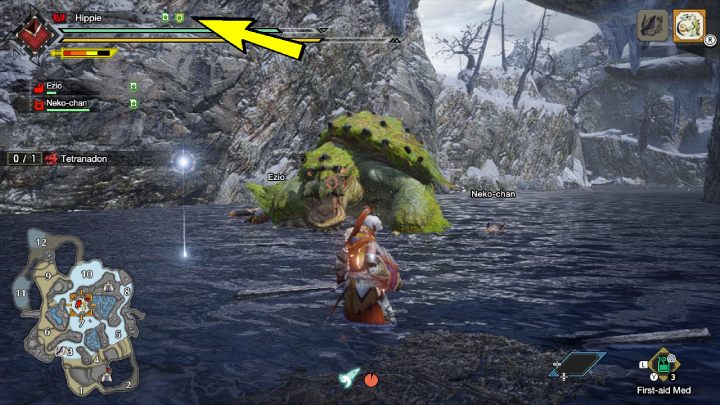 Monsters also have special attacks that can cause negative effects. If you are infected with a negative effect or have a boost to statistics, a corresponding icon will appear next to your name.

Negative statuses disappear after a while, but can cause a lot of damage and expose the hunter to a monster's attacks.

Below we explain each negative effect and give advice on how to deal with it: