On this page of the MisBits guide, we explain how to throw items and how to make stronger throws. This is an important mechanic for attacking opponents and winning matches in the Kick Brawl mode. 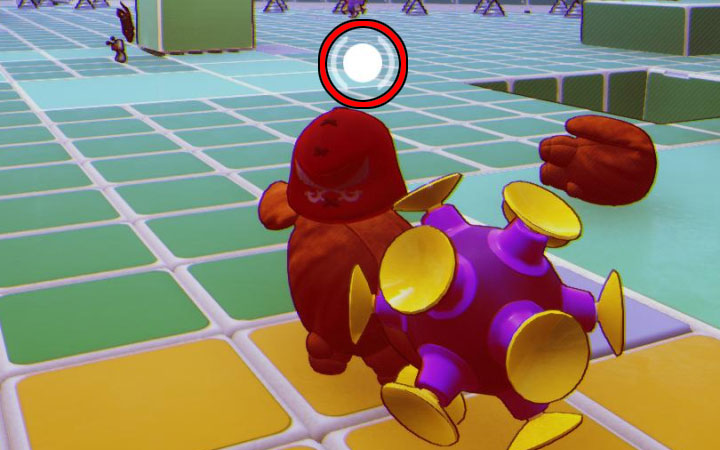 In MisBits, items can be discarded in two main ways:

If an item can be picked up from the ground, then this item can be thrown. A grenade-mine is a good example of such an object - you can throw it at opponents. By default, you throw by pressing the left mouse button. You can hold down the button to charge the attack - the game will show you a charging white circle (we marked it in the picture above).

A stronger throw reduces the likelihood that the attacked player will be able to dodge it, since the object will fly at a higher speed. 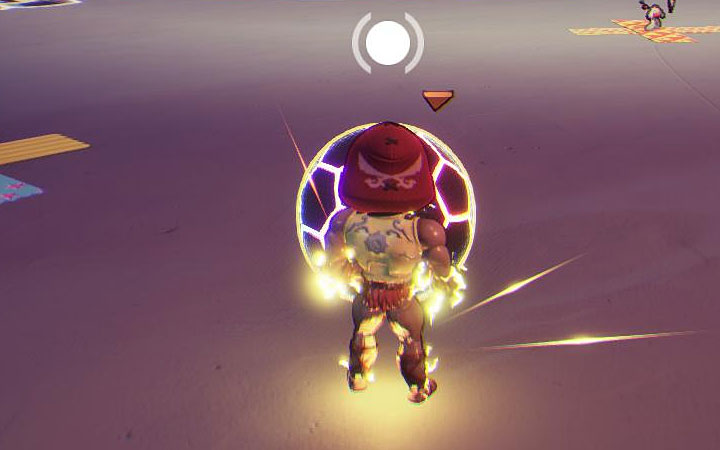 If an object "sticks" to your character, then this object can be kicked. We are talking primarily about the ball from the Kick Brawl mode. By default, you kick by clicking the right mouse button. Again, we recommend to hold down the button to kick with greater force. The charging is symbolized by the yellow energy appearing next to the hero.

A stronger kick reduces the opponent's chances of catching the ball. This can help you get the ball closer to the opposing team's goal or to score a goal.