This page of our Minecraft guide has detailed information about the available versions of the game and the differences between the platforms.

The guide was developed for the PC version, but the game is also available on the Xbox 360 and PlayStation 3 consoles.

Both are available for purchase digitally on Xbox Live and PlayStation Network stores, as well as in a boxed version. Gameplay differs slightly from that on PC - the main differences are the number of mods - they can be installed on consoles, but the number of mods is much more limited. The developer releases their modifications occasionally, but these are usually simple texture packs that can be downloaded/bought in the consoles' online stores.

Another important issue is multiplayer: both consoles have a multiplayer mode where players can play online with up to 8 consoles and the local split-screen more for up to 4 people. Updates for the game are released on an ongoing basis and are free of charge.

Other gameplay elements haven't changed much, but it is worth mentioning that the size of the world in the console version is limited - it is 1024x1024 blocks. Another important change is the inability to change the difficulty level during the game. The interface of the container, which also has a recipe system, has also been changed slightly. There is another minor change: in console versions, the soundtrack is played all the time unlike in the PC version, where music can only be heard at random moments. 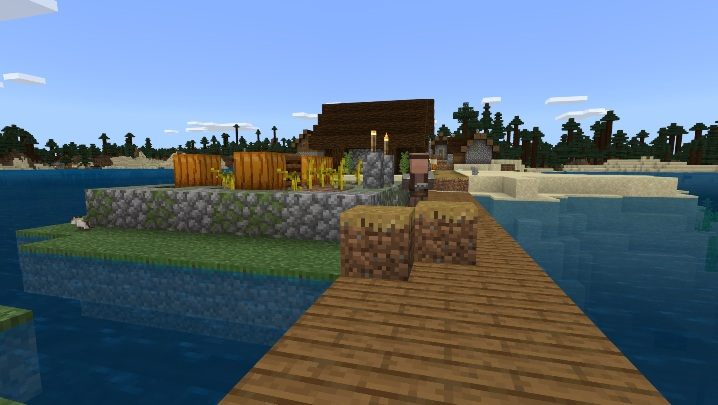 Minecraft first appeared on PC on November 8, 2011. Subsequent versions were released on:

The versions for the next generation of consoles are no different from the one released on PC. They even have a cross-play option that allows you to play with your friends on different platforms.

You can buy a mobile version of Minecraft. That way you will be able to play the game anywhere. The android and iOS versions cost $6,99 each.